Nigeria Will Regret Not Giving Goodluck Jonathan A Second Chance

On 31st of March 20115, the then president Goodluck Jonathan picked his phone and called Muhammadu Buhari to concede defeat and congratulate him on his victory in the presidential election. It was a historic move as the Independent National Electoral Commission had not officially announced the result of the election. It was also the end of Jonathan’s attempt to return to power and continue with his own process of shaping Nigeria.

Goodluck Jonathan had his flaws; which Nigerian president doesn’t? Insecurity was rife in the northern part of the country to the point where the terrorists were controlling some local governments and hoisting their flags in land reclamation. The announcement of the removal of fuel subsidy which increased the price of fuel from N65 to N141 per litre on the 1st of January, 2012 was from many political observers, a very bad timing. Although the price was later reduced to N97, the damage had already been done: the goodwill Jonathan enjoyed came crashing down and set the motion for his defeat in the 2015 presidential election.

To give credence to the fact that it was the timing that affected the removal of fuel subsidy, President Muhammadu Buhari removed fuel subsidy a year into his office and price of fuel increased from N97 to N145 per litre.

In spite of Jonathan’s flaws, he remains the best president Nigeria ever had and the country is sure going to regret not giving him a second chance. 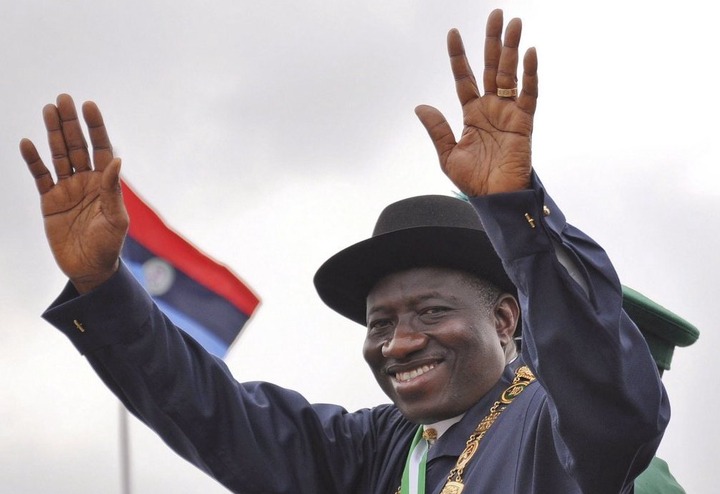 Road constructions, repairs and dualisation should not be considered achievements of any president because rod projects will continue to feature for the next 20 years or more. Instead focus should be on policies, ideologies and decision that would help shape the direction of the country for a long time and this is where former president Goodluck Jonathan exceled.

Jonathan assembled a host of technocrats in his administration particularly with the appointment of Ngozi Okonjo-Iweala as minister of finance and Akinwunmi Adesina as minister of agriculture. In these two sectors particularly, Nigeria recorded tremendous growth.  In 2014, Nigeria had the largest economy in the continent thanks to key growth in the entertainment and telecommunication sector.

Nigeria’s agricultural sector underwent impactful changes under the administration of Jonathan as a result of key policies put into place by then minister, Adesina. He made important moves in the fertilizer sector making access to it easier for farmers which ultimately improved food production particularly rice. His plan to give mobile phones to farmers failed as a result of the country’s network availability problem in rural areas. His focus on modern farming and innovation changed the perspective on farming as he sought to infuse technology into what was once considered a sector for the uneducated.

The Nigerian education sector too underwent important changes. Being a former academic, Jonathan focused on the development of education from the primary to the tertiary institution. He established nine federal universities and Almajiri schools in the north to reduce the number of children roaming about begging for alms. 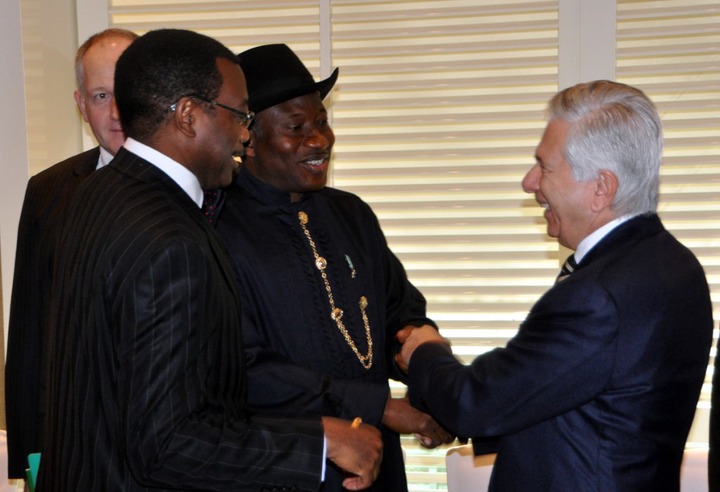 To further contribute to development in education, the former president established the Presidential Special Scholarship Scheme for Innovation and Development which through a selection process gave scholarship to bright students particularly from less-privileged homes to pursue their academic interest.

Similar to development in education was Jonathan’s focus on youth development. In his opinion piece titled: “How we developed Nigeria for the future”, the former president wrote:

“Studies reveal the symbiotic relationship between youth unemployment and youth restiveness. Accordingly, most violent crises in Africa have been traced to a lack of education among its teeming youth population. Genuine search for development and sustainable peace must therefore begin with youth empowerment and entrepreneurship.”

Jonathan’s interest and focus in youth education, empowerment and entrepreneurship as panacea for poverty, militancy, terrorism and poverty is seen in different policies established during his administration. The establishment of the Youth Enterprise with Innovation in Nigeria (YouWIN) and Youth Employment in Agriculture Programme (YEAP) provided aids to youths for entrepreneurial, technological, business and agricultural development.

These policies and achievement were not meant to benefit the Jonathan administration alone. Most of them were seeds planted to develop the future of the country. For example, while Nigeria was battling Boko Haram insurgency, the Almajiri schools established by Jonathan were geared towards preventing the breeding of the next crop of terrorists by providing them with education.

The establishment of the ICT incubation centre gave birth to the Co-Creation Hub that has developed software engineers and gave birth to other startups. Achievements like this are quick to go under the radar because they are not as visible as tarred roads and huge trains. However, the effect is seen in human capital growth and multiplicity of beneficiaries.

Jonathan’s core vision for Nigeria can be summed up in two political positions: Unity and true federalism. As simplistic as they may seem, these two ideals have the power to shape the growth of Nigeria and accelerate its development.

Nigeria is a country that has always struggled to be a united nation. The amalgamation of tribes and ethnic groups of different and very opposite ideologies has made unity difficult. The Nigerian civil war shortly after independence further polarized the nation. The largely Islamic north and Christian-dominated south have struggled to live together harmoniously. Ethnic tension and tribal sentiments have affected the nation. These issues have also found their way into economic decisions and political discourse.

While other presidents have reiterated that the existence of Nigeria is non-negotiable in what sounds like a military-styled order, Jonathan approached this from a peaceful negotiation perspective. This is first reflected in the appointments he made as president making sure there is a sort of balance among the geo-political zones. This is also evident in the selection of the regions for the nine federal universities.

Without a united Nigeria, the peace of the nation will be threatened leading to socio-political breakdown and economic sabotage. This is evident in how Jonathan played a key role in the Niger Delta amnesty for militants that threatened the country’s economic position as a result of low oil production.

Jonathan also strived to achieve true federalism which would have undoubtedly set the tone for better regional independence, sustenance and development. In 2014, Jonathan hosted the National Conference that brought together about 500 delegates chosen from the six geo-political zones to discuss issues related to the country and proffer solutions. One of the significant recommendations of the conference was a return to true federalism. The Jonathan administration promised to work with the confab’s recommendation but a year later, he was voted out of power and the discussion on true federalism has since died.

Without true federalism and national unity, Nigeria faces the risk of socio-political and economic stagnation as every other development is hinged on peace, stability and healthy economic competition as these represent the vision of the Nigerian future Jonathan had.

One thing supporters and detractors of Goodluck Jonathan will agree on is that he is a good man both as a politician and as a person. In a country rife with ethno-religious tension, Jonathan stood out as one of the few politicians who prioritized the peace of the nation above other things. In 2006, the US Central Intelligence Agency predicted that Nigeria would disintegrate in 2015. This prediction would probably have come to pass if Jonathan had not in a historic move called to congratulate Buhari. This singular move unarguably prevented loss of lives and destruction of properties. He himself has reiterated that the sanctity and preservation of human lives is important. At the beginning of his re-election campaign in 2015, Jonathan wrote:

“I have said it before and I will continue to say and live by the fact that my ambition, and indeed the ambition of anybody, is not worth the blood of any Nigerian. Therefore, I urge all Nigerians to look forward in hope as we fulfill the dreams of our founding fathers to ‘build a nation where peace and Justice reign’.

In that regard, we must make the election of February 14th, 2015, a contest amongst brothers rather than a struggle between foes.”

Jonathan demonstrated this position both in words and deeds. By conceding defeat before INEC’s final declaration and congratulating the winner, he doused the political tension in the nation and prevented the loss of lives and properties in the country. 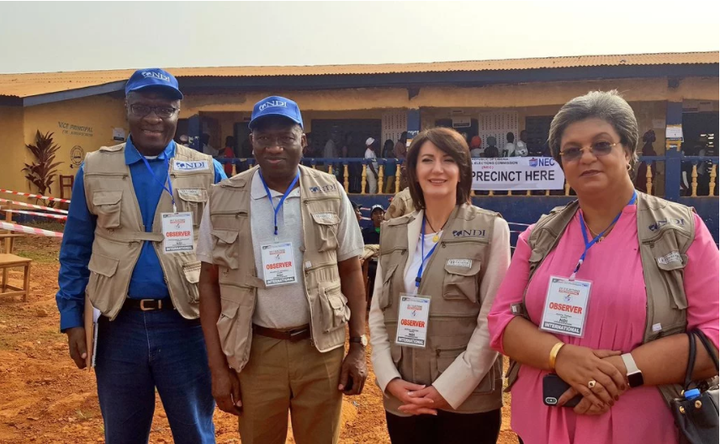 It is no surprise that after his presidency, the former president has continued to serve in leadership roles both in the African continent and outside of it. He is the chairperson of the newly inaugurated International Summit Council for Peace. He was also appointed the UN Special Envoy on Crisis Management and has led the AU Election Observer Mission to several countries.

Jonathan’s vision for Nigeria was one that focused on solutions for the future in a peaceful approach at national development. He was a firm believer that economic growth cannot happen in the midst of chaos and that the future of the country can only be sustained by youths who are given access to education. If he had been given the chance to continue as president for a second term, Nigeria would have had the opportunity of seeing the seeds of his vision blossom.