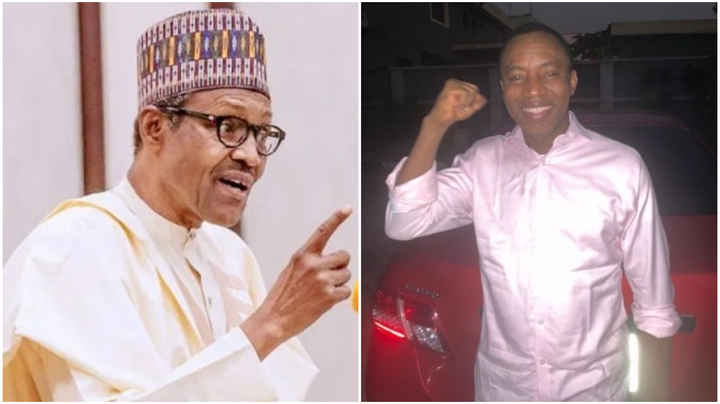 Former presidential candidate and activist, Omoyele Sowere mounted the hill of freedom on December 24 when he was finally released from the custody of the State Security Service (SSS) after being held for over 150 days, despite two court orders granting him bail.

The news came as a pleasant surprise to his supporters and for a flash of time, democracy seems to be winning in Nigeria. However, only a select few understand the workings that enabled the release of Sowere from the claws of the SSS and by chance, the release of Sambo Dasuki who had been held for four years against court rulings granting his release.

As submitted in an earlier report Senator Bob Menendez, U.S senator from New Jersey, sent a message to President Buhari in which he promised that the United States is watching and if the SSS continues to hold Sowere (who is a husband to a US citizen), actions will be taken and it won't be in the interest of the country.

That was the beginning of the pressure being mounted on the Nigerian government. However, at that stage, it was more of testing the waters and Senator's Menendez's warning was only almost taken likely. It got more serious when three other United States senators spoke up and reechoed the message to the Nigerian government, demanding that democracy be upheld.

Making it more official, a letter was written and sent to Attorney General of the federation, Honourable Minister Abubakar Malami on December 20, in which they reiterated that Sowere be released and the rule of law be respected. 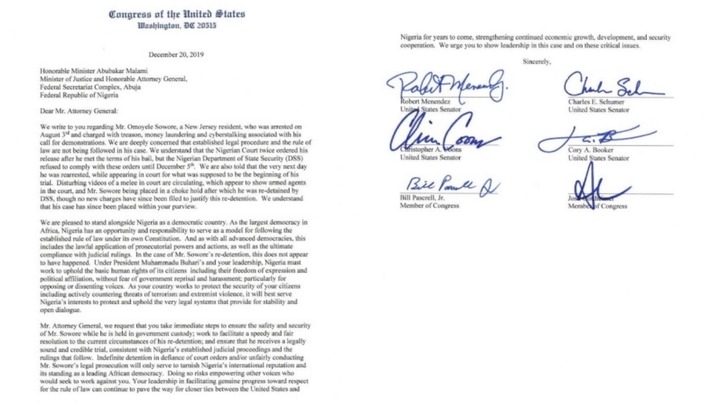 As the letter was on its way to the government, the US already placed Nigeria on a watchlist of countries that are religion intolerable and what that means is that the country was put under scrutiny.

For those who understand how the US extends its dominance, a trap was being set for the Nigerian government and failure to compile will bring difficulty on the nation and it was then that the handwriting on the wall was clear for all to see.

It is easy to link these events and understand that this was a major part of why Sowere and by chance, Dasuki were released. The Nigerian government is simply more afraid of the United States and every country in the world can understand why.

At the end of the day, justice prevailed even if Big Brother (United States) had to first step in.