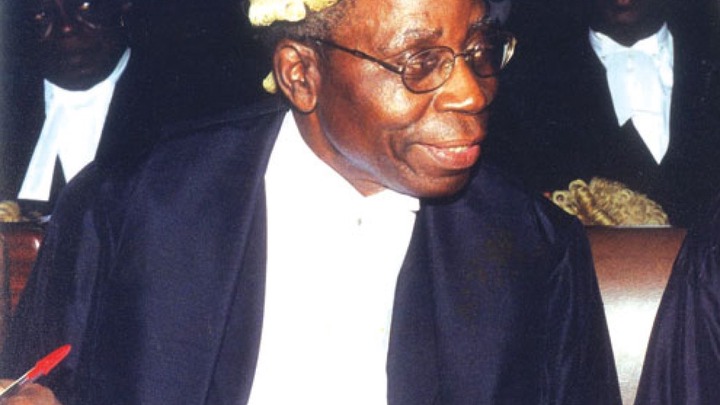 Ìgè, who was a legal luminary was hacked down by assassins just two days to Christmas of 2001 after all his security personnel reportedly left the house at the same time on the guise that they wanted to get something to eat.

Ìgè’s assassination wasn’t the only political killing that marked the beginning of Nigeria’s Fourth Republic. Others to have been felled by assassins bullet were Harry Marshall, the national vice chairman for the South-South Zone of the now defunct All Nigeria’s People’s Party (ANPP), who was killed in his home in Abuja; Ogbonnaya Uche, an ANPP senatorial candidate in Imo and former commissioner in the state was gunned down in his home in Owerri on February 8, 2003, and died two days later; Barnabas and Abigail Igwe were killed in Onitsha, Anambra (Barnabas was the chairman of the state branch of the Nigerian Bar Association); Ayo Daramola, a PDP governorship aspirant in Ekiti was stabbed and shot in his hometown of Ijan-Ekiti, hours after he staged a campaign rally in Ado Ekiti, the state capital the previous day; Funso Williams, a leading governorship aspirant of the ruling PDP in Lagos was strangled in his home. All these murders remain unsolved as the killers of these men have yet to be brought to book but all of them pale in comparison to Ìgè’s; this is due to the fact that he was at the time the country’s number one law enforcement officer. Many young Nigerians who were not born before Ìgè’s murder will wonder why his killing was highly significant. Years before his assassination, Ìgè was a one-time governor of the old Oyo state in the Third Republic (1979-1983). He was also Nigeria’s Commissioner for Agriculture (3 January 1967 – 23 December 1970) under General Yakubu Gowon. He previously served as Minister of Power and Steel under President Olusegun Obasanjo before his appointed as the Attorney General and Minister of Justice. Ìgè was highly revered nationally and internationally. Before his assassination he was about to take up a new position as a member of the United Nations International Law Commission. In November 2001, he declared that the Federal government would not allow the Sokoto State government to execute the judgment of a verdict passed by a Gwadabawa sharia court to stone a woman, Safiya Hussaini to death for committing adultery.

However, before his demise it was rumoured that Ìgè had told Obasanjo that he was leaving the administration to help his party, the Alliance for Democracy (AD) ahead of the 2003 elections. He was the party’s leader and the AD had won all the Southwestern states in the 1999 elections and there was a need to consolidate its victory in the forthcoming elections. After his demise, the tide turned for the AD as the ruling PDP won all but one state (Lagos) in the region. Ìgè who lost the AD’s ticket in 1999 presidential election to Olu Falae was also alleged to be planning to contest the 2003 election against Obasanjo under the party’s ticket. 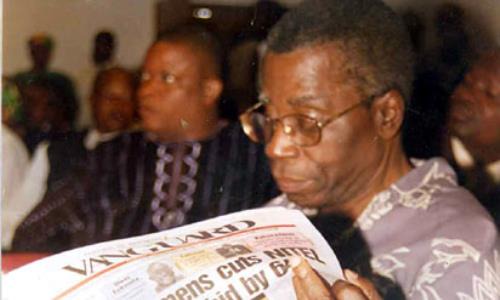 Some are of the opinion that Ìgè's murder was linked to a political tussle in his home state of Osun between the governor, Bisi Akande; a political mentee of Ige and Iyiola Omisore, his deputy. After Ìgè’s murder Omisore was implicated as the mastermind after a political thug Fryo confessed to being part of the murder. Fryo was later freed when the government withdrew the case from court for “want of evidence”. Omisore who was detained for the murder went on to win a senatorial election while in prison.

Speaking on Ìgè’s murder, Nobel Laureate, Wole Soyinka who called the PDP a “nest of killlers” blamed the government of Obasanjo for protecting and rewarding Ìgè’s killers.

“The government at the time of Ìgè’s killers know the truth. That government protected – I repeat – protected, and rewarded his killers. Those who wish to dispute this had better first immerse themselves in the circumstances of that murder, and the unconstitutional, indeed illegal trajectory of the principal accused, one that not only facilitated his unconstitutional participation in the ensuing election but catapulted him straight to the occupancy of the seat that had been kept warm for him during his trial and absence,” Soyinka said. He added that, “On release, he was ushered straight into the slot of Chairman of the Appropriation Committee of the House of Representatives. That was not all. The head of that government, General Olusegun Obasanjo, proceeded to burnish Ìgè’s memory with characteristic zeal.”

Bọ́lá Ìgè never got justice, but we can still save his legacy: he was a visionaire, a legal enigma, a lover of the youth, a civil rights activist, a politician and an orator. Eighteen years after his brutal assassination, Nigeria is yet to find and bring his killers to book. The question on the lips of many this 23rd day of December, 2019 is who killed Bọ́lá Ìgè?