Open Apology To Ex-President, Goodluck Jonathan. We all need to apologize 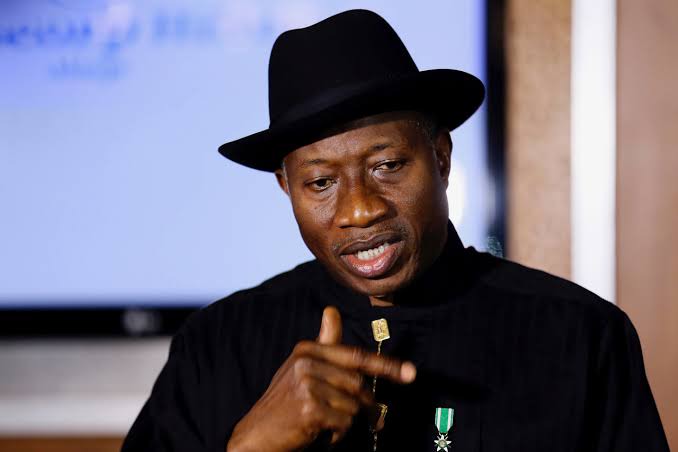 In the history of Nigerian Politics, the sitting president that was most abused and insulted still remains Ex-president Goodluck Ebele Jonathan.

Jonathan started his foray into Nigerian politics and has grown to be one of the best president Nigeria could ever be blessed with.

The 20 November 1957 born Nigerian politician who served as the President of Nigeria from 2010 to 2015, Vice-President of Nigeria from 2007 to 2010 and as Governor of Bayelsa State from 2005 to 2007 saved the nation from being plunged into war following the general elections which he lost to General Muhammadu Buhari as he became the first sitting Nigerian president to concede electoral defeat with open mind and heart.

Your excellency, I on behalf of millions of Nigerians wish to tender an unreserved apology to you for the numerous ills that was done to you during your government most especially the unceremonious exit from power which brought in a military dictator in civilian dress.

While you reigned as the president of the federal republic of Nigeria, the nation witnessed even distribution of wealth among all regions while we experienced developmental projects across all states of the federation without special consideration for a particular region above another. Aside that, political appointments were not from one single ethnic group during your reign as president with proper representation of all tribes in Nigeria benefiting from your political appointment.

What do we say about your fight against corruption? Many of us had believed that during your administration, corrupt practices were everywhere and that was the dummy that the then opposition party in partnership with some international bodies sold to us which we believed. I, on behalf of other millions of Nigerians wish to also apologize for being so gullible to believe the anti-corruption crusade of the All progressives congress which has yielded no positive result till date. Rather, Transparency International has just scored us to be one of the worst countries in terms of corrupt practices.

During your administration, we are assured of security, but never contented with what we had back then. Little wonder, they came with several promises that they will bring back our girls and all other fake promises. Over five years now, they are yet to put an end to the security challenges in the nation. Efforts put in place by the South-west governors are fast discredited by these same set of people that couldn't provide adequate security for Nigerians.

We also witnessed buoyant economy while you served the nation as the president. Under your administration, we had the finest hands handling the economy and prices of goods were considerably cheap for ordinary Nigerians to buy. We have had enough sufferings now under this administration and feel so sorry to have ousted you out of power, giving way for the APC to run us into the present hardship witnessed by Nigerians. It has become so difficult for us to eat even once in a day while the first family are busy enjoying the nation's money and the president going on trips and visits to foreign lands. Why won't they have closed the borders.

What about our foreign exchange and foreign reserve? What about the price of petrol? It has become nothing to write home about since you left government in 2015. It has now dawned on us that we made a very big mistake by not returning you to power.

Your excellency sir, we also miss the comical nature of our dear first lady, Mrs Dame Patience Jonathan. She gave us life, and made us live happily after tedious days at work.

Indeed, we are very sorry. Kindly accept our apology.