Mikel Agu’s Super Eagles’ return – A Call Up in Futility? 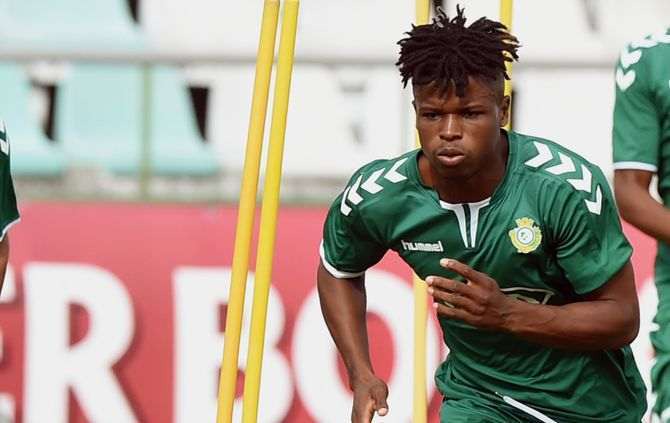 Nothing feels better for professional footballers than an invite to represent their fatherland, talk less of an invitation to return to the national team after been left out in the cold for over a year. Little wonder the former FC Porto player, Mikel Agu in a chat with brila.net said, “I’ve been very happy, that I couldn’t eat.” It definitely means so much to Mikel Agu, but is this a return in futility?

Apparently, head coach of the Super Eagles Gernot Rohr have called up a vast number of young players, building a dynamic squad in the process; while many have become the mainstay of the team, others have vanished without an exhibition.

However, taking notes of Gernot Rohr’s recently invited players to the national team suggests that the Franco-German tactician is keeping tabs on the foreign leagues, with the likes of Dennis Emmanuel, Peter Olayinka, Joe Aribo, Ramon Azeez, putting in eye-catching performances on a weekly basis; thus Mikel Agu’s recall didn’t come as a surprise because the Vitoria Guimaraes midfielder has been exceptional so far this season.

The combative midfielder has played four Europa League Cup games this season, starring in the home and away tie against Arsenal FC, where he was in his elements posting a passing accuracy of 95%, as well as showing off fantastic break up and hold up play in the midfield. 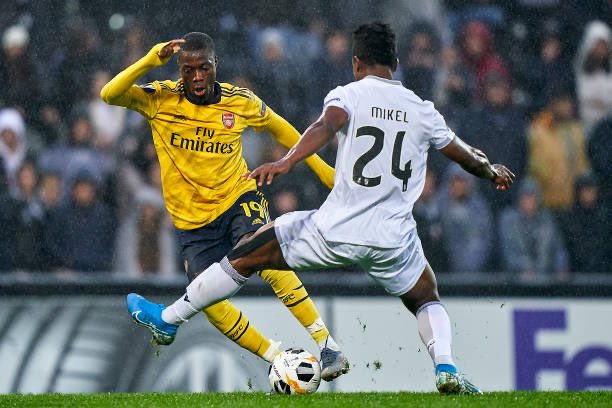 Mikel Agu in action against Arsenal FC in the Europa League

However, returning to the national team is a whole interesting scenario for the 26 year old who has been capped 7 times for the Super Eagles. With the retirement of Mikel Obi, as well as no show for Ogenyi Onazi, John Ogu, and Joel Obi, one should say Mikel Agu has come to stay, but has he really returned to stay?

Mikel Agu presents the national team with different attributes, somewhat a clear deviation from the midfielders the team currently possesses, unlike Wilfred Ndidi and Ogehenekaro Etebo who have become the team’s midfield pairing, Agu is robust, not a ravenous tackler, keeps things simple, shows positional discipline, and plays to instruction.

One thing we know was during his stint with the national team last time out, while Agu was a tireless runner and ball winner, he didn’t really appeal to the fans, because of his inability to pick out passes after winning the balls off an opponent which was his Achilles heel in some occasions.

In my opinion, Agu’s big frame and balance will be best utilized in the defensive midfield role, a position one of the best tacklers in the world Wilfred Ndidi has made his own, so there comes the problem for the returnee.

More so, the central attacking midfield role has been effortlessly played by Oghenekaro Etebo who puts in a great defensive shift as well as bombs forward with the same vigor, a role I doubt Agu can fit in.

Furthermore, Mikel Agu is also not a flair player in midfield, Alex Iwobi and Joe Aribo quickly comes to mind; an ability to knit a through ball, do some fancy footwork, drag opposition defenders off their positions, get into scoring positions at the right time, and get among the goals in some occasions are attributes I doubt Agu has.

I don’t want to jinx his return, Mikel Agu could be a squad player, or possibly displace one of the regular midfielders.

Interestingly, Nigeria tackles Benin Republic and Lesotho in the 2021 AFCON qualifiers and Agu has a second chance to win the heart of Nigerian football supporters.

Who can Mikel Agu displace in Rohr’s current midfield set-up?