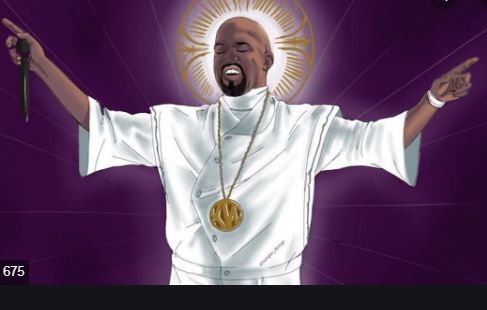 He spoke during a visit to the Union Rescue Mission on Skid Row in Los Angeles, according to a video posted by TMZ.

Many people say: Thank you for the Sunday service. I thank God. The Sunday service saved my life; he said just as he (Kanye West) picked up the microphone during the gathering at the homeless shelter.

This thing (Sunday service) was an alternative to pornography and opioids, Kanye says.

West started his Sunday service a year ago after accepting JESUS (the Christian faith).

The meeting, which takes place every Sunday, offers remixes of songs inspired by the gospel of the choir and is generally open to the rapper's close friends and family, including Kim Kardashian, his star wife.

Two months ago he released his first Sunday service album Jesus is King, which the rapper calls an expression of the gospel.

And on Christmas day (25/12/2019) he released the second album Jesus is born, on which 19 sacred songs by the choir can also be heard.