Real Betis winger Joaquin rolled back the years on Sunday as he became the oldest player to score a hat-trick in La Liga history.

The 38-year-old plundered three goals inside the opening 20 minutes in his side's clash with Athletic Bilbao at Estadio Benito Villamarin.

After opening the scoring at the far post after just two minutes, Joaquin made it 2-0 after 11 minutes with a low curling effort before completing his hat-trick with a cool finish in the 20th minute.

His treble takes his La Liga tally for the season to six goals – the same as his total from last season and the most he has scored in a domestic campaign since 2003-04.

Joaquin – capped 51 times by Spain – started his career at Betis before moving to Valencia in 2006. He then enjoyed spells at Malaga and Fiorentina before returning to Los Verdiblancos in 2015.

While no stranger to chipping in with a few goals, he's never been prolific in front of goal and admits his first treble will likely be his last.

“It's the first hat-trick of my life. I don't think it's going to happen again,” Joaquin said post-match.

“I've never been a goal-scorer throughout my career, so I'm really proud to be able to get three goals against a rival like Athletic. Considering my age, it's not an easy thing to do.”

Real Betis coach Rubi is happy to see Joaquin continue to defy his age but believes he should have ended the night with four goals and not just three.

“It was a shame he missed his chance for the fourth goal, it was probably his easiest opportunity to score," Rubi said. “He keeps showing how good he is despite his age.”

Their good form comes after a run of just one victory from seven matches, with Rubi pleased to see his side turn a corner, courtesy of Joaquin's efforts.

"I am very happy because we saw those positives before the results arrived and they justify that feeling," he said.

"I am very happy for the fans, for the club, because we did not deserve so many adversities. Now, to learn from the mistakes of the past and to look more and more forward." 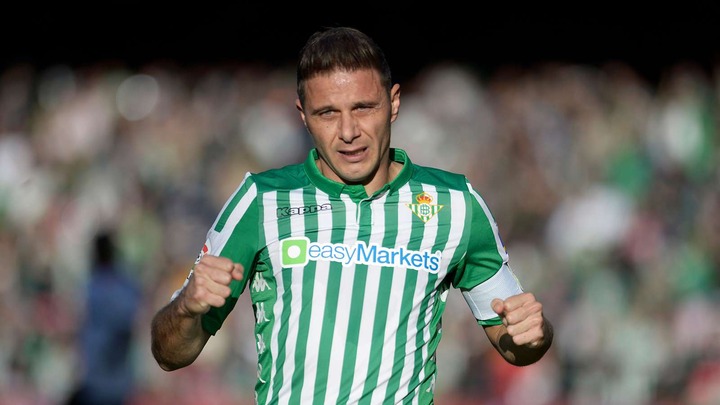