TAMING THE LONG CLAWS OF SEXUAL ASSAULT AND RAPE

A Sexual assault occurs commonly worldwide and is particularly pervasive in the developing world. The background of sexual violence is important in the understanding of the ramifications of the problem, However, Sexual violence is a common phenomenon and occurs worldwide.

Photo - (An illustration of a teenager about to be raped)

Data available suggests that in some countries, one in five women report sexual violence by an intimate partner and up to a third of girls report forced sexual initiation. Sexual assault encompasses a range of acts, including:

(8) Trafficking of women and girls

Note: It is very important to know that sexual assault is not discriminatory to sex, it encompasses both male and female of any age.

A United Nations statistical report compiled from government sources showed that more than 250,000 cases of rape or attempted rape were recorded by police annually; From 65 Countries, A rating was done and most African countries fall between 1-15 of these ratings. However, PUBLIC ENLIGHTENMENT has been shown to be a critical tool in changing behavioral attitude, beliefs and value system of people. Therefore, there should be intense public enlightenment and education at schools, social clubs, cultural group gatherings, churches, mosques and through the media, to first of all, demystify the myths about sexual assault. These myths inform the way many people think about sexual assault, and because they are in the background unconsciously influencing people’s thoughts, the false assumptions may be seen as being true.

For example, when we read in the newspaper that a young girl has been raped, perhaps near a nightclub, we often instinctively search for a cause other than the real one (that she was raped because a man with the power to do so decided to rape her). Perhaps, we proffer the reason for the rape as tied to the place she was raped, or the time of the day, or the clothes she was wearing, or the fact that she was alone. This way of thinking deflects blame from where it rightly belongs to the perpetrator of the crime. Details of these myths are the subject of a well researched publication. 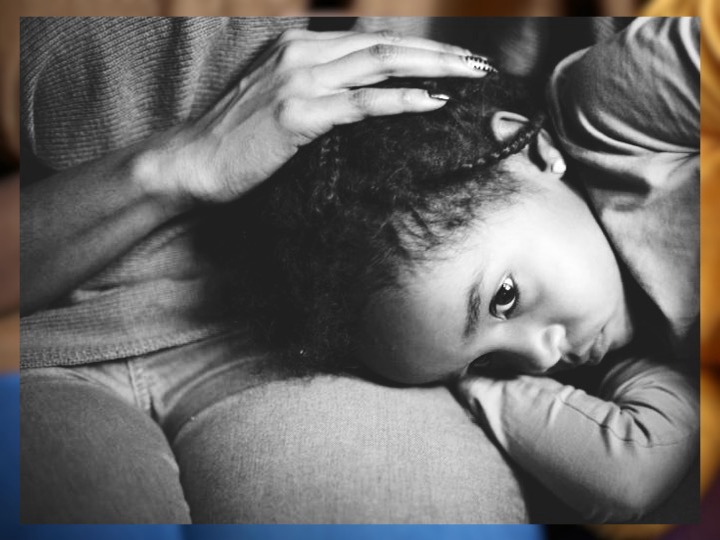 Photo - (Discussion between a mother and daughter)

Discussing this topic with our kids in the best way they can understand might help in the prevention of this, making our children our best friend rather than scare them saying "When a man touches you, you will get pregnant". Also, Rape and Assault cases should be treated as a first class Offense, Such that those found guilty of such cases can be treated as murderers or even worse.

A better healing process should be put together for those who speak out, And also a functional Organization should be put in place to help fight for the helpless whose children or even they themselves has been assaulted in one way or the other.