The article lay emphasis on how to make a a girl who is mad at you easily forgive you.

Say Sorry and be as genuine as possible. Start out with a heartfelt apology. A simple, "I am really sorry for what I did. I was wrong," is a perfectly acceptable way to start out. You cannot get an angry girl to forgive if you don’t apologize, so start off on the right foot by saying sorry first. Don’t use a snarky or sarcastic tone. You don’t have to apologize if you think you were wronged, but don’t expect her to forgive you anytime soon. If your goal is to get her to forgive you, you’ll need to apologize even if you think you didn’t do anything wrong. "I’m really sorry," and "I’m so sorry" sound better than, "Sorry," which can come off as curt and dismissive.

Own your mistake and admit what you did wrong. You aren’t going to be able to move forward until you accept that you were wrong, so don’t bother trying to bring up anything that she did. If you’re uncomfortable apologizing or owning up to your mistake, take a breath and keep your apology simple. If you’re scared that you’ll start a fight or you can’t keep calm, consider writing your apology down and giving her the letter. This will have the added benefit of showing her that you care enough to take the time to write your thoughts down. Say, "I should have told you about the job before I told my friends. I screwed up," or, "I know that it was wrong to not call you when I came home and I’m sorry."

Express remorse to show her that you feel bad. She is more likely to move past your mistake if she knows that you feel bad about what you did. Feeling guilty is a sign that you know you did something wrong, and telling her that you understand why she’s upset will make it easier for her to try and let it go. Say something like, "I shouldn't have blown you off the other night. I feel terrible."Even if the two of you aren’t romantically involved, explain why your mistake was so bad and acknowledge your relationship. Say, "You’re my best friend, I don’t know why I would ignore your calls like that," or "You’re my sister and I’d never be dishonest on purpose."

Promise to never repeat the mistake again. Start to wrap up your apology by vowing to never repeat the action that upset her again. Explain that you simply made a mistake and that you’ll never do it again. Use the word "mistake" to talk about what you did. This makes it seem like you weren’t actively trying to hurt her. Don’t say "I’ll try to not do it again," but, "I won’t do it again." If you frame it like it’s outside of your control you’ll seem like you’re leaving the possibility open that you’ll do it again in the future. If you’re going to explain your mistake, say something like, "I won’t say something like that ever again. I thought I was telling a joke, but I see that it was dumb." If you try to justify it you may only make things worse. 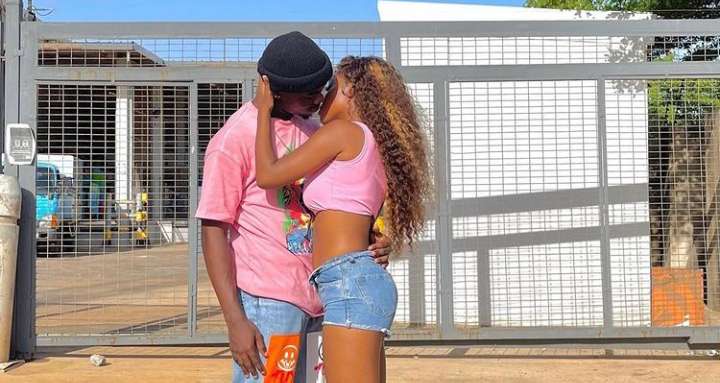