Covid-19 4th wave will result in fewer deaths, but vaccinations are still sure, relative to experts. 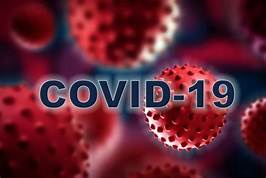 The ratio of hospital admissions and fatalities to infections and cases in SA's anticipated Covid-19 fourth wave is "much lower than in prior waves."

According to the South African Covid-19 Modelling Consortium, which issued their newest study with the National Institute for Communicable Diseases on Wednesday, this is due to immunizations, particularly among the elderly, and to protection from past illnesses. According to Dr. Sheetal Silal, "even in the hypothetical situation of a total abandonment of a behavioral reaction to revival, the magnitude of the fourth wave in admissions is expected to be less than the third wave, in the absence of a new variety."

However, the number of infections and identified cases "may be comparable" to previous waves. Silal highlighted that the current research should be interpreted as an examination of situations rather than projections. The scenarios developed by the group were based on two variables: people's behavior in reaction to the possibility of revival and the introduction of a hypothetical new variation that evades immunity. With these two variables and other factors such as expected past infection rates and vaccination rates taken into account, the modellers created four scenarios and projected that mortality in a fourth wave may range between 8 200 and 44 800. If increases in socializing occur in January rather than November, "later and weaker waves are predicted, as a bigger proportion of the population will be vaccinated."

They emphasized, however, that lower admissions peaks may not always imply that the hospital system and personnel can cope.

"This also relies on how much hospital capacity can be made available in the future." "Even with ongoing behavioral weariness, fast immunization of the community is a tremendous weapon for reducing severe sickness and mortality," said Silal.