OFFICIAL: Arsenal Striker Will Leave In The Summer It has been confirmed that England international Danielle Carter will leave Arsenal Women this summer. 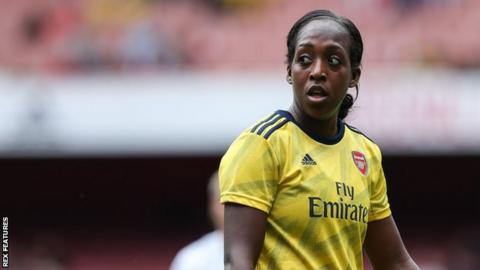 After spending 11 years with the Women's Super League side the 27-year-old striker will leave when her contract expires in the summer.

Carter dropped a farewell message to Arsenal fans on her official Twitter page to confirm her departure form the club.

"It is with the heaviest of hearts that my time at Arsenal has come to an end," She said.

Arsenal Women head coach Joe Montemurro has this to say about her.

“Danielle has been an amazing professional and character through very difficult times over the past couple of years," he said

"We want to wish her all the best for the future.”