Story about our one and only Broda shaggi 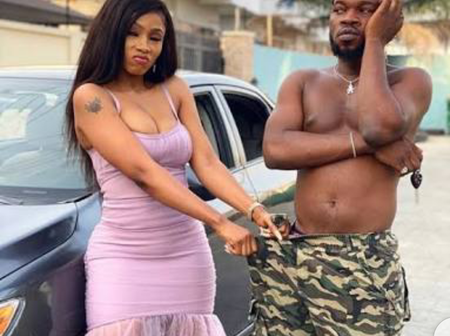 Story about our one and onlyBroda shaggi

His real name is Samuel Animashaun, aka Sammy Perry but he prefer to be seen as Broda Shaggi . We have come to understand that several person don’t know much about brodashaggi and his comedy skit, here is his biography, profile, net worth , relationship to Aunty shaggi and more.

Broda Shaggi whose real name is Samuel Animashaun is a new comic sensation on the social media trending which everybody is feeling and can’t get enough of because of his funny comedy skits. ‘Broda Shaggi is popularly known for his character as a neighborhood street rascal , he is popularly called Agbero and his comments on every issue in the country or his immediate environment is so hilarious that it can make you laugh and cry at the same time.

Young broda shaggi has become so popular on Facebook and his fame has seen him gain the admiration of both fans and celebrities alike on social media including Instagram and You-tube.

Broda Shaggi is a Nigerian actor, comedian and voice over artiste. His passion for acting and comedy originated during his childhood days. While he was growing up, he has the burning passion to act drama and he couldn’t wait to grow up so that he can fulfill his destiny. Right from his childhood days, he knew he had the ability, capability and flare to be a comedian but he didn’t start his comedy career on time.

In a recent chat with the comedian, he revealed that his late father was the person who motivated him to start his comedy career . His late father know much about dram because he taught drama at Mayflower Junior School, Ikenne, Ogun State. Since then, he has been able to play and interpret several roles . He has played some characters like Inspector Perry, a policeman; Professor Dele, and Akonni Ibadan. This was prior to when he started going on stage with the name Broda shaggi.

Despite having a soft spot for comedy, he didn’t have the opportunity to take it very seriously. He decided to take his career to the next level when he was still studying at UNILAG . He also said that comedy is what h loves doing because he likes to make people laugh non-stop so that people can relate with it and forget the current economic situation of the country for some time and be happy.

“ When i perforom on stage all they do is laugh despite the situation of the country. My aim is to affect people with comedy in a good way. That was what prompted me into doing comedy in the first place.”

How The Name Broda Shaggi Came About

Obviously, many would wonder why he chose the name Broda Shaggi, this is what really happened. The name Broda shaggi came about when he went to his mechanic’s workshop and overheard some of the mechanics playing around the character. He liked the name because it is funny and capable of making you laugh.

He thought about adopting the name because people can remember it easily, and he finally made up his mind to use the name and since then he has been successful , unique and highly sought after.

Broda Shaggi officially gained massive recognition after the release of “Jesus appeared in Mushin” comedy skit . In the skit Shaggi was asked by Aunty shaggi what he would do if Jesus appeared in that area, he said he will mobilize area boys to hold him, take him to Quilox buy him some drink and collect some money from him.

Broda Shaggi portrayed himself as an area boy in Yoruba setting in that video. The comedy skit went viral in social media platforms including Facebook, Instagram, Youtube and it was even shared on Whatsapp. The skit gained thousands of views and comments on YouTube and Facebook, that was how he become very famous.

While many people liked the comedy skit but it didn’t go down well with celebrities as they heavily criticized the skit and further advised that he take down the video because according to them, it is mocked the name of Jesus Christ. In his response to the critics, he responded by saying he was an actor and there was no way he could have expressed that character if he didn’t do it the way he did it.

Who Is Aunty Shaggi

Obviously, many people think Broda shaggi’s girlfriend is the lady who acts as his interviewer, Sophia Uriren. Boda Shagga has strongly debunked this assumption by many people.

He revealed that they are just friends and no strings attached, they met last year November at a movie location. They connected and started working together after he shared his idea with her and she liked the idea.

For those people who think they are related please know that they are not related in any way and they are not dating . They are only doing what they do to make people laugh and forget their sorrow.

In a recent chat with a top Web portal, Broda Shaggi was asked who among the Nollywood actress he would like to go on a date with and he mentioned Uche Jumbo. According to him, he said “That Would Be Uche Jumbo“. His reasons is that the actress is so humble, down to earth and someone who is easy to approach amid all the popularity and fame that she is accustomed to have.

He furthered mentioned that, Uche Jumbo is like a elder sister to him and also said she gave him a platform to showcase his talent in her upcoming TV series. He also said that Uche Jumbo is a one famous celebrity he easily get along with