The Azimio La Umoja brigade has today stormed Nyamira County. The Raila led team has now made a stop over at Nyamaiya. Thousands have turned out for the rally and as we speak the venue has been brought to a Standstill.

The Azimio La Umoja brigade has drummed up support for Odinga's presidency terming him as the best suited to succeed Uhuru on August. 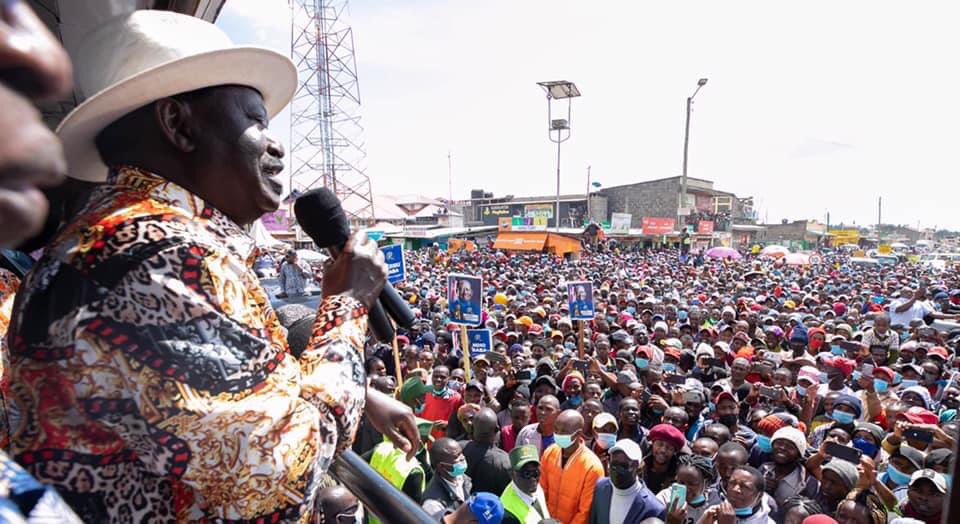 Nyamira leaders led by Timothy Bosire have asked the people to support Odinga's journey to clinch the top seat. He assuared them that the Odinga government will bring more development projects to the Gusii region.

Raila Odinga on the other hand promised to initiate Baba Care program which shall cater for all medical bills to all Kenyans.

The Former Prime Minister also assuared all single mothers of his support should he capture power on August 9th.

Please share this with the Azimio supporters, tell them, and let them know that Raila Odinga is in Nyamira County live now. Kindly like this and follow this profile for more political stories.