Money does not make women happy in relationship: Blessing CEO

It is generally accepted that with money, romance can be financed easily. Well, for Blessing Okoro popularly known as Blessing CEO, money does not bring happiness to women.

The relationship expert said women who are in a relationship with men who have no other thing to bring to the table apart from money don’t have happiness. 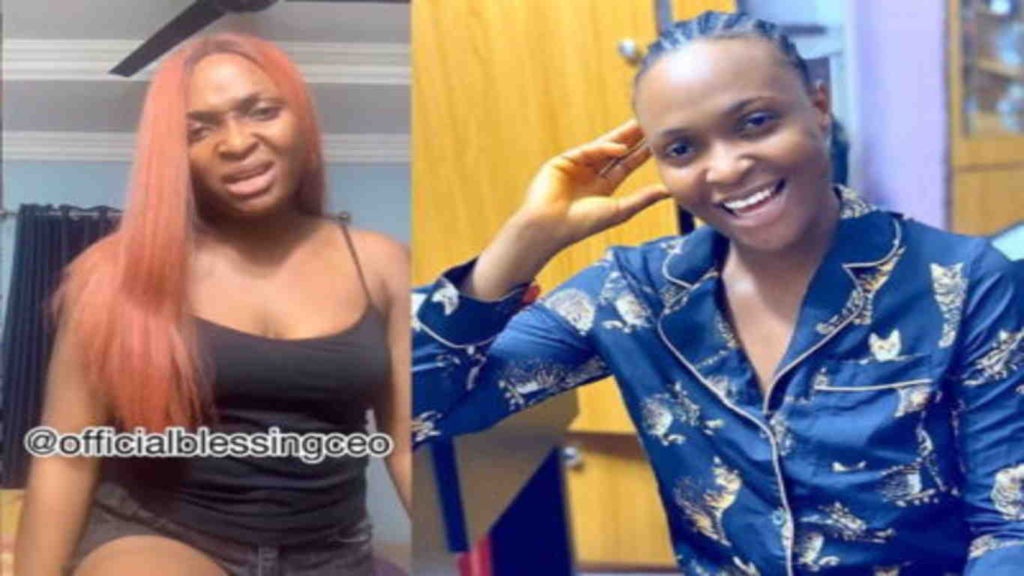 She described such men as ‘insecure,’ noting that their insecurity comes when they feel threatened by other men who are richer than them.

The mother of two boys stated that what gives their gender happiness are the things money cannot buy. She encouraged women to make money in order not to rely on men.

Taking to her Instagram, she wrote, “A lot of men are so insecure because all they can give a woman is money. So they get so scared that another man might give their women more money, but guess what?

“You women are the ones giving men your money.

“Money does not make women happy, money only excites a woman. What makes women happy are the little things money can’t buy. Some women are just hungry.” 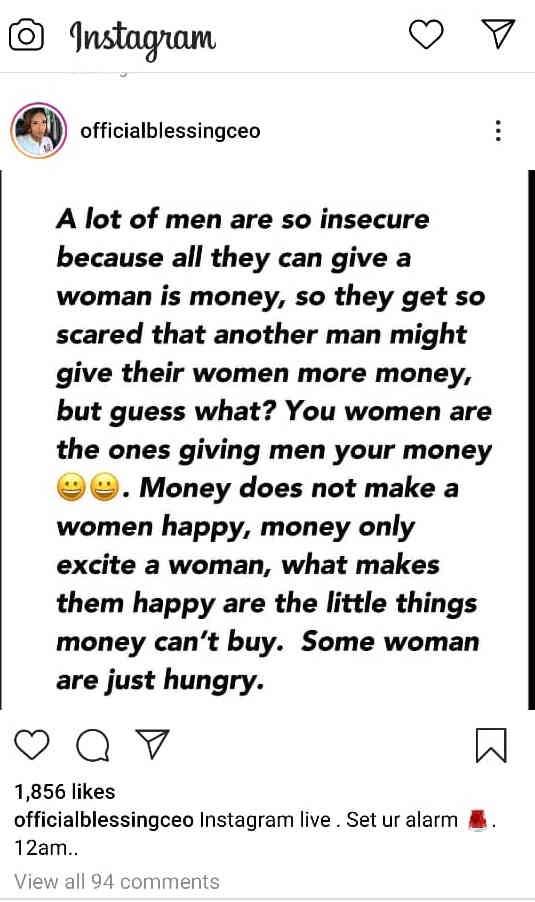