Roman Reigns will be taking a WWE hiatus after all, on top of his new contract... 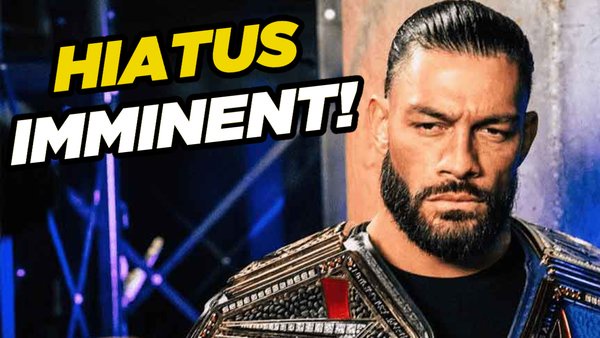 Roman Reigns looks set to take a 10-week hiatus from all WWE programming this summer.

Today's episode of Wrestling Observer Radio brought a report from Dave Meltzer, who stated that the reigning Undisputed WWE Universal Champion had been removed from all television and house shows between 19 June and the United States' Labor Day holiday (5 September). Effectively, WWE's top star is taking the summer off.

Meltzer stated that Reigns is still advertised for premium live events within that window. Presumably, this would be Money in the Bank on 2 July, SummerSlam on 30 July, and potentially Clash at the Castle on 3 September. Whether or not he will feature on these events is unclear, however: an advertised appearance isn't a guaranteed appearance - and it'd be odd for him to show up on premium live events without a TV build.

There is currently no word on why Reigns is taking this break.

Meltzer reported on Monday that Roman had signed a new WWE contract allowing him to work a reduced schedule. As a result of this, the 36-year-old will be working fewer house shows going forward.

A promo cut by Reigns at a recent Trenton, New Jersey live event sparked speculation on his future over the weekend, with Roman stating that he was entering a "new phase" in his wrestling career.