APC Crisis: How Buhari, Giadom-Led NEC Took Big Decisions That Will Shake Oshiomhole And His Camp The ruling All Progressives Congress, APC took some landmark decisions that may restore peace to the party following long period of crisis that has been rocking it. 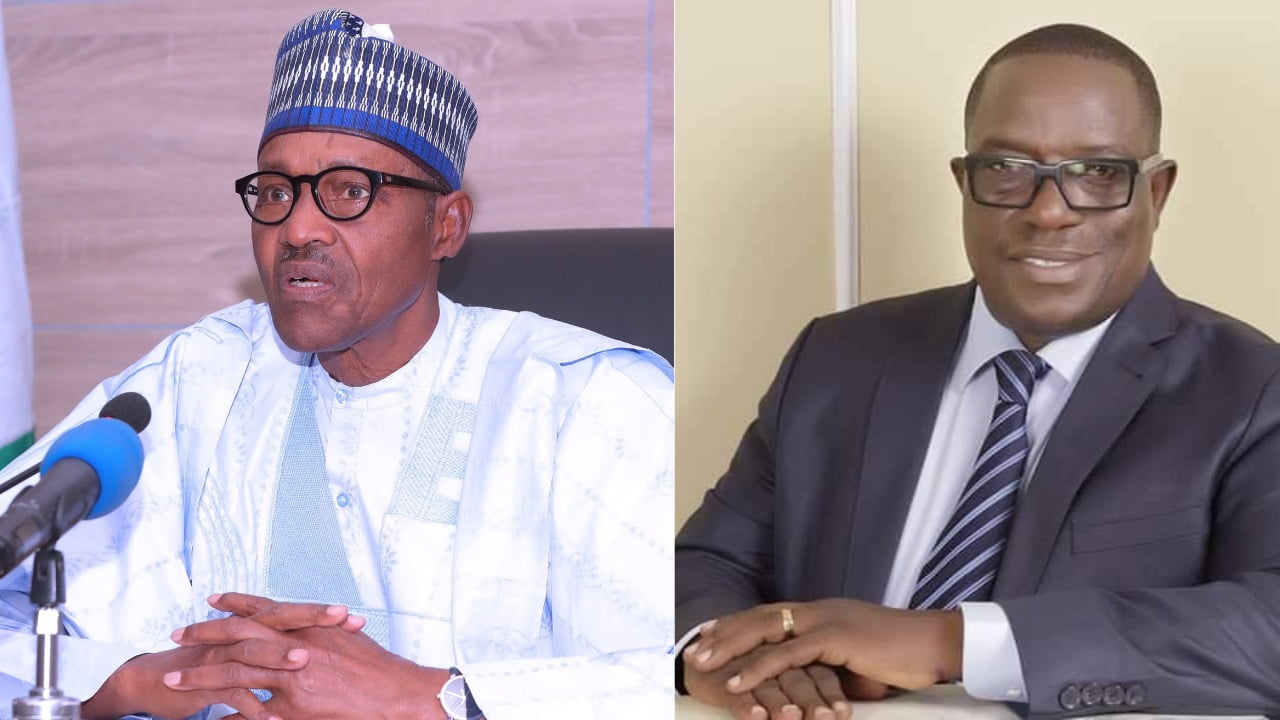 President Muhammadu had backed a factional acting Chairman of the party, Victor Giadom who convened the National Executive Committee (NEC) meeting of the APC today. Buhari's backing of Giadom changed the game as many APC Governors also attended the NEC meeting. Although, some members of the APC National Working Committee (NWC) led by Hilliard Eta rejected the invitation to attend the NEC meeting.

They are seen to be loyal to the suspended National Chairman of the party, Adams Oshiomhole. Also, Oshiomhole's camp is believed to have the support of the APC National Leader, Asiwaju Bola Tinubu. The Eta-led camp insisted that the NEC meeting fixed by Giadom was illegal because he is no longer a member of the NWC.

This article centres on some big decisions taken at the APC NEC meeting that is that took place today. These key decisions will have significant impact on the party and may affect some top officials of the party going forward. The decisions may also help to restore peace in the ruling party with a view to making the party win more elections and gain better consolidation. Although, the decisions will shake Oshiomhole and his camp in some ways. 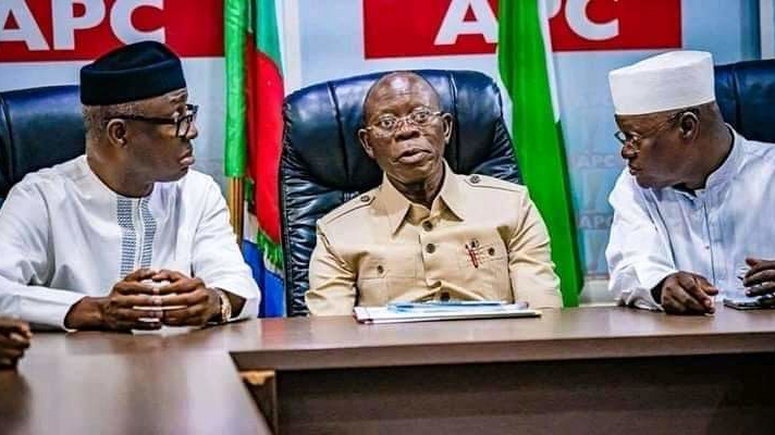 First, the NEC dissolved the NWC of the party. By this decision, it means that the NWC ceases to function and all the members are no longer going to be doing their normal work again. The NWC is led by the National Chairman of the party who used to be Oshiomhole before his suspension by the court and the Court of Appeal upheld it. The decision to dissolve the NWC was reached at the NEC meeting held on Thursday. In fact, according to a presidential media aide, Bashir Ahmed who made the development known, the decision was made as a result a recommendation by Buhari himself.

That is very significant. Buhari is the over all Leader of the party by the virtue of his office as the President of the country under the APC. Most complaints and calls for action to save the party were directed to him to wade in and save the party from from collapsing as a result of the serious crisis facing the APC. Now that it was Buhari that made the recommendation and other members of the NEC agreed, it means that no one would likely oppose it.

Second, the NEC set up a caretaker committee to steer the affairs of the APC. The NEC of the APC set up a caretaker committee headed by Governor Mai Mala Buni of Yobe State to run the party affairs now that the NWC has been dissolved. The Yobe Governor is a strong loyalist of Buhari and he is the Chairman of the caretaker committee that was set up. Well, it is good to say that the Yobe Governor had good experience in the leadership of the APC at the national level because he was the National Secretary of the APC for years. In fact, he was reelected for another term in 2018 before he eventually won the Yobe governorship election later in 2019. So, Buni can handle the affairs of the party based on his performance and good experience. 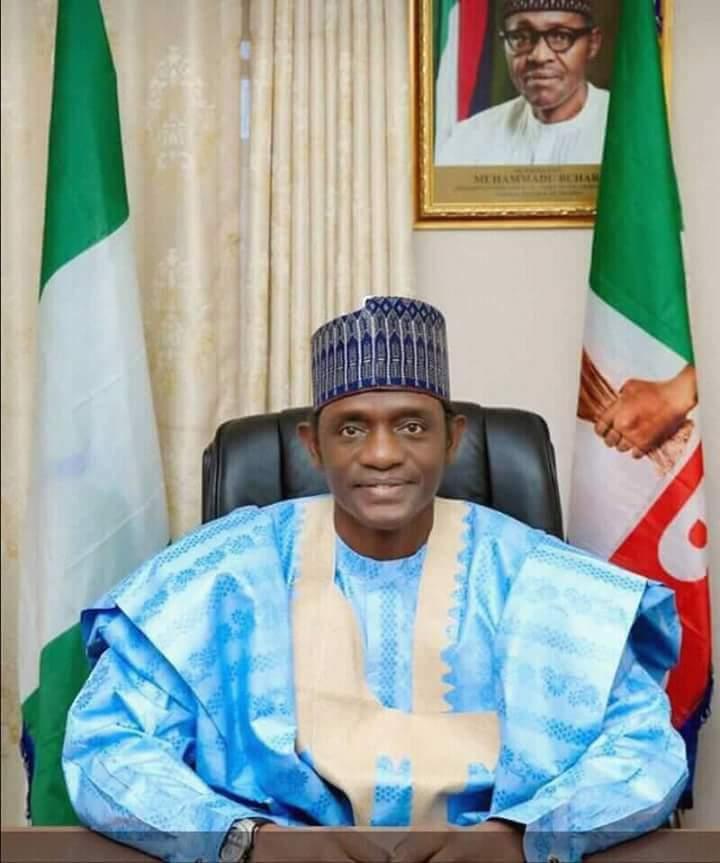 It appears that Buni's appointment as the caretaker committee Chairman has the backing of his fellow APC Governors. They did not oppose. No group opposed it. To add to that, it was the Chairman of the Progressive Governors’ Forum (PGF) who is also Kebbi State Governor, Atiku Bagudu, that revealed the report of Buni's appointment.

Bagudu made the development known while speaking to the State House correspondents at the end of the NEC meeting in Abuja. In fact, the APC Governors could even be instrumental to the success of the NEC meeting so as to save the party from the lingering crisis. They also would have helped to get the backing of Buhari for the NEC to hold.

Third, the NEC gave the caretaker committee time frame to organize a convention of the APC to elect a new leadership. This arguably seems biggest decision the NEC took that will hit Oshiomhole and his loyalists hard. Could this mean that Oshiomhole would not return as the APC National Chairman? Well, Governor Bagudu also told the state House Correspondents after the NEC meeting that after months, the caretaker committee headed by Buni is expected to convene a convention that will produce new leadership. Do you also think that Oshiomhole will be re-elected the National Chairman of the APC at the new convention? Well, time will tell. Six months from now will be in December. By then, the picture will be clearer.

Finally, the NEC approved the Edo APC primary that produced Osagie Ize-Iyamu as the party's governorship candidate. But for emphasis, Buhari directed that all party members should discontinue all ongoing court cases as they affect the party. There are many court cases facing the APC already. Now that Buhari has directed the members to stop all the cases against the party, do you think that they will disobey the President? Moreover, do you think that the current officers and NWC members who may not be comfortable with the decision of today's NEC will drag the party to court? In any case, Buhari, APC Governors and other NEC members present in today's meeting appear very decisive and will confront anybody that goes against the decisions that were made. 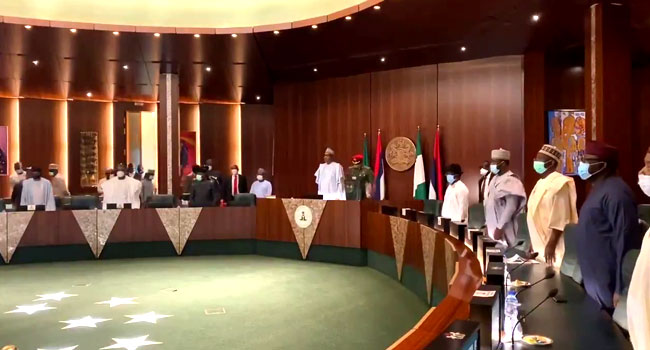 They will wield the big stick against those that may want to worsen the crisis facing the APC which they met today with a view to resolving. Do you think that today's NEC meeting will bring peace to the APC or worsen the crisis rocking the party?