This is a letter to Mercy Chinwo.

You know how to sing.

Your a good and great singer.

I want to see you Mercy Chinwo.

You are a great woman. 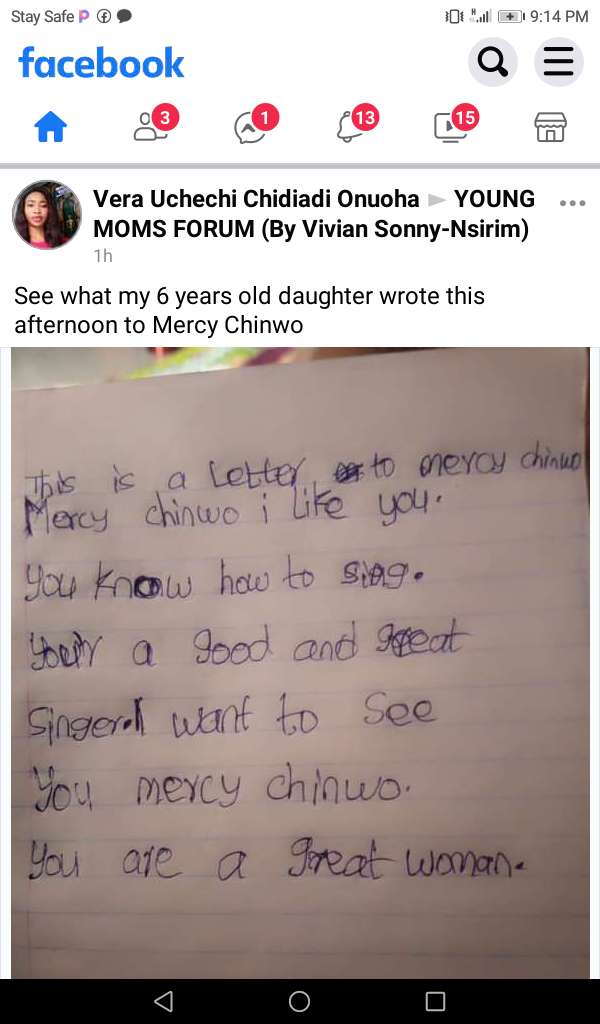 Mercy Chinwo is one of the popular Nigerian Christian musicians whose beautiful voice is second to no other. She has released over 50 christian albums that are more of ministration. She is really making impacts in the lives of Christians. 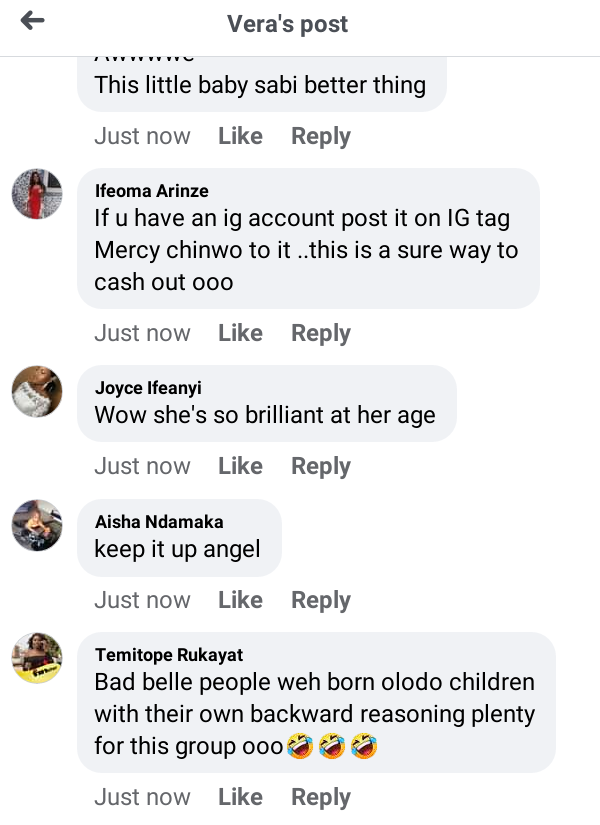 The little child said that she wants to see Mercy Chinwo, do you think, this can be possible?