Junction junior's actor Mungai Mbaya who is also Tyler Baya or Baha of Machachari elder brother and his girlfriend Aisha were expecting their first child, they were so excited and being first parents at such a young age would seem challenging to many but not to them they were happy for their bundle of joy.

Things went on so well and she successfully gave birth to their baby boy on 28th May Known as Lyric Kagechi Mungai and he was so lovely. However as she posted on her social media page she said that a month later that is 28th June he breathed his last as he had tried his best to fight by God's plan are not out own.

She ays she is still in shock but they will always treasure him, since he made them so happy.

Many of their fans joined in and eend their message of condolences. 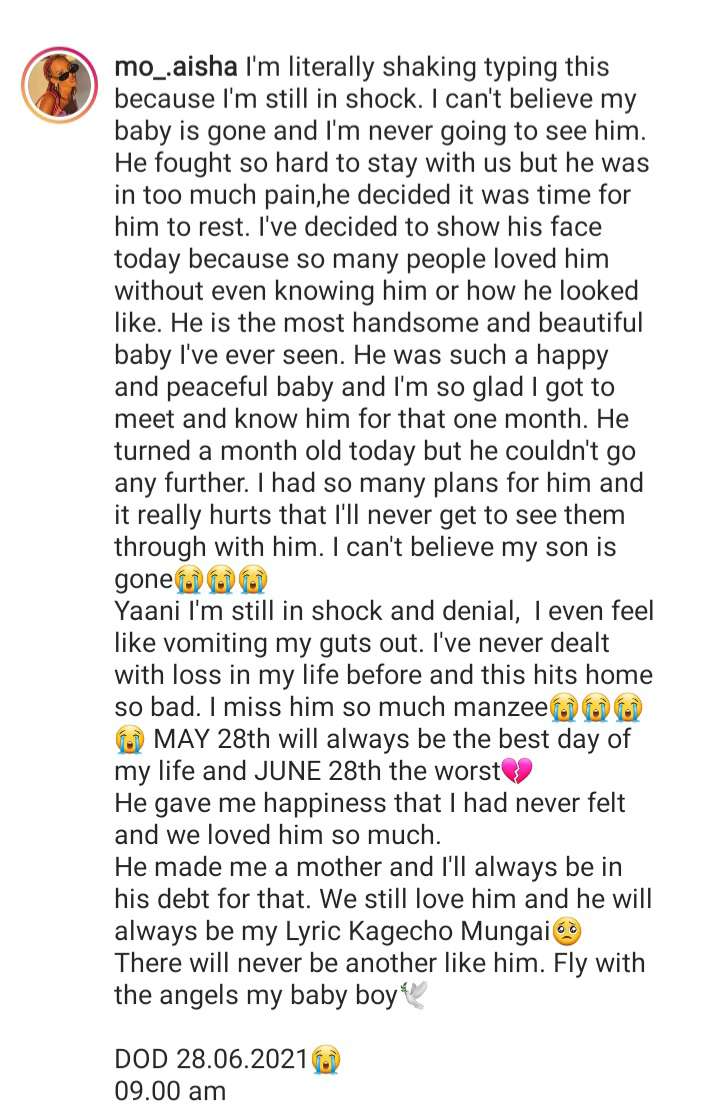