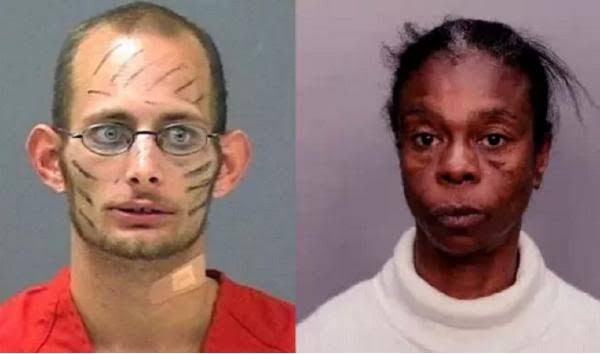 A couple in Florida, Titio and Amanda Watts were arrested a few days ago for selling "golden tickets to heaven" to hundreds of people.

They sold the tickets on the street for $99.99 (about sh 390,000) per ticket, told buyers the tickets were made from solid gold, and that each ticket reserved the buyer a spot in heaven, "Simply present the ticket at the pearly Gates and you are in".

Tito Watts said in his police statement: "I do not care what the police say, the tickets are solid gold. And it was Jesus who gave them to me behind the KFC and told me to sell them so I could get some money to go to outer space.

I met an alien named Stevie, who said if I got the cash together he would take me and my wife on his flying saucer to his planet that is made entirely of drugs. You should arrest Jesus because he is the one that gave me the golden tickets. 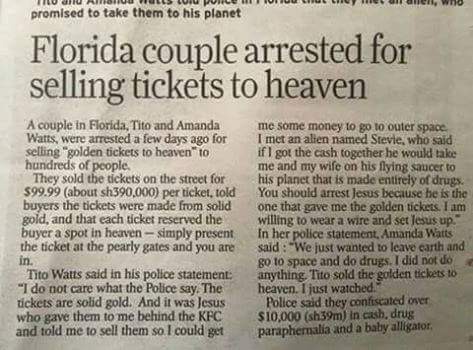 I am willing to wear a wire and set Jesus up". In her police statement, Amanda Watts said : "We just wanted to leave Earth and go to space and do drugs. I did not do anything. Tito sold golden tickets to heaven, I just watched".

Police said they confiscated over $10,000 (sh 39m) in cash, drug paraphernalia and a baby alligator.