After leaving the Machakos, Lilian Ng' ang' a has been bombarded by trolls from fans who believe they have a right to know about her personal life. So far, she' s been accused of pretending to be the Machakos Governor with Juliani, and this was before she broke up with the politician. 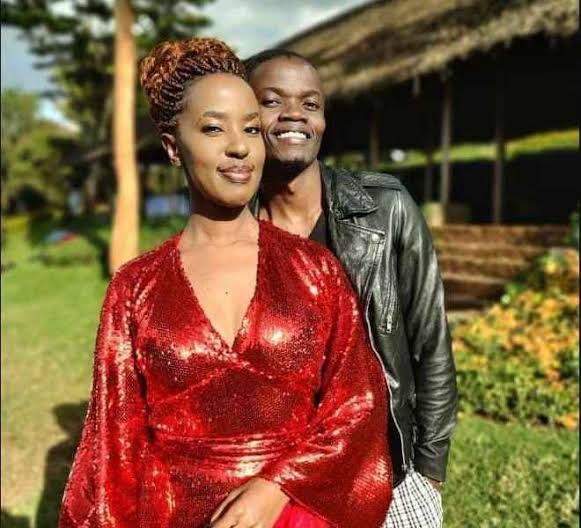 Probably because the two had been seen together on multiple times before suddenly announcing their romance. Since then, some social media users have made it their mission to make Ms Ng' ang' a' s life a living hell, and they haven' t stopped yet. 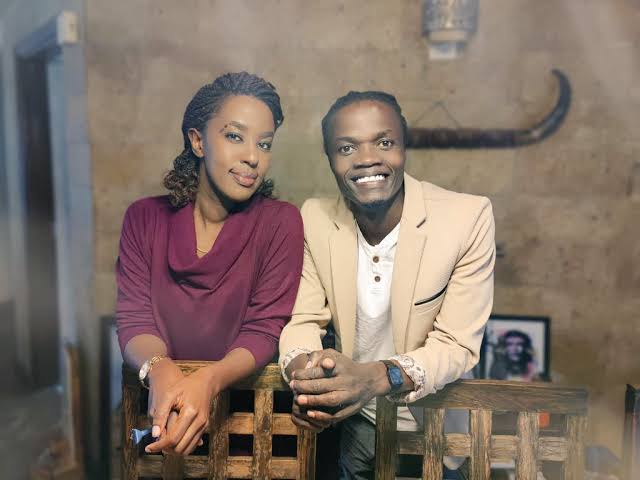 Just a few hours ago, Lilian Ng' ang' a tweeted about the importance of appreciating people around us, writing:

When folks die, we saturate their pages with praise. I' m curious if you told them how much you valued their love, companionship, and other qualities while they were still alive. Let' s shower one other with praise and admiration while we' re still alive, not while we' re dead.

One admirer, however, took it upon himself to remind Ng' ang' a why she should follow what she teaches by praising the Machakos Governor in a comment. 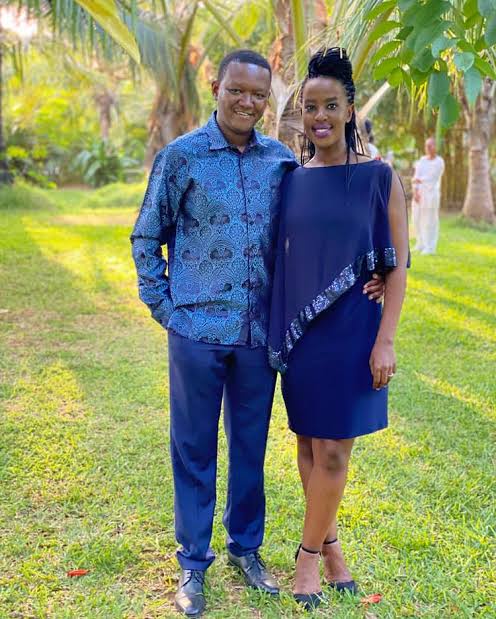 According to the guy, Mutua is the reason Ng' ang' a has succeeded in life, as he allegedly upgraded her from a twerking KQ hostess to the lady she is now. He continued, saying,

" For bringing you from a twerking KQ hostess to when you were kidnapped from him by a scavenging musician. " 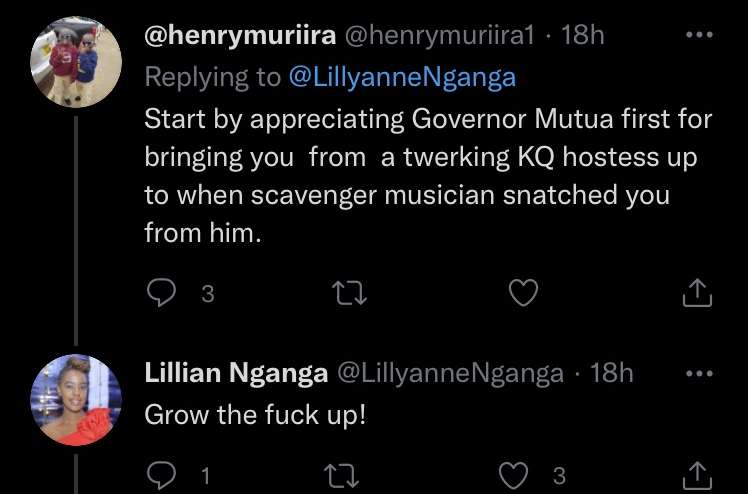 And for some reason, this comment brought out Lilian Ng' ang' a' s harsh side to the point where she became rude. She responded by saying,

Grow the f*ck up

I suppose Lilian Ng' ang' a had every right to retaliate in this manner, especially when everyone was picking on her. People should know their actions have consequences.