Reasons why Babies Don't Cry when You stand Up

Taking care of a newborn sounds straight forward enough, right? Maybe those cries subside when mama provides a little breast milk. Or maybe baby is soothed by a diaper change. When your baby is crying, it feels nearly instinctual to stand up to rock, sway and soothe them. That’s because standing up to calm babies is instinctual . 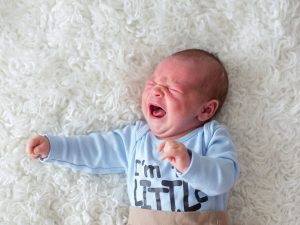 You stand up for a second and behold, your baby stops crying. Sit back down, and the baby wails again. If you have been in that exact situation with your baby, it turns out you are far from alone. In fact, scientists have studied this very phenomenon and not only is it well documented and observed as a thing, but there are even some theories as to why babies prefer their caretakers to be standing up and in motion. Babies evolved to stfu if their moms were standing up and in motion. And screaming their little heads off if their moms did anything else. The researcher call this stuffing the “calming response ,” meaning that not only are babies quieter when they are held by an upright human, but their heart rates slow as well. They are mellowed out in body and mind. 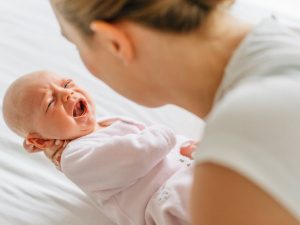 “The infant calming response to maternal carrying is a coordinated set of central, motor, and cardiac regulations. Infants under six months of age carried by a walking mother immediately stopped voluntary movement and crying and exhibit a rapid heart rate decrease.” the authors ; hypothesize that this “calming response ” is adaptive and increases the chance of infant survival. This is even more proof that, as daunting as motherhood is, our hearts and bodies already know so much of what to do. From the way we talk to babies to our “spidey senses” when something is amiss, these things we do without second thought come from deep within us. 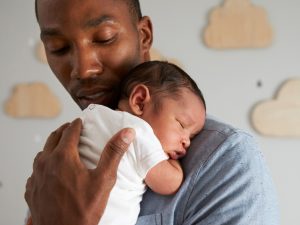 So why do babies stop crying when we stand up? Because being carried induces physiological response  that calm and soothe babies. Being carried by mom induces “central, motor, and cardiac regulations” that have a calming response stronger than rocking or other kinds of movement. Our babies evolved to want to be carried . Which is good because sometimes mama has to do things that can’t be done from a rocking chair. 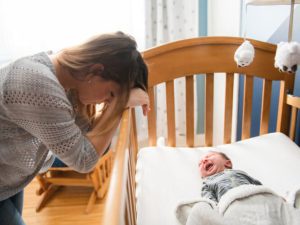