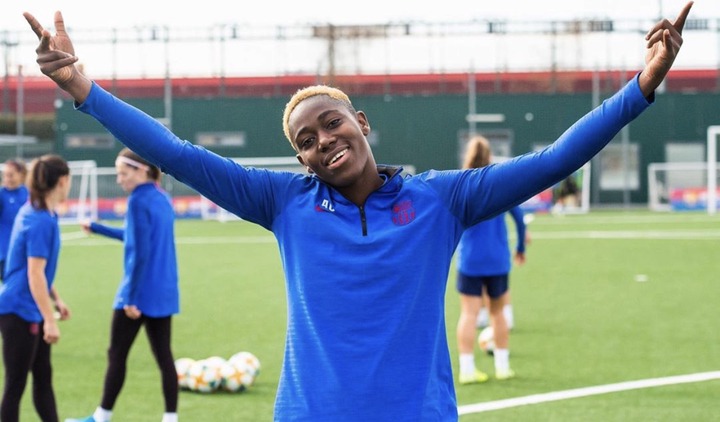 Super Falcons Captain, Asisat Oshoala has declared herself ‘single’ on Instagram and also said she isn’t expecting any gifts on Valentine’s Day.

The 25-year old who is currently in the books of Spanish side, Barcelona Femini on Thursday declared herself single with two posts on Instagram. 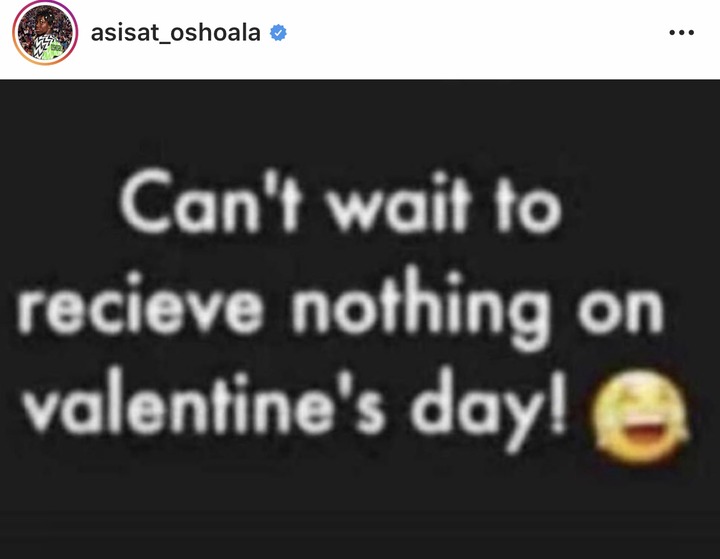 The first post was “Can’t wait to receive nothing on Valentine’s Day” with a caption, “I’m so excited”. 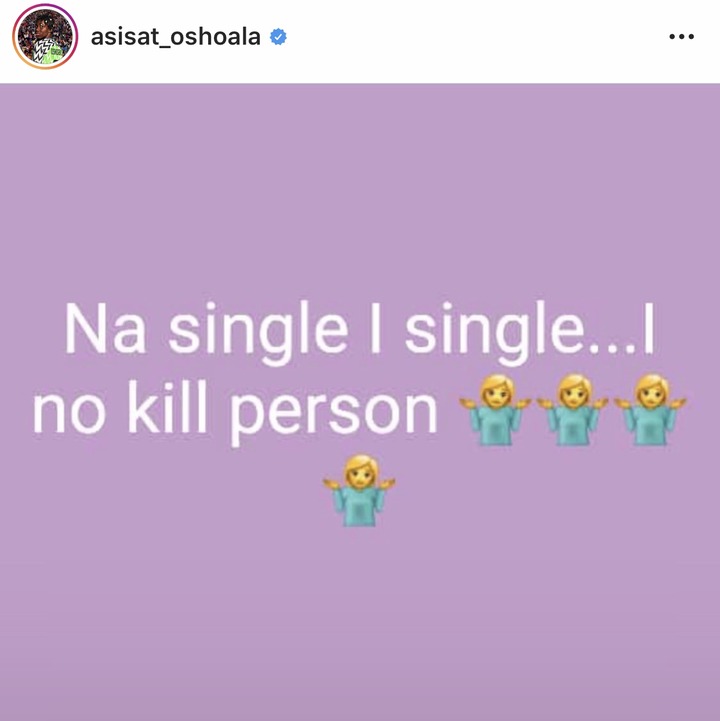 The former Arsenal Forward followed it up with a post “Na single I single. I no kill person” which literally means she is single and that’s not a crime.

Meanwhile, there was a rumored relationship between the Super Falcons and Super Sand Eagles Legend, Abu Azeez few years ago, but it was nothing concrete.

Asisat Oshoala continue to put Nigeria on the map, as she was crowned the African Women Player Of the Year for the fourth time, earlier this month at the CAF Awards.