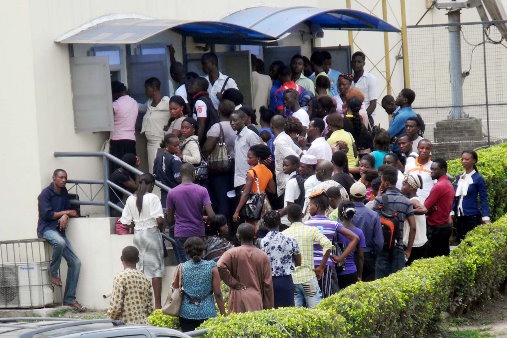 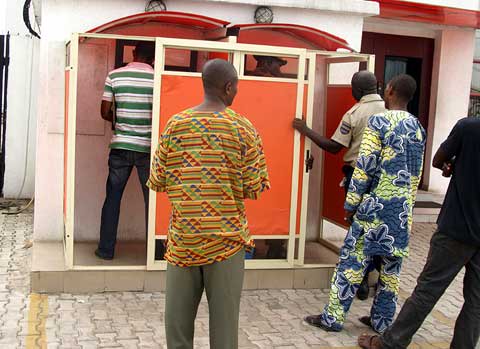 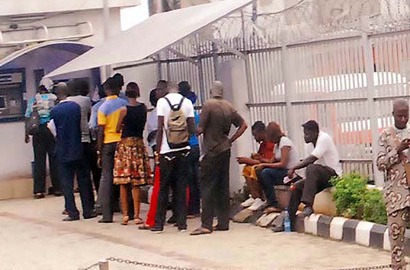 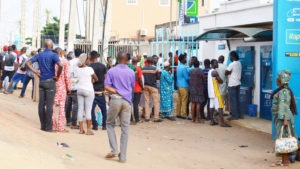 am very calculative of the times I make use of an ATM. If it’s not very early in the morning, I don’t bother except it’s an emergency cos the last thing I want is to meet a queue. A queue containing one or more of these characters.

This one has 380.36 in his account yet he slots in his card at least five times to withdraw 5K, hoping for a miracle. He doesn’t leave the ATM until he is certain ‘insufficient funds’ is spelt correctly. I met one like that last month. He kept reinserting his card and on a closer inspection, I found out he was trying to withdraw N400!

This one is fond of picking quarrels with the ATM. Even though the machine keeps reading his pin is incorrect or his card has expired, he keeps swearing. Often times, he reports the ATM to the next person on the queue. Like we care!

The is that guy that adds stew to his jollof rice. He is the annoying guy dude counts and confirms every single note of his money before exiting for the next person as if he can beat up the ATM if N20 is missing. Nigerians and their trust issues though.

This one acts as if the world is ending. He is on a mission to drain the ATM. You think he wants to withdraw his whole life savings. He is either a wealthy person or one of those scammers that stole someone’s debit card. At a point, the 2K people like us starts begging him not to exhaust all the cash in the ATM.

This impatient guy on the queue is usually the last to arrive but assumes anybody that spends more than five seconds at the ATM is an illiterate. He moves from the beginning of the extreme, grumbling and hastening everyone. If you spend more than 5 seconds, he’ll walk up to you and offer to help you operate the ATM even when you are not an illiterate.

The old man that feels everyone on the queue is a thief on a mission to memorise his ATM pin. He positions himself in a  way that his entire body completely covers the ATM. He never fails to curse anyone that comes five metres close to him.

This is that old woman that has been practising how to use an ATM for the past 5 years. If you take a closer look at what she’s doing, you would discover each time the machine reads “Would you like to continue, Yes or No”, she smiles and does nothing.

He has no money to withdraw but he joins the queue with four of his ATM card with the intention of checking their various balance. He eventually recharges N100 with quickteller and walks away with his head held high.

This one is always asking questions. He doesn’t care if you came to use the ATM or not! He’s always asking, “Is it paying?”, “Which bank are you using?” “Have you withdrawn?”

I hope I didn’t omit any category? I’m not sure where I belong but my worst fear is when I sight Mrs Clueless in front of me. You?