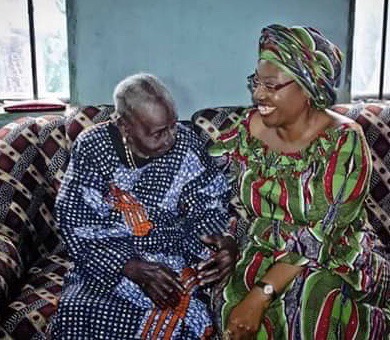 Madam Osho, who died at the age of 110 years, was said to have been hale and hearty when she woke up last Monday. She had pap for breakfast and later ate pounded yam for lunch. A few minutes after 2pm, she was reported to have fed her two chickens. At 2:30pm, she walked into her living room, sat down, took a deep breath and bade the world goodbye.

Predictably, Adeleye-Fayemi was shattered by the death of her foster mother. She has since departed Ado-Ekiti for Ikere-Ekiti to begin the traditional bean cake frying in celebration of Mama Osho’s life.

It would be recalled that in August 2019, the wife of the Ekiti state governor had taken over the responsibility of sheltering, feeding and clothing of Mama Osho, who lived in Okeruku, area of lkere- Ekiti in Local Government Area. Mama Osho had lost all her children and was living in grinding poverty. The aged woman lived in a ramshackle building, when Adeleye-Fayemi found her during the verification exercise for the Food Outreach Programme for the elderly, known as “Ounje Arugbo”. She adopted her and put her on her payroll. 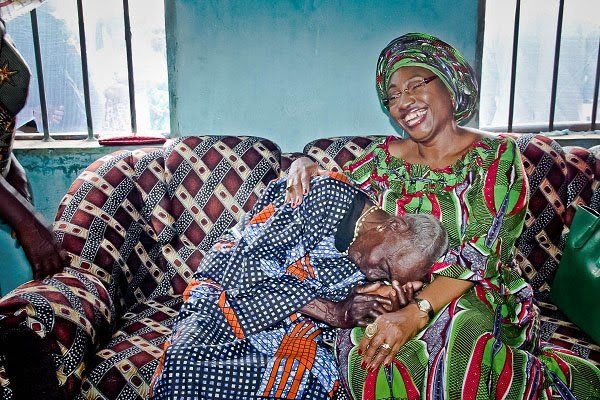 The “Ounje Arugbo” project is coordinated by the Ekiti Development Foundation (EDF) and is run by the Office of the Wife of the Governor.

It was gathered that Mama Osho was not able to make it to the meeting point for the exercise and the team took the exercise to her doorstep. There, they had discovered the old woman’s lonely and pitiable living condition. The frail-looking woman was said to have lost her three children many years ago and had no one to take care of her. Adeleye-Fayemi, who was moved to tears upon hearing about the woman’s poor condition, visited her in July 2019 at her home. Subsequently, she pledged to personally supervise her well-being thereafter. In addition to changing her accommodation and making arrangement for her daily feeding and upkeep, the governor’s wife also assigned two nannies to take care of the woman.

Shortly after her adoption and rehabilitation, Mama Osho had expressed her gratitude to the wife of the Ekiti governor during an interview with PUNCH newspaper. According to her, “My happiest moment in life is now. I’m happy with my condition now. Since my children died, I had not put on good clothes (until now). I have never been as happy as this since I was born. For the wife of the governor to visit me is remarkable. And not only did she visit me, but she also sat here and I put my head on her laps. She embraced me, hugged me, and put her arm around my neck. I was amazed. I thank her. I thank God for the rare privilege. This is my happiest moment ever. See, I now wear good clothes and people now count me worthy and come to visit me. When she came here and told me she was Governor Kayode Fayemi’s wife, I said I would kneel before her, but she said no. She said she would be the one to kneel before me. She said that she would do whatever I wanted for me. She is an angel that nobody should speak ill about.” 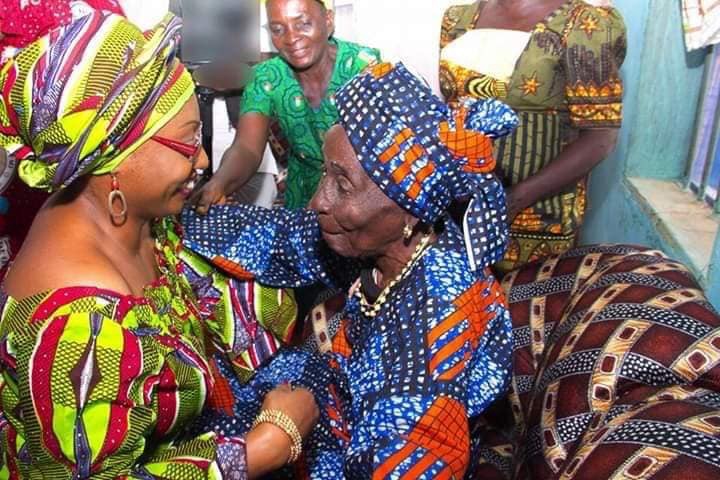 Bamidele Ademola-Olateju, a close associate of Adeleye-Fayemi, commiserated with her close friend over the death of her foster mother. According to the popular columnist and public analyst with PREMIUM TIMES, “Mama Osho died happy after going through years of anguish, pain and abandonment. She once said, "I had no idea my children would return". She found a child in my friend, Erelu Bisi Adeleye-Fayemi. The iconic pictures they took showed the profound bond between them. A woman who thought she would die unsung will now have a befitting burial. What an end. May mama's soul rest in peace. Indeed, it is the end that matters,” she said. 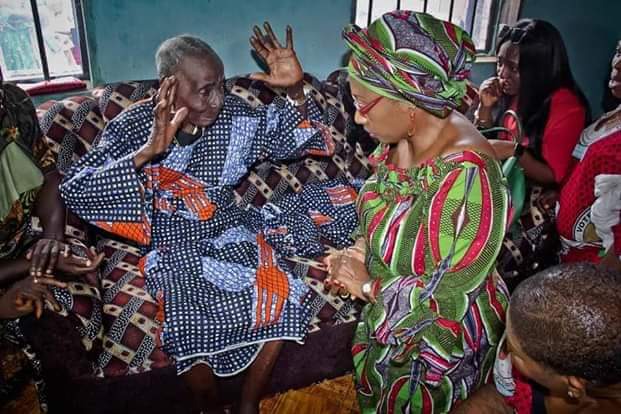