[Opinion] EFCC Probe: Tinubu Is Waiting For These Two Major Things Before He Takes Action The news that the Economic and Financial Crimes Commission, EFCC, has deepened its probe of former Lagos State Governor and National Leader of the ruling All Progressives Congress, APC, Asiwaju Bola Tinubu has been a major issue in the past few days. 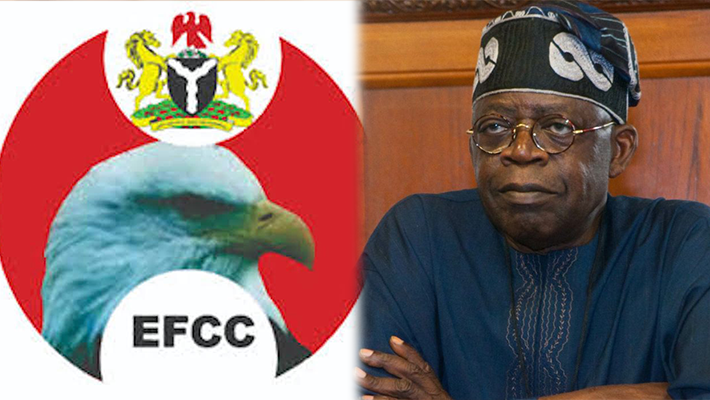 Many Nigerians are actually interested in this case to know how it will play out. Will this probe be successful? Will the EFCC nail Tinubu amid alleged corruption or will Tinubu succeed in proving that he is innocent of any wrongdoings and then win the case? Better still, will Tinubu's high influence and connections to the powers that be shield him this time and stop the probe? Nigerians want to know which one will happen and whether Tinubu will come out strong or lose the battle which can affect his rumoured 2023 presidential ambition.

In the midst of all these speculations, Tinubu has not spoken since. It has been people speculating after the media reported that the EFCC has deepened Tinubu's probe. Well, as many people wanted to hear from the horse's mouth, Tinubu's Spokesman, Tunde Rahman, finally spoke on the issue. From Rahman's revelations when he spoke about the said moves to probe his boss Tinubu, it became obvious that Tinubu is waiting for two major things before he takes any action.

First, Tinubu is waiting for EFCC's letter notifying him of his probe.

This is the first thing that Tinubu is waiting for. When Rahman spoke to Sahara Reporters about the probe, he stated that Tinubu has not been given any letter notifying him of any probe against him. In fact, there was no letter inviting Tinubu for questioning too. The point is that when EFCC is probing someone, the person will be notified through a letter. Such person will also be invited for questioning by the EFCC at least to hear him/her out. But, none of these has been done in Tinubu's case. May be that will still be done if it is true that Tinubu is being probed. So, Tinubu is still waiting to get the clearer picture. Second, Tinubu is waiting to get notice of any court action against him.

This is the next stage of events that Tinubu is waiting for before he acts. After EFCC's investigation, the next stage is to take a legal action against the person. In this case, before EFCC can seize Tinubu's properties suspected to be proceeds of fraud, the commission would have sued him and get court order to seize such properties. For now, EFCC has not notified Tinubu of any legal action against him neither is there any court order to seize his properties yet.

Based on the two points above, Tinubu is still waiting to be sure of the whole thing. He will have his own plans too but he is waiting to get the right signals before he takes any action. For now, Tinubu as a wise and smart politician is reading the handwriting on the wall and pressing the right buttons to know how to navigate the murky waters ahead with the hoping of coming out stronger.