Heartbreaking images show the horrific condition a skeletal dog which was hurled over the locked gate of an animal sanctuary was left in. 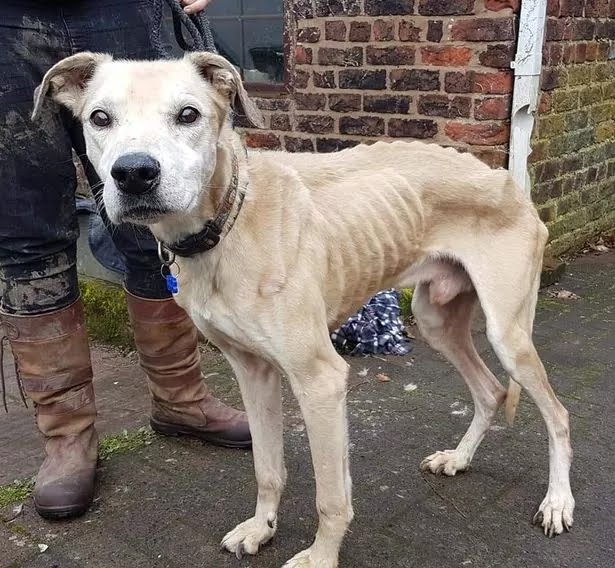 Casper had several growths on his body, long nails and sore toes when he was taken in by Rescue Me Animal Shelter near Maghull in Sefton, Merseyside.

Staff, who tweeted the images, said the poor dog, who was so thin his bones could be seen through his ribs, had been exposed to 'the worst of humanity'

On Halloween , the shelter tweeted: "While settling the new pups in this evening, a car pulled up outside and threw this skeletal poor old lurcher boy over our gates." 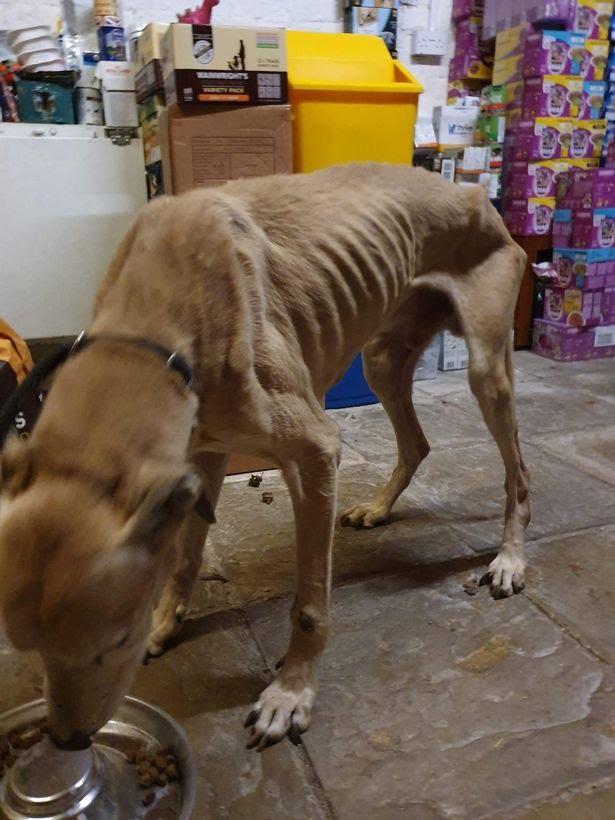 The dog was emaciated

Emmy and Oscar were a sad sight when they were found starving in an abandoned building:

You can own your puppy , lovely dogs are available..