Scam Is "Unprofitable": Remembering The Woman Who Came To Nigeria To Meet The Man Who Scammed Her 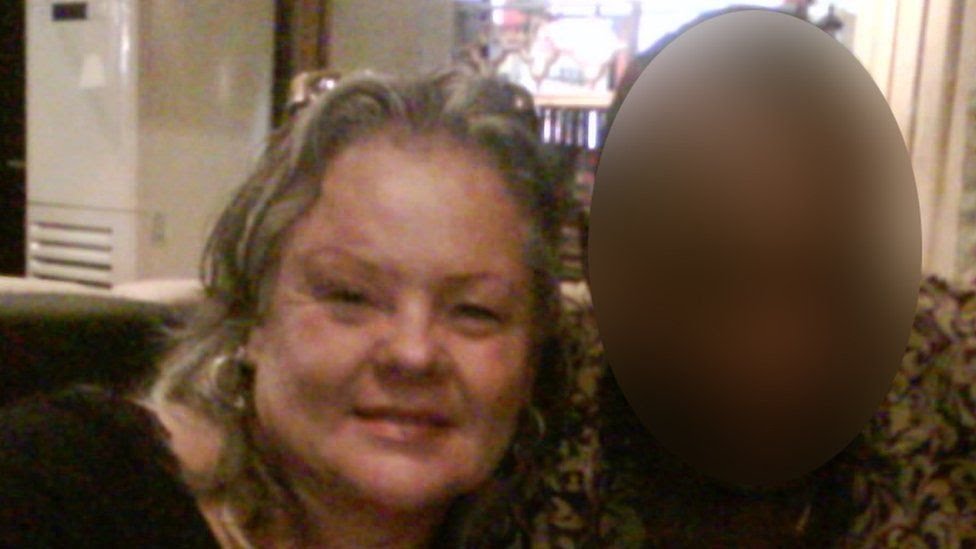 An online Dating Fraud Took A shocking Turn Around

When Maria Grette first observed that the Danish man she fell deeply in love with was a 24-year-old Nigerian cyber scammer(yahoo boy), the 62-year-old Swedish was upset. But over time, her impressions changed and she took an uncommon step.

She said: "The most terrifying thing is not that he defrauded me, but that he lost his innocence."

She became preoccupied with what she interpreted as “the deep need for the Nigerian people to do something”. Ms Gretel’s relationship with Johnny (yahoo boy) began after a whole night of events and leisure with her friends, jokingly after trolling her for being alone, her friends forced her to create a profile with an online dating website. a few years ago, Ms Gretel pushed through a depressing divorce, and her friends laughed at her for finally making move to start a new relationship.

Nonetheless, when the fun of creating a dating site for her ended, Ms Gretel, who was an art teacher, art therapist, and painter, did not assess this dating website any further.

She said: "I received notifications from the site which tells me that people are contacting me, but I ignored it all."

Hence, one day, she decided to check on does contact she had.

She said: "I still don't know why." "It was like an impulse before I stopped it."

That particular message came from a man who claimed to be a Danish who grew up in South Carolina. Civil engineer engaged in contract work in the UK; he is a widow and he claimed that he had a son studying in the University of Manchester.

She said: "honestly, I was captivated by his words and atmosphere."

Johnny: "I hope I can see through your eyes and see what you want to see"

Maria: "I like to see the truth, which is usually more beautiful and greater than what people don't dare to realize."

Johnny: "You like talking in parables. I'm excited and I want to see you Asap "

Maria: "I don't understand how you are so focused on me when you have never seen me. It makes me feel scared."

"We spent some time writing letters, and then he called with a British phone number."

He told her that he planned to retire. Thinking of a place to settle in Sweden; owning a house inherited from his parents in Denmark; wanting to leave it to his son Nick, he likes it very much, and he is looking for his new home in Sweden.

She said: "I want to be with him because I like him." "He has a way and love that I have never seen before. And his virtue makes me confused." 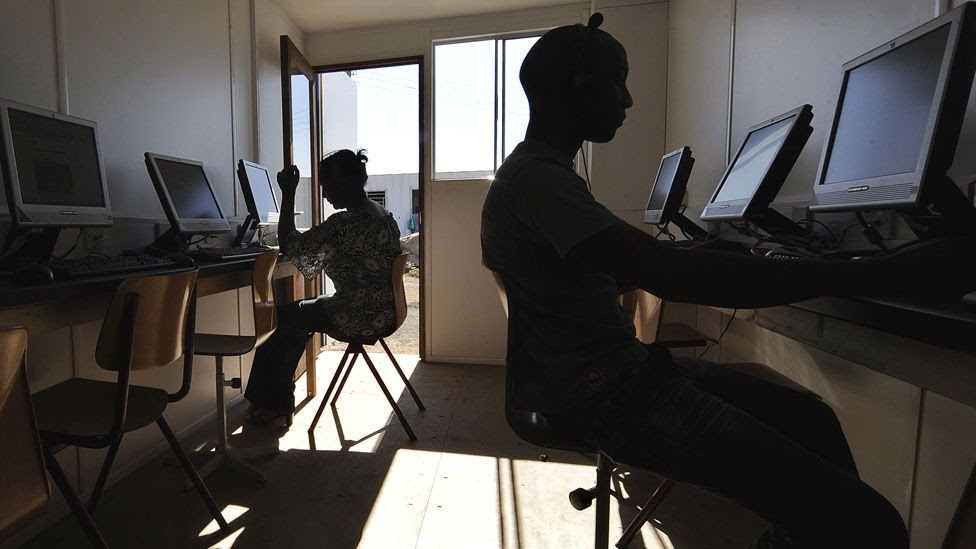 Three months after they’d first started chatting, Johnny agreed to visit Maria in Sweden. He told her he’d be travelling via Nigeria, so his son could attend a job interview. Maria even spoke to his “son” when the pair reached the Nigerian capital, Lagos.

In the next phone call, Johnny was speaking from a Lagos hospital. He told Maria they had been rubbed, his son shot in the head, and they had no money or travel documents.

He added that his bank had no branches in Africa, so he couldn’t access any cash, and that the hospital needed €1000 in advance to treat his son.

Johnny wrote: "My dear, I am in the hospital now, using the doctor’s laptop to send you this, if Nick dies, I will follow him. I have been crying. I wish I never thought of Coming here. The doctor said we were lucky and we were not kidnapped. Nick is my only son. I am frightened. I don't know where to go.

Maria knew she had to help. "I will never forget how I rushed to the Western Union office and shivered when I was sending the money. All I can think of is to get two good souls in Nigeria out of their challenges."

The plot expanded after the first money transfer to him. Medical difficulties then increase and he called multiple time to request for more money.

After she had been named thousands of euros, Maria made it known that she then "felt it" with her manner and recognized something was wrong.

She, however, stopped replying to his message. 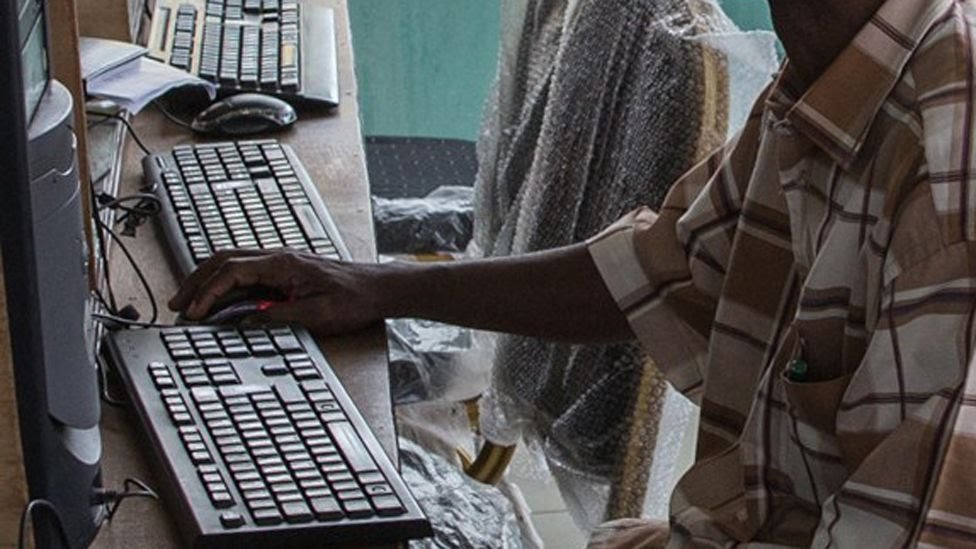 He then got in touch three weeks later to confess to being one of Nigeria’s notorious 419 scammers and said he was a “devil” and she a “lovely woman”.

Since then, their communication has undergone new changes. There are no other requirements for cash.

She said: "The attraction I started to feel was the person who showed me himself...still him, but with a different identity."

Johnny sent her a photo of himself, but Maria was not okay with it. 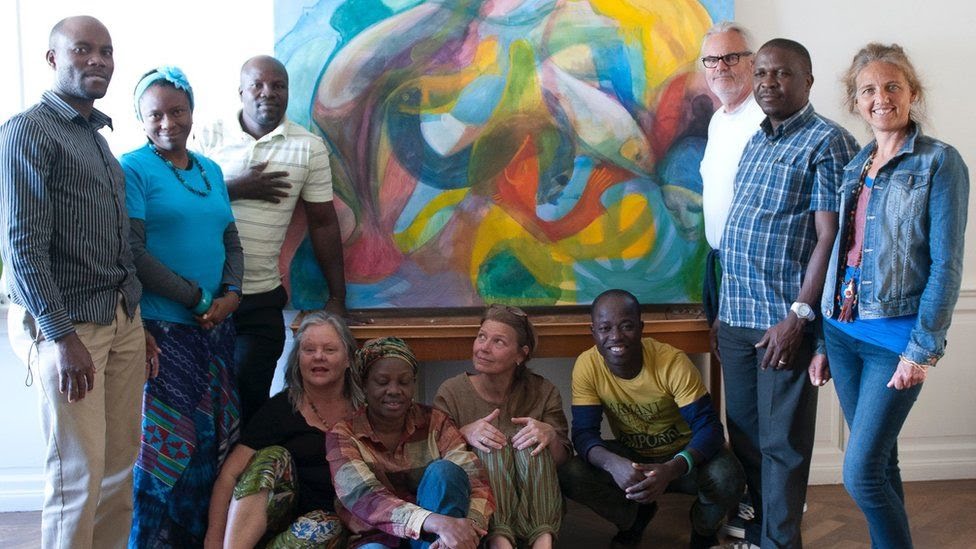 She said: "I want to see him." "Unless the relationship is adapted to the reality in all aspects, I can't stand this relationship."

Unable to give him a visa to travel to Sweden, she made up her mind to go to Nigeria.

she, however, flew to Africa for the first time and spent two weeks in the country meeting Johnny and his scammer friends.

"When I saw him at the airport in Abuja, tears fell over his face, and I knew I had known him all my life."

She said: "I asked myself how to prevent healthy, good young people from getting into trouble(how to kill the idea of yahoo)."

However, Ms Grette has flown various Africans to Europe for art exhibitions, workshops, conferences and competitions over the years.

With her financial assistance, Johnny has gone on to study in America and now works in the oil sector. 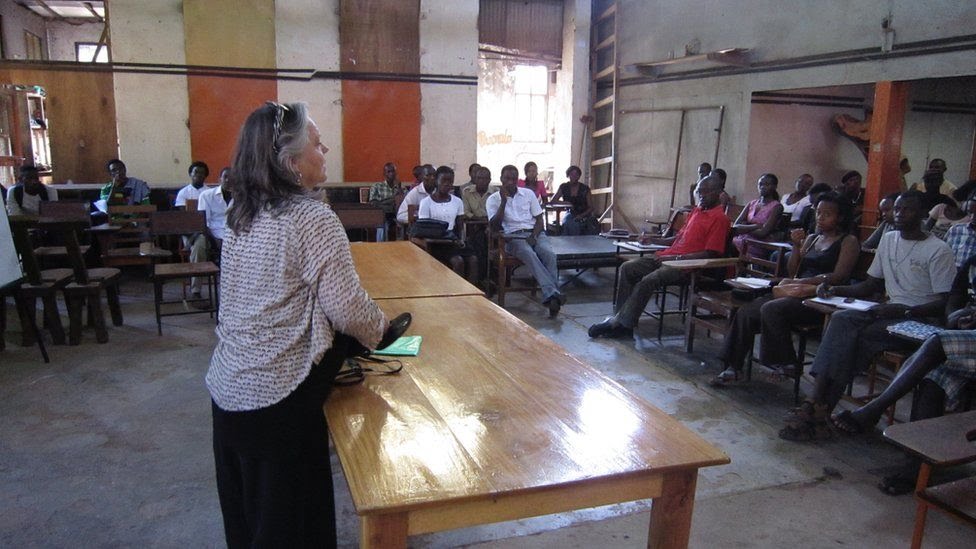 She went on her trip to meet artists in Uganda. Image copyright: MARIA GRETTE

Ms Gretel lives in Norway and is very happy to have the opportunity to improve the lives of these young artists.

She said: "Johnny gave me much more money than he took from me. Absent of him, I would not have in any way met Africa."

When she visited him in Nigeria, Johnny gave Ms Gretel great assurance that he would do away with fraud(yahoo or things related).

Let's see her photos below;