I Was Tempted, Raila Speaks Out on Having Offshore Accounts 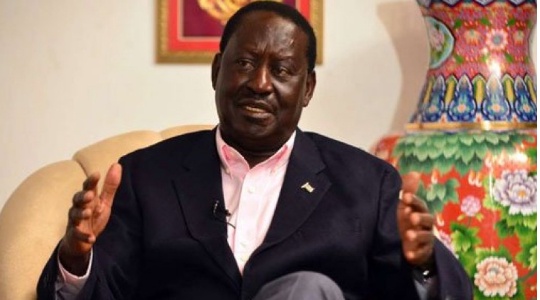 Orange Democratic Movement (ODM) leader Raila Odinga on Wednesday 6 October broke his silence over the Pandora paper firing warnings as he embraced the leaks . The ODM leader said he does not own any offshore account or company, and that he has stored and invested all his wealth in Kenya. Raila also took a cue from President Uhuru Kenyatta in embracing the Pandora Papers leak on stashed wealth.

“I own no offshore accounts. All my money is stored and invested here in Kenya,” Raila Odinga said today during an interview with Kalenjin radio stations.The ODM leader, however, said that there is “no problem” in owning offshore accounts so long as the money is properly acquired.

“I don’t see if there’s any problem owning an offshore account.It’s only improper when the accounts are opened to stash money acquired through corruption. Ideally, the public needs to be told how, when and why the money is being stored in the foreign accounts,” he added. 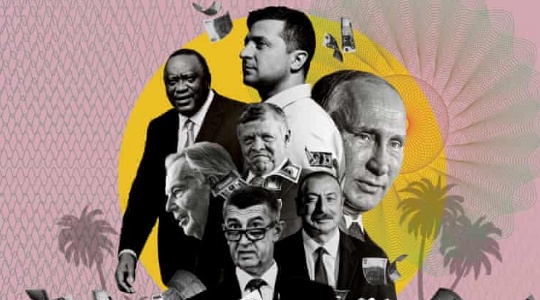 However , on reacting to President Uhuru Kenyatta’s links to secret accounts in Panama and the British Virgin Islands, Odinga said the president should not be judged harshly until he responds comprehensively on the matter.

“I am optimistic that the truth on Pandora Papers will come out. Uhuru has already welcomed the findings, and is ready to comprehensively address the matter when he returns to Kenya from his foreign trip,” he said. 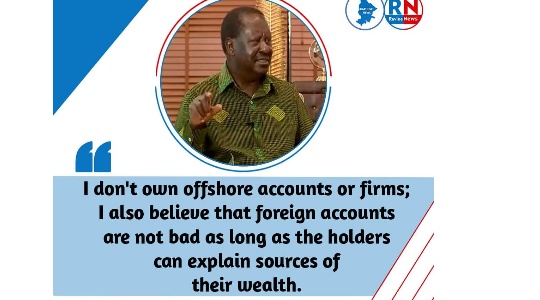 In a move that turns the tables on proponents of the exposé, Raila said those who have genuinely acquired wealth and stashed it abroad should come out clean on the same. Raila just like Uhuru said that the expose should start a new conversation on auditing of State officers’ foreign accounts saying that it could be important for senior Government officials owning offshore accounts to declare their foreign-held wealth.

“I’d urge every Kenyan who owns an offshore account to come out and declare their foreign-held wealth. Unfortunately, some of them are being protected by our courts of law,” he said. 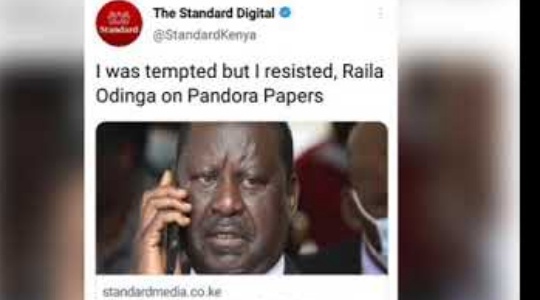 However, Raila revealed that while he was serving as prime minister, he was tempted by wealthy businessmen to engage in illegal activities that would only benefit the tycoons, who promised to help him stash monies abroad. He said that he rejected their deal proposals.

“I have been in Government, and I know there are several temptations that come with being a senior government official. A businessman would approach you, and tell you: ‘look, do this favour for me, and I would give you money that you’d store in secret accounts’. From the onset, I told them: ‘no, that is the work of the devil. You’re like a devil tempting Jesus. I remember, from the Bible, Jesus told Satan: ‘go away!.I know there are many Temptations State officers are subjected to,” he added, “but I’d advise them to resist the urge to engage in wrongdoing,"Raila said

Kenyatta and six members of his family have been linked to ownership of 13 offshore companies for decades in the exposé by a journalists' consortium, dubbed the Pandora papers.

However, ODM leader called for a scrutiny of wealth held by lawyers on behalf of corrupt government officials and public officers saying such people are prone to temptations.

“I have been in government and there are temptations. Contractors will try to influence decisions. I have rejected them before,” he said.

Raila said that corruption was the cause of current economic crisis in the country and high fuel prices adding that the Jubilee administration must be decisive in the fight against corruption. 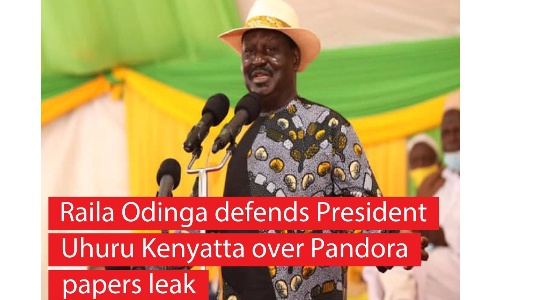 "Corruption, heavy external borrowing by the jubilee administration during the first term of Jubilee government is to blame for what Kenyans are experiencing now. But I want to assure you that the fuel prices will go down if not this week, the next," he said.

The former prime minister said that when president Kibaki handed over the government to Uhuru and Ruto, the country's debt was at Sh1.8 trillion but has since shot up to Sh7 trillion, something he attributed to graft.

"A lot of that money was looted through mega projects like the dams in the North Rift region and other projects whose prices were inflated," Raila claimed. 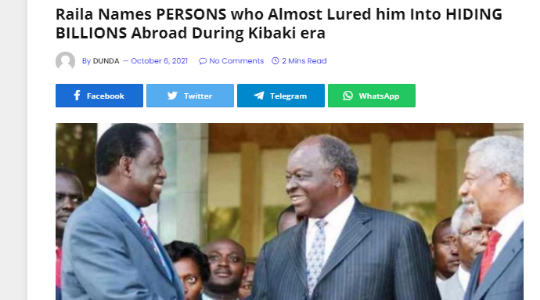 The ODM leader in a similar interview said that chances of him working with deputy president William Ruto ahead of 2022 Elections were zero. According to the ODM leader , Ruto crated his won path and wants to go for it alone in 2022. Raila while revisting the political happenings of 2007 General election said a that he cannot stop Ruto in his quest as that is his democratic right .

“In the Grand Coalition Government, I appointed him (Ruto) as the Minister for Agriculture. You’d remember that at the time Agriculture was the biggest ministry in the country. And the Cabinet positions that I was allocated, I made sure he occupied the most lucrative ministry. He, however, chose to go his way, which is okay.” 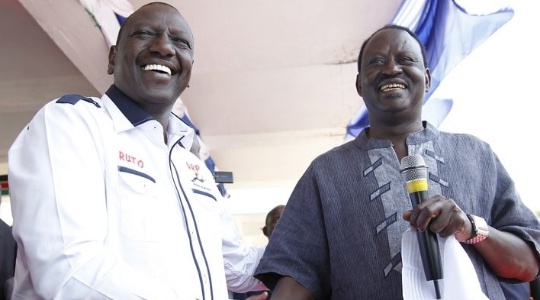 On his side , Deputy President William Ruto has, on several occasions, alleged that Raila Odinga lacks the ideology and team to spur Kenya’s economic growth. The two leaders first fell out in February 2010, when Raila Odinga, then serving as prime minister, sacked Ruto from the Agriculture docket. The then-President Mwai Kibaki would, however, reject Raila Odinga’s dismissal of Ruto.