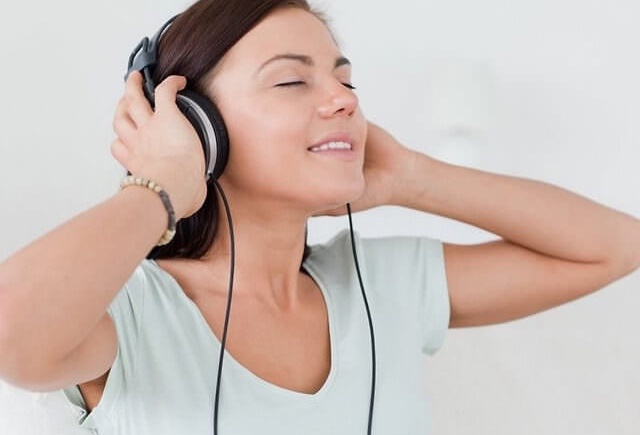 We are probably right in saying that people have recently become more concerned about the use of headphones.

Every day on the street, on the bus, on the subway, at work, we meet people who wear this device to their ears and listen to loud music. The most unfortunate thing is that this situation is widespread among children and adolescents.

Those who use headphones seem to be isolated from the world around them, and the expression in their eyes is completely dull and vague. For a moment, it seems as if there is a chasm between you and them, or you live in another world, and they have their own world.

In addition, the music is so loud that people around it can hear it. And a question immediately comes to my mind - "Doesn't it sound so loud?" But what is the negative impact of the use of headphones on human health and psychology? In general, what details should we pay attention to when using headphones? Ailem.az tried to clarify these and other questions with experts.

According to an ear, nose, and throat doctor (Javid Ismayilov), those using Headphones to listen to music should be careful because they may be deaf. Also, sound from gunfire or an explosion as sudden can cause short-term severe damages. Prolonged exposure to loud noises also leads to permanent hearing loss. The roar in the ear after a loud noise is a sign that the cells in the auditory nerve are damaged. These devices, which we wear (headphones) and listen to loud music, are a risk factor for hearing loss at an early age.

-The volume in the headset should be 70 decibels

Ismayilov says that when listening to music with headphones in a quiet room, the volume should be at a level that is generally acceptable, about 70 decibels (dB): “For comparison, human speech is about 40 dB, street noise is about 70 dB.

However, in a noisy environment, when the volume of the music is raised to suppress the surrounding sounds, there is a danger to the listener's ears. Studies show that you should not be exposed to 85 dB of sound for more than 8 hours. These times are 4 hours for 88 dB, 2 hours for 91 db and 15 minutes for 100 db. Listening time should decrease as the volume increases. Note that the volume of music listening devices can increase up to 125 dB. In addition, a quarter of users experience a temporary weakness of 5-10 dB after listening to loud music.

Constant exposure to loud noise causes serious problems in the auditory nerve in the ear, which leads to irreversible hearing loss. Therefore, try not to use headphones at a medium volume, more than 1-2 hours a day.

-The first signs of the disease ...

According to the doctor, the injury caused by loud noise causes a slow hearing loss in the type of inner ear: “Problems appear over time, and when you know this, everything may be too late. Roaring and squeaking are early signs of the disease. I would also like to note that one-sided use of headphones is also dangerous. "Sometimes a pair of headphones is given to a friend, and they are forced to turn up the volume, which causes serious problems in both ears."

-The use of headphones makes a person indifferent

Clarifying the psychological aspects of the issue, psychologist Narinc Rustamova noted with regret that the use of headphones is now widespread among all children and youth. According to him, such widespread use of headphones has a negative impact on their psychology: “Such children are isolated from society. When a child wears headphones, he begins to be isolated from the environment. He does not listen to outsiders. He only listens to music or any information on the headset.

The psychologist emphasizes that the use of headphones generally makes a person indifferent to society. He is indifferent to the events around him. At this time, it begins to create problems within the family, at school, in society: “We have observed that even children with schizophrenia begin to use headphones in the early stages of the disease. Because they are more comfortable moving away from the environment with this tool. They do not hear outside voices, they want to stay away from noise, their parents' dissatisfaction, and over time, they increase their inner speech. Internal speech is a person's speech to himself, to the voice inside.

At this time, a person develops the habit of talking to himself. This is common, but is more common in adolescents who use headphones. The child begins to talk to himself, and over time, this transitions into a loud conversation.He even starts talking in the mirror, where he is sitting in the room, narrating an event, expressing his aggression, swearing and so on. -"Parents should know that their child is lonely ..."

N.Rustamova noted that parents should strictly control the use of headphones in children: “Children with communication problems are more inclined to headphones.

The moment a child puts his ear to his ear, the parent should know that his child is alone, he feels lonely, he has no friends. He tries to immerse himself in the music he listens to and the videos he watches. In these cases, parents should help their children to socialize and find friends.