Check Out Nigeria Currency From the Past

As a country Nigeria has come a long way when it comes to Currency from the days of the colonial masters when their currency where the only means for buying and selling to this period where we spend our own Naira. 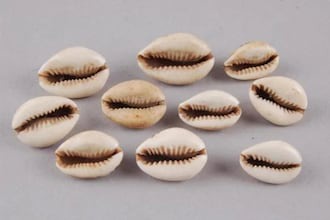 Apart from the early trade by barter cowries where used for buying and selling before Bank Note and coins where introduced into the country economy payments of cowries where measured by cups or bag depending on the amount of goods you are demanding it for cowries where once used as a means of money. 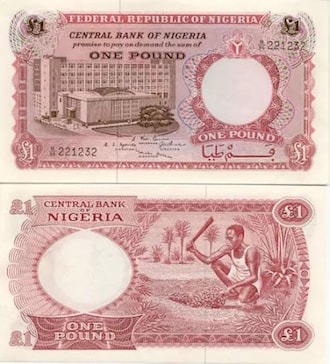 You may not know before or you may have forgotten that we used to spend Pounds, right now in the present days anyone who have accesses or possesses a large amount of this currency may be called a rich person judging by the way current exchange rates Pounds to Naira which is at the rate of N560 to £1 you may buy a car with only 20,000 Naira in 1967.3. Five Shilling Notes Issued in 1968 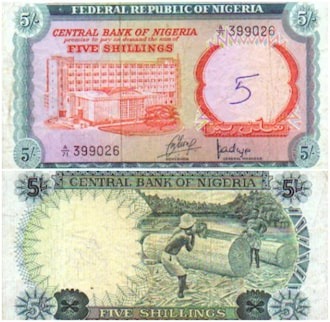 It was made as a war Strategy the Shilling notes where although changed to reflect different colours while the bank note where change the coin remains apparently the same. 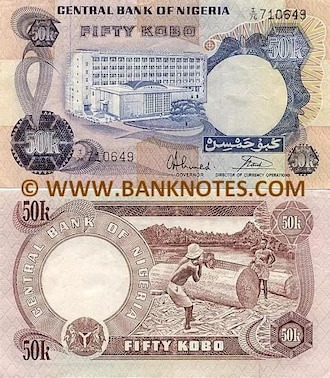 Just five years after the fifty Kobo note was first circulated in Nigeria it was decided that the money should be taken off the market for the introduction of nickel plated coin for the same denomination were also introduced in 1989 and was eventually withdrawn from the market in 2007. 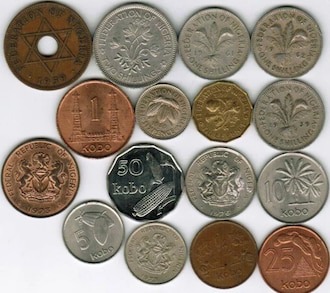 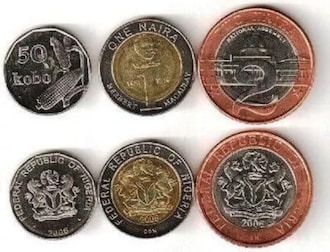 There used to be a time when coins where where the face of currency production in Nigeria the coin can also be called pence it was made mostly of Gold while the Shilling were made from silver and copper these days they have become extinct but am sure you may have found one coin or the other randomly, Central Bank of Nigeria tried to bring it back into circulation with the introduction of the 2Naira coin it didn't catch on because the Naira was on steady decline.

5. The Past to the Present Currency 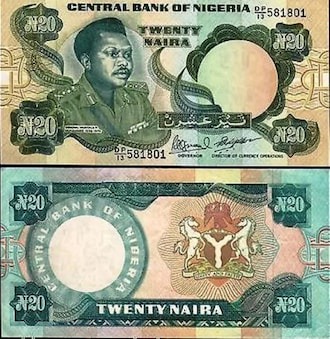 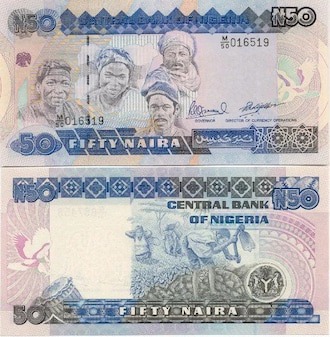 You may have seen this currency before if you were born in the early 2000 it started from the 5nairas during those times Nigeria has begun to decline from coin usage. 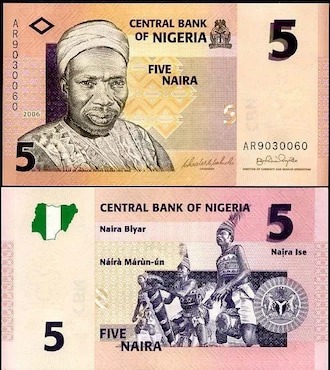 These are the types of money we spent in the current days it started of with the 5 naira note 10 naira 20 naira and the 50 naira.

7. The New Version of Paper Note 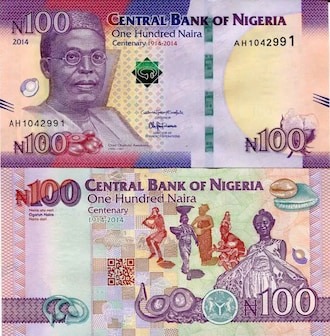 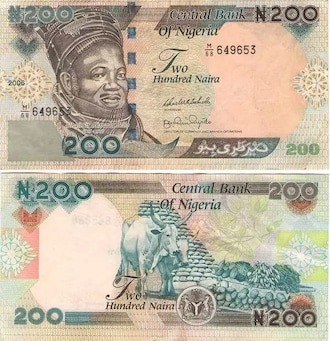 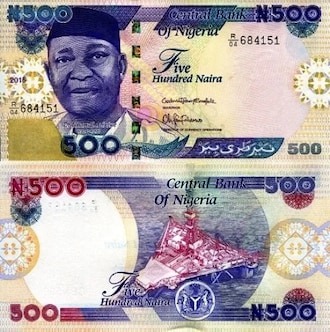 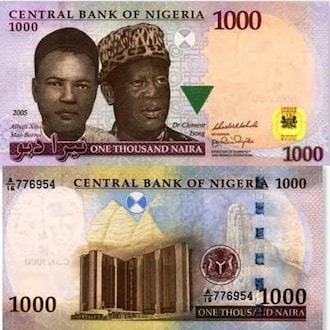 The new version of the paper note is the most common form of money spent by Nigerian Citizens it started with the 100 naira 200 naira 500 naira and 1000 naira, 1000 naira note was introduced in 2005 becoming the highest domination of Nigeria currency it's the only Nigeria bank note that have the portrait of Alhaji Aliyu Mai Bornu and Doctor Clement Isong who were the second indigenous Governor of the Central bank of Nigeria.

With the current economic situation of Nigeria which Currency would you prefer to use?, Like and Share :)