In a normal day, one is not under obligation to put on a branded attire. In the same vein, no one can compel another to put on a particular attire unless that attire is a uniform for work or school. 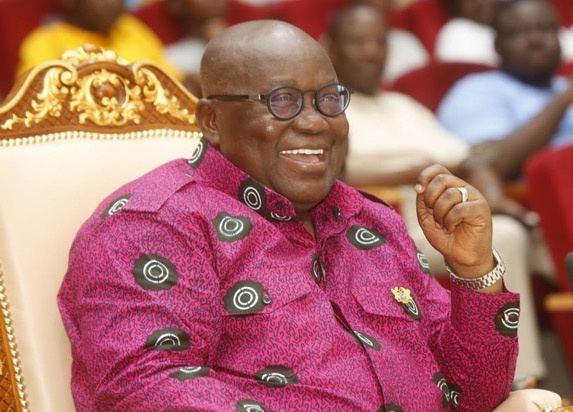 But a market woman had it all wrong when she wore a t shirt branded with pictures of President Akufo Addo to the market. The woman in her mid 30s was selling sachet water and decided to dress in a particular way that faithful day. But she was not lucky enough as she met a preacher who didn't see eye to eye with Nana Akufo Addo. 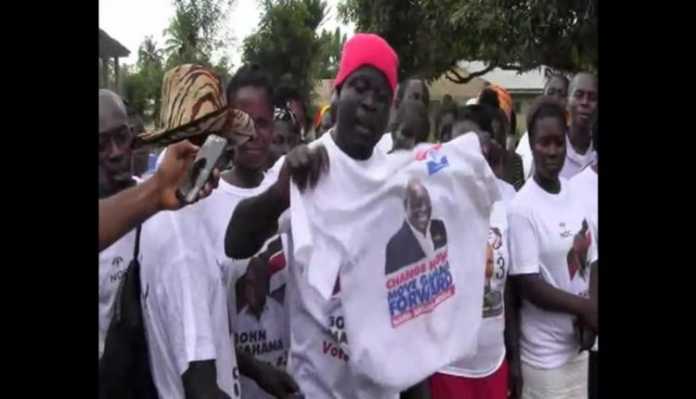 The preacher who waa busy at the time she sighted the woman stopped preaching and decided to rain insults to the innocent woman. He asked her why she was wearing that attire of which she didn't respond. He then proceed to use unprintable words for wearing Nana Addo branded shirt. He threatened to deal with ber ruthlessly the next time he finds her in that same attire. "Who gave you this dirty t shirt? So you were given this to wear and sell your water and out of stupidity, you accepted it. And you are happy that you are wearing the President branded t shirt right? You are a big fool. I hate women like you. Don't let me sew you in this shirt again if not, you will regret it", the preacher threatened.

Most of the spectators were watching on while the preacher attacked the woman. Some were laughing out loud as he went on and on and on. 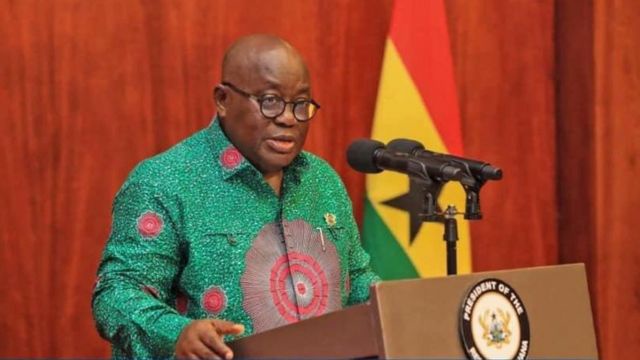 Our information has it that the incident happened in Makola market in Accra. Some traders have confirmed that the man of God is a regular preacher at the area. They say he is fond of using abusive words on people whenever he is preaching. But he tries not to say anything politics. It came as surprise to some traders when he went purely political that day. Some are saying it could be as a result of the economic hardship.