Israel has moral responsibility to try to stop suffering in Ukraine 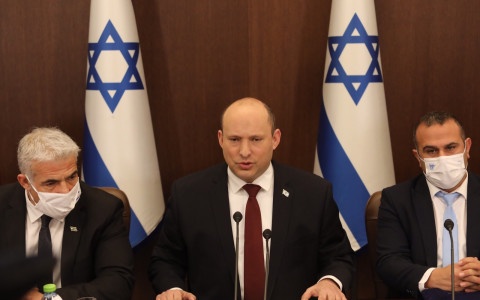 Israeli PM speaks with Zelensky for third time in a day, after shuttling to Moscow, Berlin in mediation attempt.

Israel has a moral obligation to try to bring an end to the human suffering in the war in Ukraine, Prime Minister Naftali Bennett said at the start of Sunday’s cabinet meeting.

The remarks came soon after Bennett spoke with Ukrainian President Volodymyr Zelensky on Sunday, for the third time in 24 hours, updating him on the prime minister’s one-day journey to Moscow, to meet with Russian President Vladimir Putin, and then Berlin, to meet with German Chancellor Olaf Scholz.

“I went to Moscow and Berlin to try to help bring a dialogue between all the sides, with the blessing and encouragement of all the players,” Bennett said.

Bennett said that “even if the chances are not great,” he sees it as Israel’s “moral responsibility to make every attempt,” because he has good contacts with both sides of the conflict.”

“The situation on the ground is not good,” he added. “The human suffering is great and can become even greater if things continue on the current path. There are Israelis who need to come home and Jewish communities in distress that need help.” 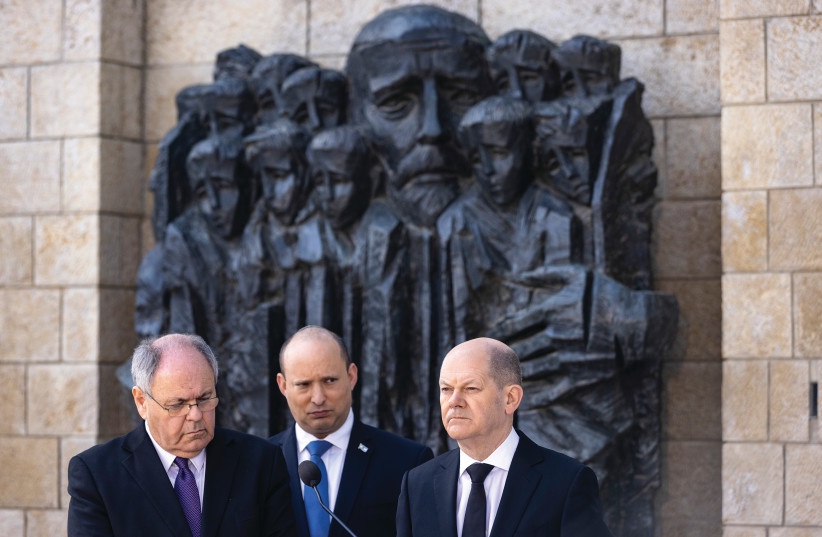 In addition, Bennett said that Israel is preparing for a large wave of Aliyah, Jewish immigration, in light of the war.

“This is a challenge for the State of Israel, but it is a challenge that we withstood in the past, time after time,” he said. “Moments like this, in which the world is facing an upheaval and Jews are no longer safe where they are, remind all of us how important it is that there is a home for Jews, whoever they are, and how important it is that we have the State of Israel.”

Bennett’s remarks came hours after he returned to Israel from his travels to Moscow and Berlin.

Bennett and Zelensky spoke twice after the meeting with Putin on Saturday, and the Ukrainian president was informed ahead of the meeting, as well. The prime minister called French President Emmanuel Macron, as well.

Bennett met with Scholz over dinner for an hour and a half late Saturday night, during which they discussed the war in Ukraine.

Zelensky had asked Bennett to try to organize a summit with Putin in Jerusalem before Russia invaded his country, and has since asked the Israeli prime minister to mediate between Ukraine and Russia.

Bennett and Putin discussed the war in Ukraine, including the situation of Israelis and Jewish communities as a result of the conflict, a diplomatic source said.

Putin and Bennett agreed to continue the deconfliction mechanism in Syria, Channel 12 News reported. Jerusalem coordinates with Moscow before airstrikes on Iranian targets in Syria, where the Russian Army is the dominant force.

Since Russia invaded Ukraine, Israel has been trying to balance the national security importance of coordination with Russia with Israel's strongest strategic alliance with the US and support for democracy and international order.

Israel condemned Russia's invasion of Ukraine through Foreign Minister Yair Lapid and a vote in the UN General Assembly, but Bennett has been reticent to say anything about Russia. In his recent statements he has expressed support for the Ukrainian people and called for negotiations.

The Israeli prime minister was the first leader of a democracy to meet with Putin since Russia invaded Ukraine 10 days prior.

Bennett coordinated his trip to Moscow in advance with the US, France and Germany. Turkey was also updated, as Bennett’s flight route was over their territory.

Bennett departed Israel early Saturday morning for the trip, which was planned after he spoke with Putin on Wednesday about the war in Ukraine.

Bennett and Building and Construction Minister Ze’ev Elkin, who served as translator, both observe the Jewish Sabbath. Flying on Saturday indicates that there was an urgent national security need.Elkin has translated Putin for prime ministers in meetings for more than a decade. The Kharkiv-born minister has a brother in Ukraine, and was offered a Ukrainian cabinet post, in jest, when they met after Zelensky was elected president of Ukraine in 2019.