Flyboi Inc head honcho 'Kizz Daniel' is set to burst the speakers once again with non stop big music as he waits to release his third studio album this year.

It's been 2 years since he dropped his last project titled 'No Bad Songs' which had many great hits like 'Poko' etc. Kizz Daniel since then has been teasing us with new songs especially with the release of his collaborated track with Adekunle Gold 'Jore'.

Kizz via his Twitter handle has just announced the title of his next album which is 'King Of Love' #KOL. This album he will possibly be releasing in 2020. 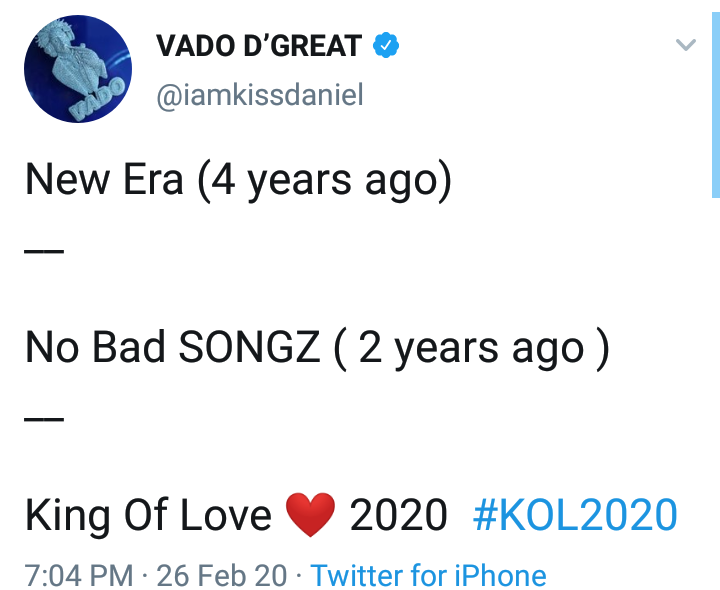