What You Need To Know About The Communal Toilet Era

The communal toilets of Ancient Rome, have to be the most unhygienic toilets in all history. 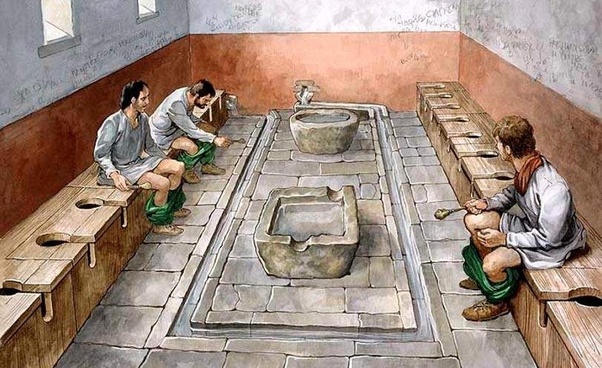 The toilets in Ancient Roman history were more of a place to socialize rather than relieving one's self. The communal toilets included long wooden benches with holes cut in them. It is believed that it had water flowing below them.

After doing their business, they would clean themselves with a sponge which would be attached to a stick - now ready yourself to get the shock of your life - the SPONGE that they used was also communal. Everyone would use the same sponge to clean themselves after they were done. The sponge attached to a stick was known as xylospongium and looked something like this - 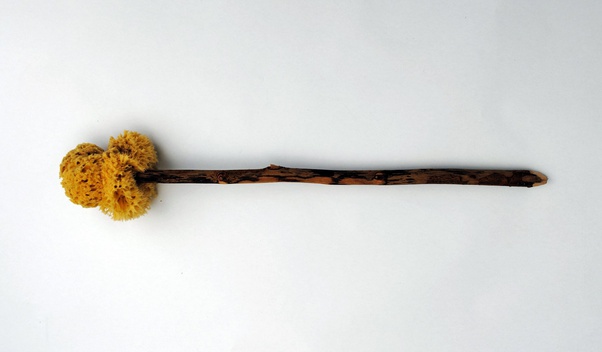 The sponge would be kept dipped in salt water or vinegar. It would pay if you were rich at this time, the poor had to resort to using the small stones as they had no means to even use the communal toilets. In some cases, the rich would send their servants to warm the toilet seat for them before their arrival.

Toilets being open, would attract rats and other rodents and someone's unlucky posterior would have to receive a kiss from from the rodent friend. Another problem that was observed was the methane buildup. Sometimes, because of the methane buildups and corresponding ignition, some people ended up having an explosive pooping experience. Many people jokingly mention that people needed magic and luck to get out of the Roman toilets alive. People in the ancient Roman time would actually pray to the Roman goddess Fortuna to save them while doing their business. 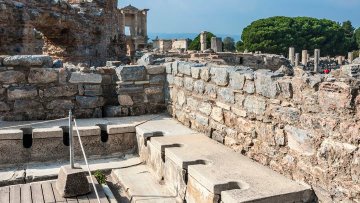 The above picture rightly describes how the communal toilets used to be - without any dividers - NO PRIVACY and a most efficient way to spread bacteria with the use of common xylospongium.

I am glad that I am born in this era - at least we don't have to use the common xylospongium.