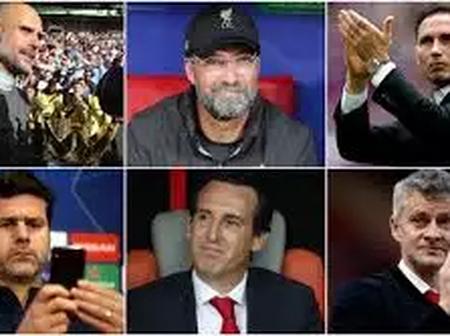 At Liverpool, Houllier won the cup treble and guided his team to second- and third-place finishes, the best by the club in the Premier League.

Houllier also had a brief spell at Aston Villa before leaving after health issues.

Keegan took Newcastle back into the Premier League after being inserted as manager in 1992.

Incredibly, Newcastle finished third in their first season back in the top flight. After a sixth-place finish the following year, Newcastle looked set to win their first Premier League title before squandering a 12-point lead in the second half of the season.

After leading Manchester City back to the Premier League, Keegan's side finished ninth in their first year back.

For me, David Moyes is the most underrated manager in the Premier League.

With little to no money to work with, Moyes has achieved great success in his nine-year tenure at Everton .

Moyes has achieved seventh-, sixth- and an unprecedented fourth-place finish coming out of the shadow of the European powerhouse that is Liverpool.

He had no money to spend this summer whilst losing the likes of Mikael Arteta and is still fielding a very competitive team.

After taking over with the club bottom of the league, Robson led them to a 11th-place finish before finishing fourth the following season.

Newcastle would finish third the following year and fifth the next.

That's the kind of success Newcastle fans long for nowadays.

Redknapp led West Ham to eighth- and fifth-place finishes in 1998 and 1999 respectively.

He then led Portsmouth to the Premier League and then after returning, following an unsuccessful spell at Southampton , affirmed their status as a Premier League club before taking them to ninth the following year. They then won the FA Cup in 2008.

Redknapp took over a Tottenham team bottom of the table and now has them as a perennial top-four contender.

Dalglish confirmed his place on this list when he won the Premier League with Blackburn in 1995 following previous successful campaigns at the club.

After a fourth-place finish and an FA Cup final at Newcastle, Dalglish left English management before returning to Liverpool this year where he's once again found success.

Benitez took over at Liverpool in 2004 and despite finishing fifth, won the Champions League in that epic final that none of us will ever forget.

They would go on to finish third next season and won the FA Cup in the process.

Despite finishing second in the league in 2008 and reaching another Champions League final in 2007, Benitez could never achieve cohesion with the American owners and left in 2010.

Mourinho's three years at Chelsea were enigmatic and charismatic.

He won the league twice, the FA Cup once and the League Cup twice.

He has three Premier League crowns, including an unprecedented unbeaten season in 2004, as well as four FA Cup titles.

It's an incredible resume but still looks meagre in comparison to the man ahead of him.

By the looks of things, the great man has a few more years in him yet and as long as he's in charge, United will continue to rebuild and win trophies.