The fall and rise of Leeds United. Their journey back to the Premier League.

It all went wrong so fast.

Just three years after reaching the semi-finals of the Champions League - with a side containing the likes of Rio Ferdinand, Harry Kewell, Jonathan Woodgate, Lee Bowyer, Mark Viduka and Alan Smith - Leeds United were relegated from of the Premier League.

A financial gamble by the club's owners had backfired and a firesale commenced. They had just about stayed up the season before but couldn't repeat the trick again. After 14 years in the top flight, and a title in 1992, Leeds found themselves back in the second tier. Leeds started the Championship season in 2004/05 with debts of over £100million and never really in with a realistic chance of winning promotion, and they eventually finished 14th in the Championship.

The season after, however, saw manager Kevin Blackwell start to rebuild and in 2005/06 Leeds finished fifth. A 3-1 win over two legs against Preston in the play-off semi-finals saw them back to within one game of promotion, but they were convincingly beaten by Watford at the Millennium Stadium in Cardiff.

It would be as close as they would get for more than a decade. The next season - 2006/07 - was a disaster. Just seven points were picked up from their first eight games and Blackwell was dismissed. John Carver and David Geddis (although the latter never took charge of a league game) had brief spells in caretaker charge before the appointment of Dennis Wise in late October.

He couldn't keep them up, however, and a 1-1 draw with Ipswich on the penultimate day of the season made survival all-but impossible. The club then went into administration and were deducted 10 points - confirming their relegation to League One.

It was the first time in the club's history they had played in the third tier. If it looked bad for Leeds that summer, it got worse by the start of the League One season. Ownership issues and more financial problems saw them hit with a 15-point deduction to start the campaign.

A remarkable start to the season, however, saw them win seven in a row to climb out of the relegation zone. They finished with a total of 76 points to finish fifth and in the play-offs - despite manager Dennis Wise quitting in late January to move into a different role at Newcastle. Had they not been deducted any points they would have comfortably finished second and won automatic promotion.

Instead, they were forced to go through the play-offs under new boss Gary McAllister. A 3-2 win on aggregate over Carlisle saw them reach the final, but they were beaten 1-0 by Doncaster at Wembley, which condemned them to another season in League One. 2008/09 saw Leeds start with a clean slate, but they could only manage to finish fourth after a mid-season slump saw boss McAllister depart. Simon Grayson led them into the play-offs but on this occasion they were ousted by Millwall in the semi-finals.

There would be no more mistakes the third time round, however. In 2009/10 – Leeds lost just one of their opening 24 league games, knocked Manchester United out of the FA Cup at Old Trafford and took Tottenham to a replay. They wobbled in the run-in before promotion was secured on the final day against Bristol Rovers, despite going a goal down and having Max Gradel sent off. Things were looking up at Elland Road. Leeds enjoyed a strong return to the second tier under Grayson and occupied a top six spot for the majority of the season. A slump towards the back end of the campaign in April, however, saw them just fall short. They eventually finished three points behind Nottingham Forest in sixth. 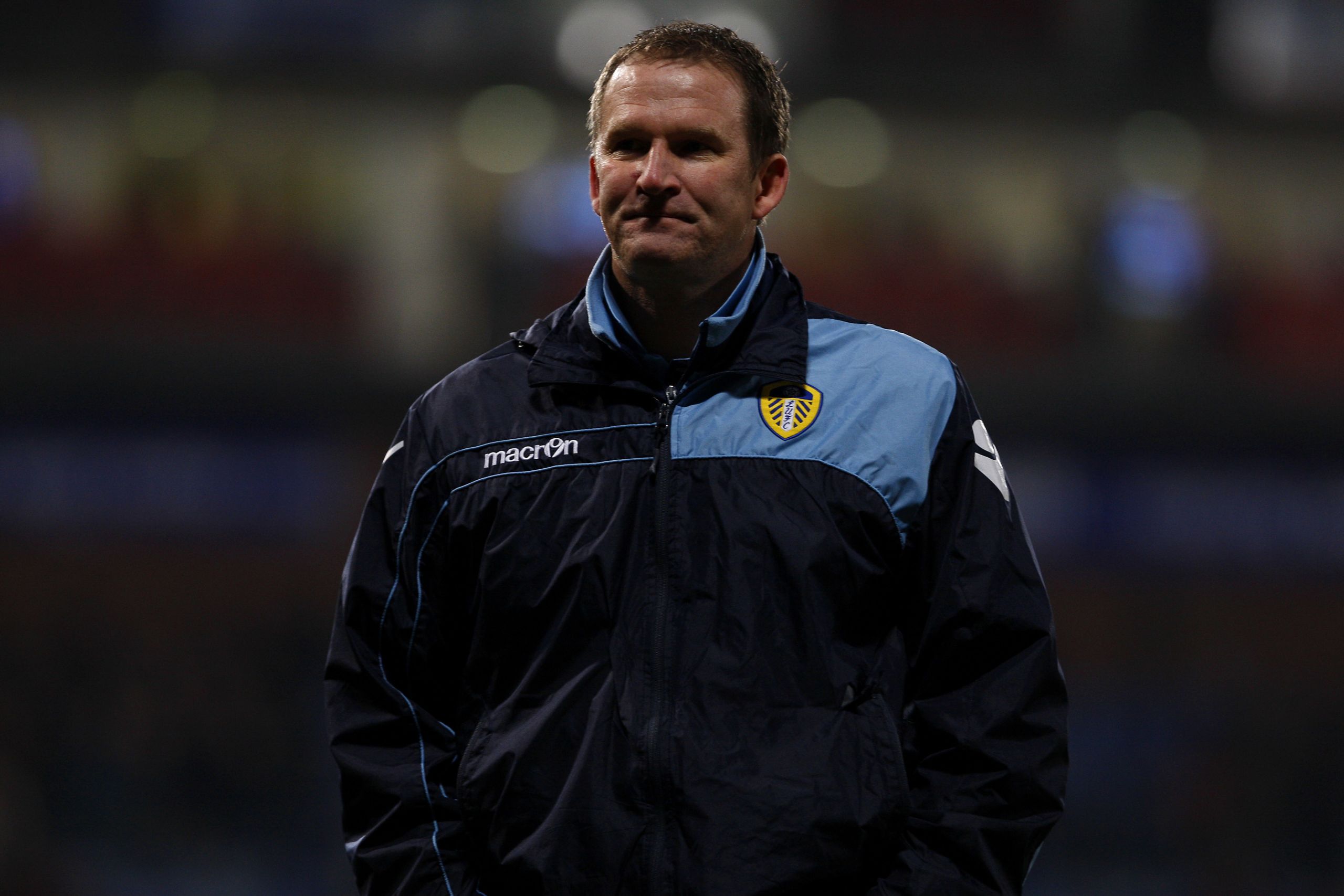 They couldn't build on that in 2011/12, however, and chairman Ken Bates dismissed Grayson in February, before Neil Warnock eventually led them to 14th. 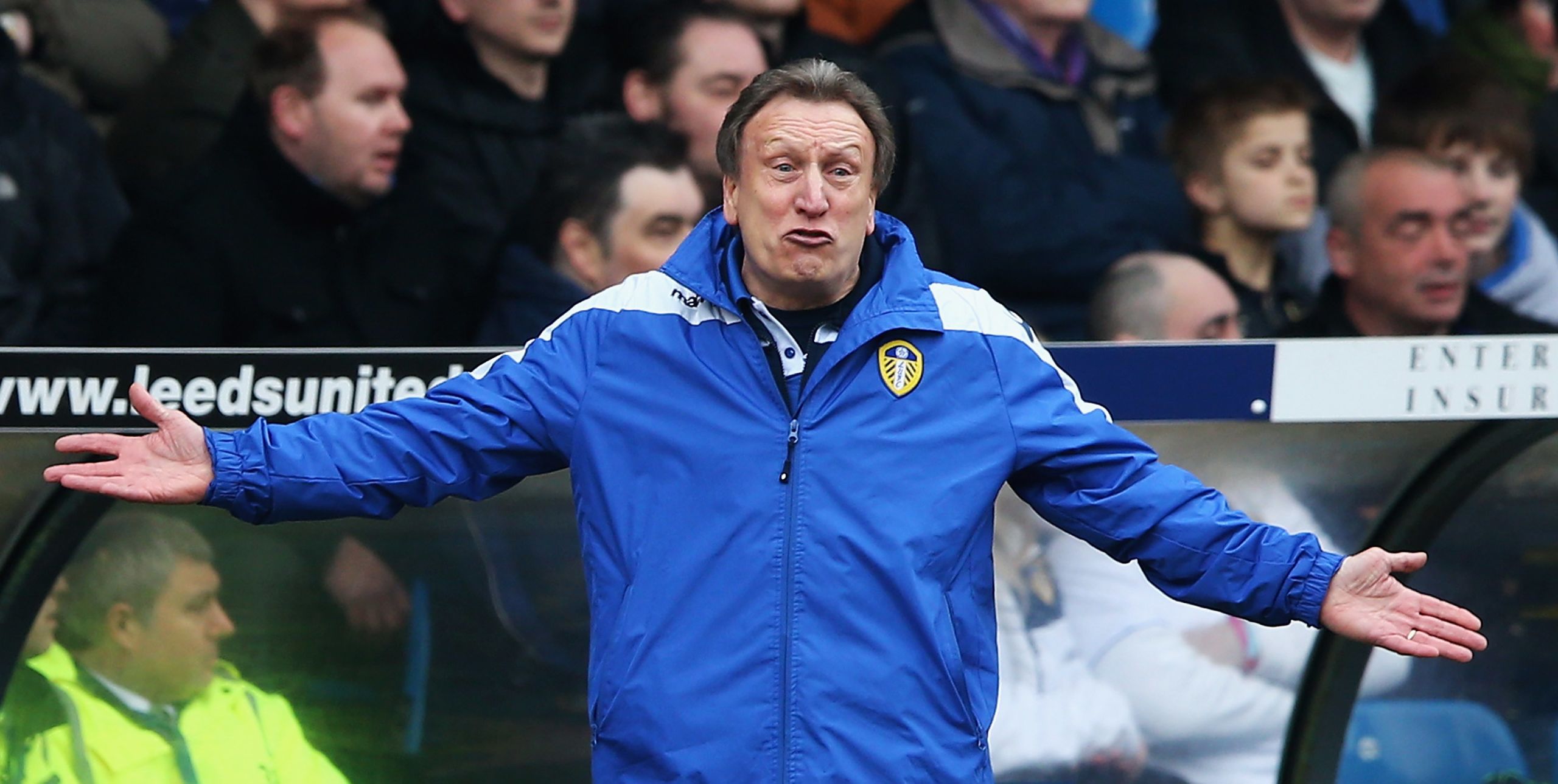 Bates then sold the club to GFH Capital, and Warnock himself would last just over a year before being replaced by Brian McDermott in April 2013. Again it was another campaign of mid-table mediocrity, as Leeds finished 13th in 2012/13. 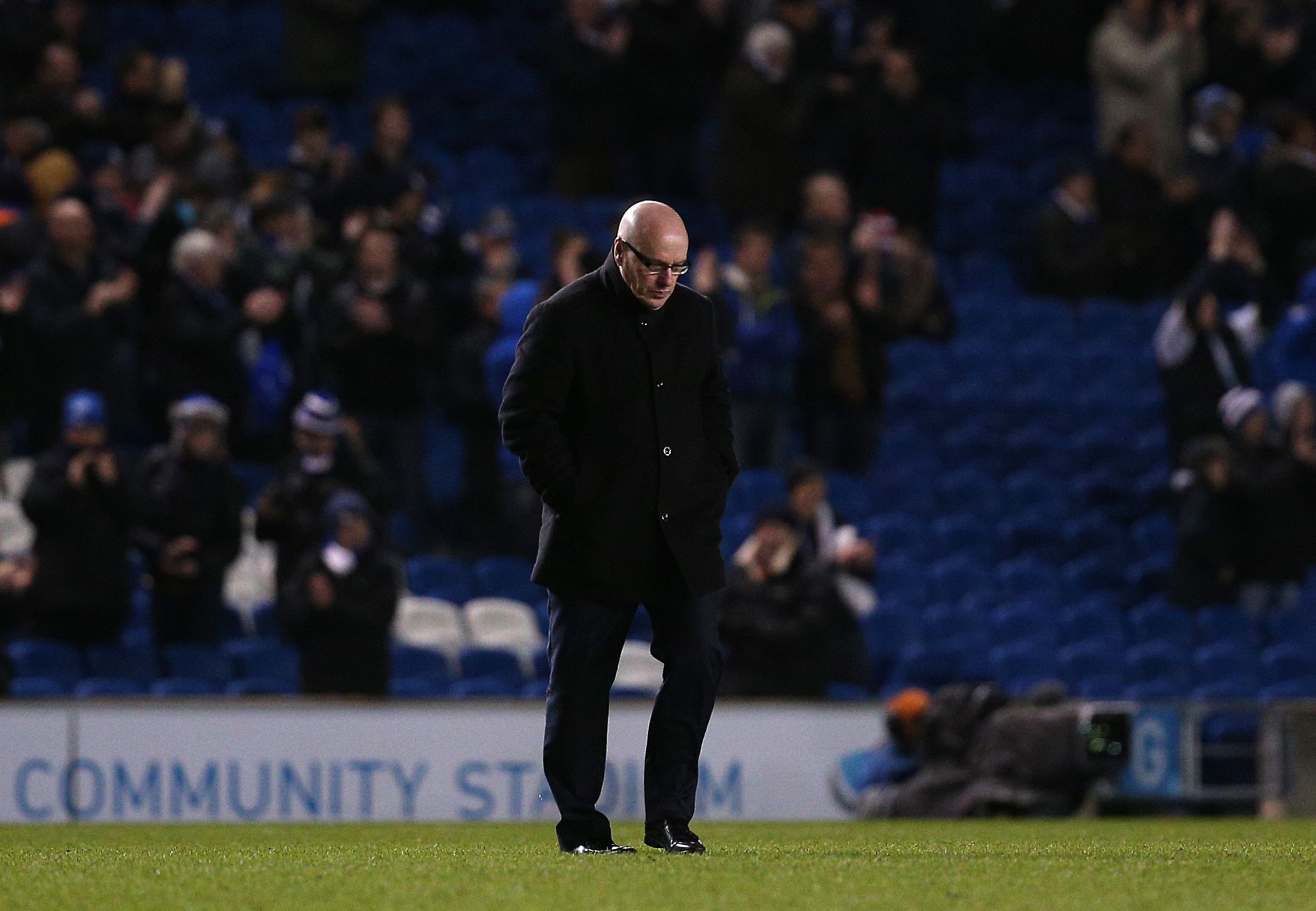 If Leeds fans thought there had been turbulence under previous ownership, they had seen nothing yet.

In 2014, Italian businessman Massimo Cellino acquired the club from GFH, attempting to sack McDermott before he had even finalised the takeover.

The old owners then reinstated McDermott, but he didn't last much longer. Cellino's takeover was ratified in April of that year and he was shown the door at the end of the season.

Cellino then appointed Dave Hockaday, who had previously been managing Forest Green Rovers in the National League. Hockaday would last just six games and didn't even get through to the end of August of the 2014/15 season.

Darko Milanic then took charge of just six games before his dismissal, leading to Neil Redfearn - who had previously taken caretaker charge on three separate occasions - being given the job on a permanent basis. He saw out the campaign as they finished 15th.

Uwe Rosler came in at the start of the next campaign but managed just two wins in 12 games before being sacked, while Steve Evans then completed that campaign as they again finished 13th.

Things appeared to take an upwards turn in 2016/17 as Garry Monk was appointed and Leeds looked destined for a top-six finish. In mid-March 2017 a push towards automatic promotion even looked a possibility, but a failure to win any of their final five games saw them drop out of the play-offs altogether. 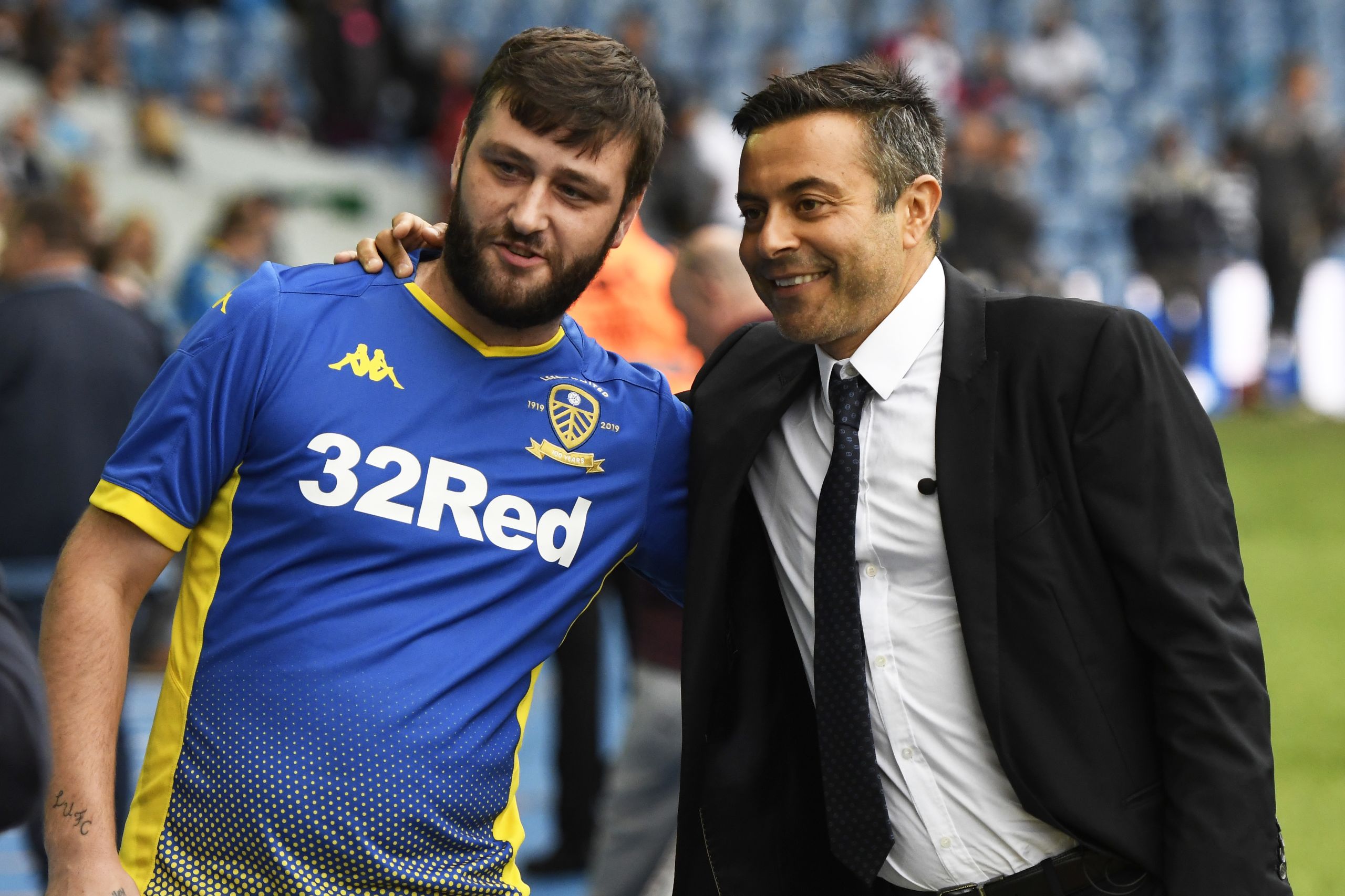 2017/18 saw the end of the chaos of the Cellino years, but no more success on the pitch. Andrea Radrizzani took over the club and appointed Thomas Christiansen. 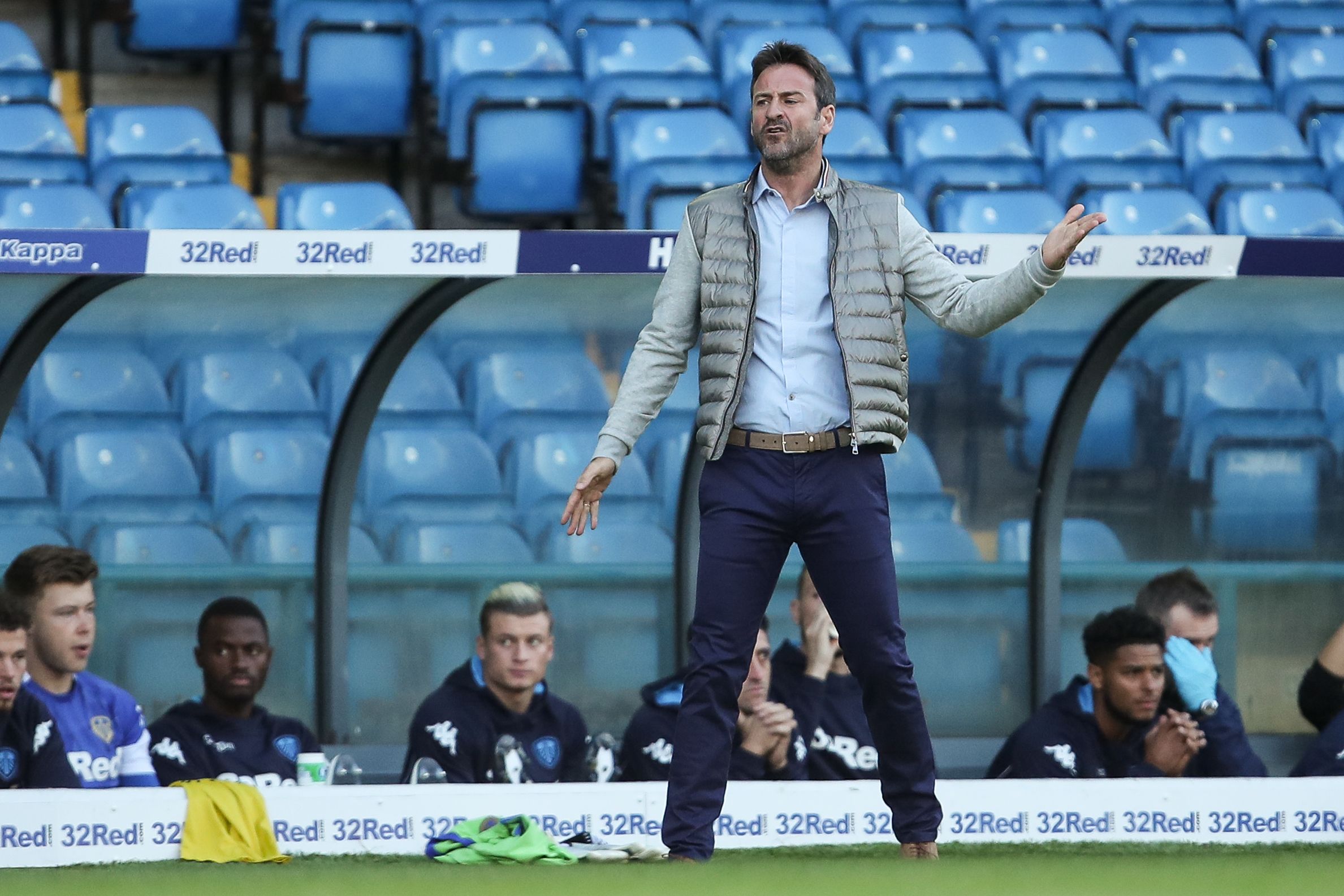 Six wins and two draws from their first nine games saw Leeds move top of the Championship, but momentum quickly dissipated and Christiansen was sacked in February 2018 after a 4-1 defeat at home to Cardiff.

Paul Heckingbottom was appointed, as he left local rivals Barnsley, but he only managed four wins throughout their final 16 games of the season before also being dismissed. 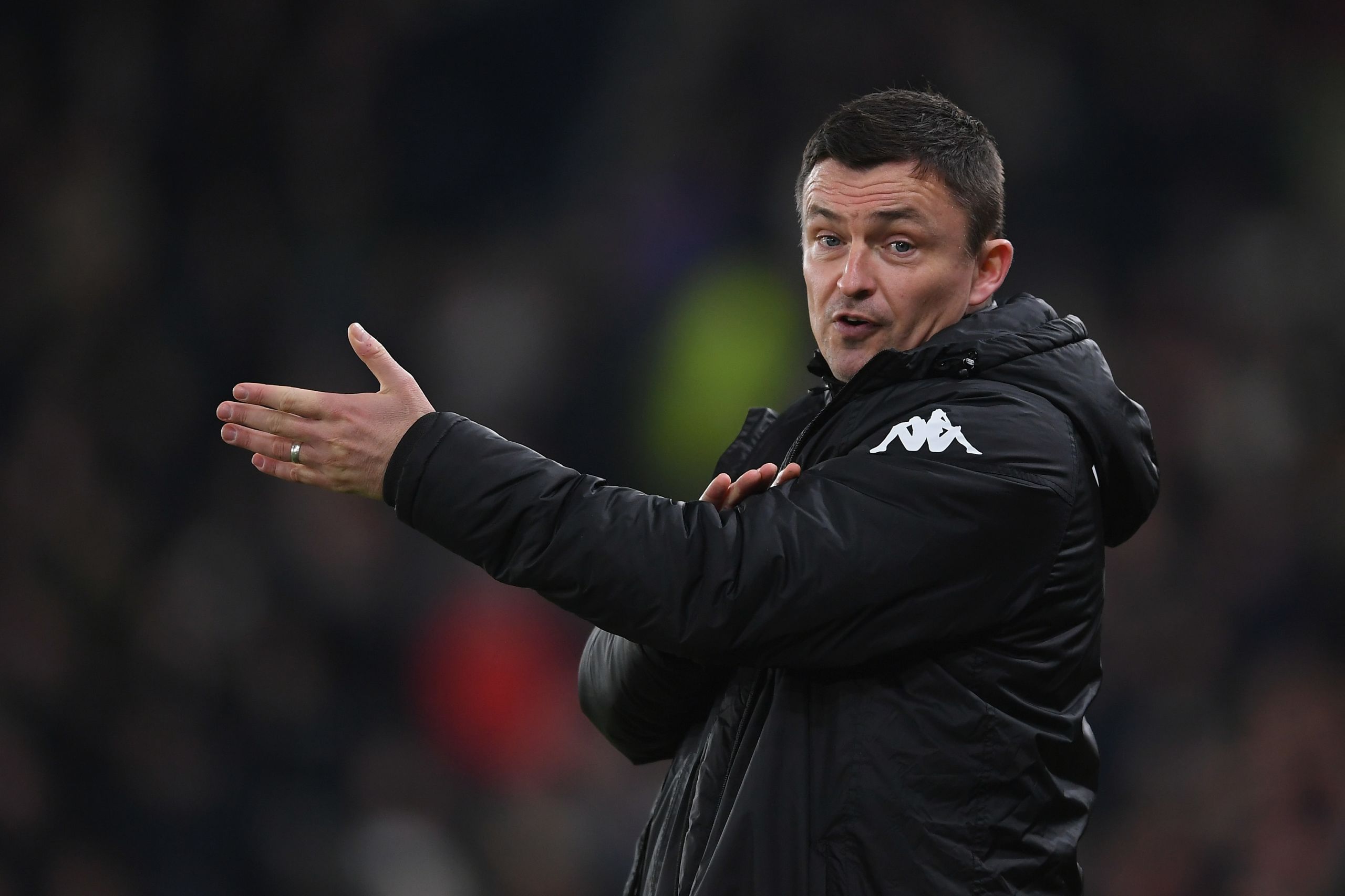 Marcelo Bielsa: The man who revolutionised the fortunes of Leeds United.

'El Loco' - the managerial influence of the likes of Pep Guardiola and Mauricio Pochettino arrived at Elland Road and his impact was immediate.

Leeds looked nailed on for promotion and were in pole position for the top two with as little as four games to go - as they led Sheffield United in third place by three points.

A shock defeat at home to 10-man Wigan on matchday 43, however, saw them implode and they collected just a point from their final four games.

They went into the play-offs as the favourites, and even beat old adversaries Derby County - of 'Spygate' et al - in the away leg of their semi-final 1-0 - but a chaotic second leg at Elland Road saw them crash to a 4-2 defeat and out. There would be no hangover, though.

Bielsa stayed, a couple of key signings were made and the determination to go one better was right there from the off.

There have been a couple of wobbly moments, but Leeds dropped no lower than fifth all season, and were permenantly in the top two from mid-November onwards.

The coronavirus crisis led to a lengthy break, and worries it may not happen if the season were curtailed, but Leeds returned from the suspension in a frenzy, determined to win promotion for the supporters who couldn't be there to watch. And finally, in mid-July, they got the job done with two games to spare.

After 16 years away. Leeds United are back in the Premier League.