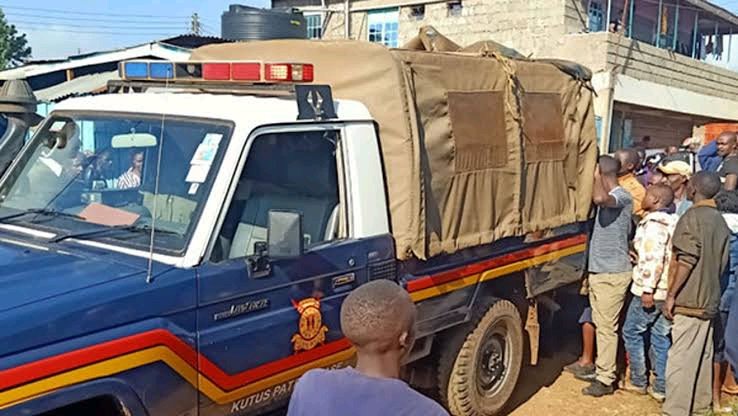 New information has emerged about how the slain wife of a 35- year- old man, Paul Murage, repeatedly prophesied her death to her villagers.

It has now been revealed that the alleged killer' s wife, Millicent Muthoni, had previously advised her neighbors not to grieve if they found out that she had been murdered by her husband.

The tragic tragedy resulted in the deaths of four children and their mother in an ugly case into which the police have now launched a thorough inquiry.

According to new data from the standard newspaper, the alleged killer went to the police station after the dirty incident and gave out two packets of bhang, and he was quickly detained, only to reveal that it was not the main motive for his visit.

The alleged murderer then went into detail about the murders he had done, telling the police officers every detail of the five family members he had murdered. 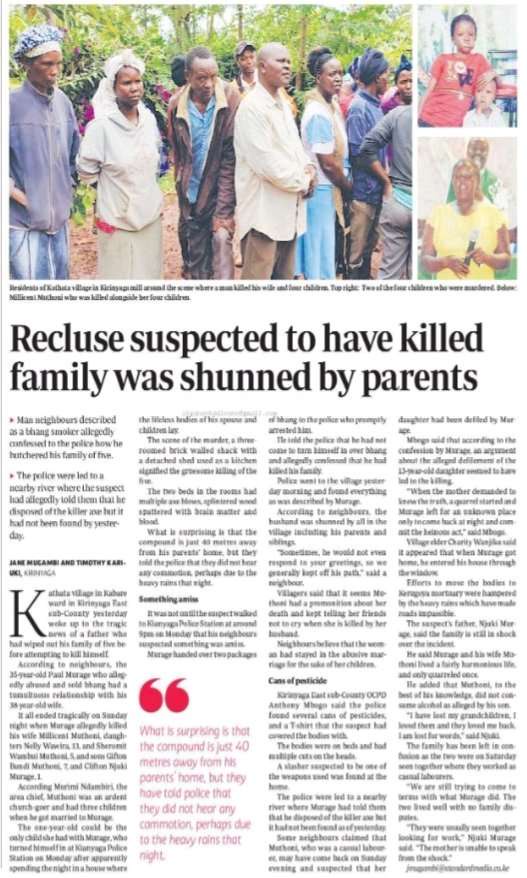 After Paul Murage brought himself in at a police station, authorities discovered Muthoni' s body and that of her four children, daughters Nelly Wawira, 13, and Sheromit Wambui Muthoni, 5, and sons Gifton Bundi Muthoni, 7, and Clifton Njuki Murage, 1.

OCPD for Kirinyaga East sub- county According to Anthony Mbogo, the couple had frequent fights that often turned physical. After Muthoni demanded to know why he had forced himself on his step- daughter, the gruesome episode occurred.

" When the mother demanded the truth, a disagreement erupted, and Murage fled to an unknown location, only to return at night and perpetrate the horrible act, " Mbogo said, adding that the bodies were taken to Kerugoya morgue while the investigation into the incident continues. 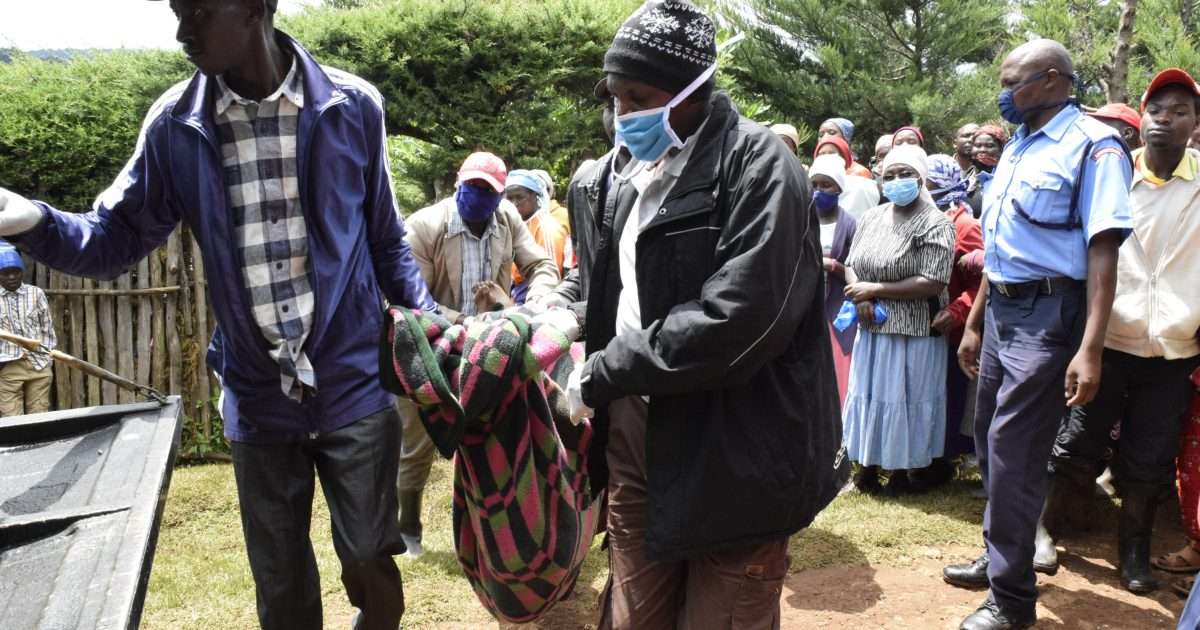 Meanwhile what do you think the government can do to stop this? kindly give your opinion on the comment section below and share this article widely for more updates follow me.