Red Devils have reportedly targeted Ajax midfielder, Donny van de Beek, as a possible replacement for Paul Pogba. There is a large amount of interest in the 23-year-old midfielder, with Man United looking to bolster in midfield.

Paul Pogba has been strongly linked with a move to Real Madrid, so a summer move for midfielder Donny makes sense as an ideal substitute in that position.

A few players left the Johan Cruyff Arena at the end of last campaign Matthijs de Ligt and Frenkie De Jong among others, but Van de Beek stayed.

This campaign, Donny racked up 14 goal contributions in 23 Eredivisie games. However, the covid19 pandemic has prompted the Dutch FA to cancel the campaign, ultimately eliminating his team’s chances of winning the league.

Many transfer rumours from the 2018/19 campaign have remained. Newcastle and Everton have reportedly shown interest in signing Ajax’s midfielder. However, this report claims that the Red Devils are transfer ‘favourites’ for the Dutchman.

If this deal goes ahead, it will upgrade Red Devils and provide healthy competition for the likes of Fred and Scott McTominay, and it would surely also be a boost to land this top talent ahead of other Premier League clubs. Manchester United head coach Ole Gunnar Solskjaer has announced his desire to invest in the summer transfer market ahead of the 2020-21 term.

The Red Devils have been mentioned with big-money moves for the likes of Jadon Sancho and Jack Grealish in the latest months, although the financial implications of the COVID-19 pandemic are likely to lead to drastic changes in the transfer landscape.

Nevertheless, Ole has confirmed that he is ready to make the changes to the United roster that he feels are necessary for the side to compete for PL glory in the not-too-distant future.

“Obviously Manchester City and Liverpool the last couple of seasons have put the standard where it should be to win the league,” Ole said in quotes attributed to the Evening Standard.

“We’ve developed over the season and now we had a spell of 11 unbeaten and now you add Paul Pogba and Marcus Rashford to that and you’re thinking, ‘Yeah, we’re not too far away’ and I’m very happy with the squad.

“If there are any good deals to be made and players to make us better of course we might have to spend some money on that, but the squad is great to work with and it’s moving in the right direction.

“We’re still not where we want to be, close enough to challenge for the Premier League trophy, but we take one step at a time.

“Hopefully we can challenge for the Europa League and FA Cup this season and top four and then let’s see how much we can invest for next season.” Ansu Fati's father Bori has rejected claims that the 17-year-old Barcelona star will quit the Nou Camp in favour of a move to Manchester United.

Ansu has enjoyed a breakthrough campaign and scored six times for the Catalans.

Recent reports suggested a £135m bid from United had been tabled and turned down by the La Liga giants.

But Ansu's father insists the teenager is happy at the Nou Camp and is prepared to bide his time with some stellar names ahead of him in the pecking order.

"We are enjoying life at Barcelona,' Bori said in an interview with El Larguero. "But my son must be patient for his chances, as he is playing with the greatest footballer ever in Lionel Messi.

"The United links are not true, Ansu is happy here, he is following his dreams. He does not have to start every game, and he has Griezmann and Suarez ahead of him. Ansu has a lot of time."

Barcelona's recruitment has been very hit and miss in recent seasons but Quique Setien, who only took in this season, will be keen to add his own players.

Ansu though is not on his list of players to offload with the 17-year-old poised to sign a new deal with Barcelona that will include a £362m release clause.

The Catalans see him as a potential successor to Lionel Messi and club director Xavier Vilajoana also denied they were prepared to cash in on the La Masia graduate.

He said: "For us, there’s no story with Ansu, we have never spoken about selling him. We won’t use players from the academy to make cash.

"In principle, we have no intention of selling the players we believe will make the first team."

Roma ready to give up on Man Utd defender Smalling 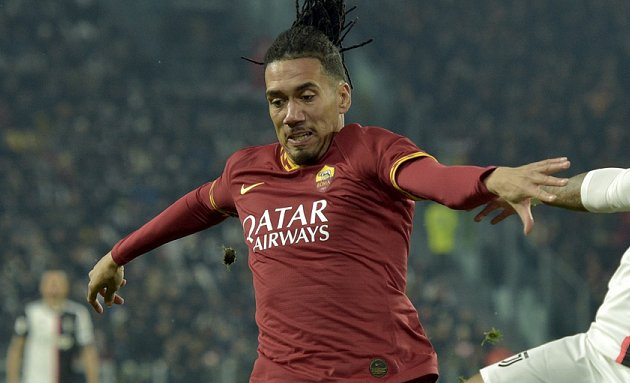 Manchester United are pricing Chris Smalling out of a permanent move to AS Roma.

Il Messaggero says Roma are pursuing other options as they are unable to meet United's valuation for Smalling.

United are unwilling to budge on their €25million valuation of the former England international.

As a result, Roma are considering alternatives including Jan Vertonghen.

Tottenham defender Vertonghen is off contract at the end of this season - so leaving Roma the chance to snap him up for nothing.