FlashbackFriday: These are the high schools your favourite celebrities attended 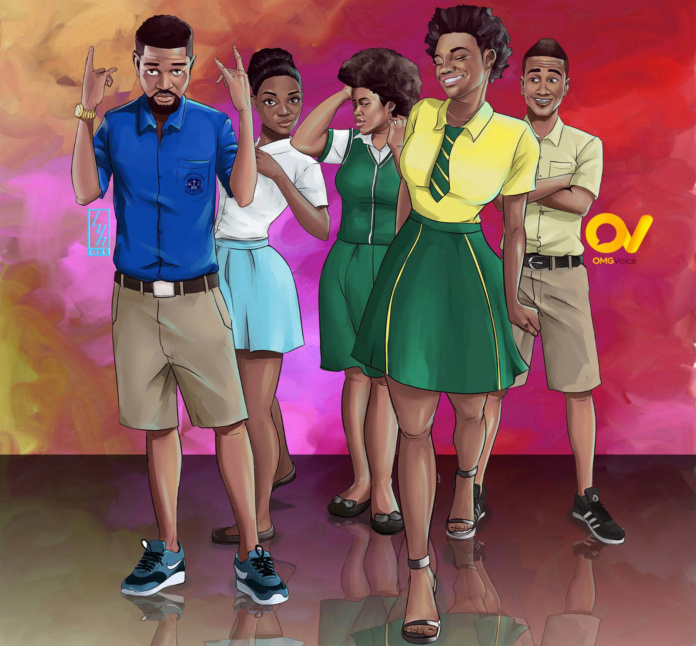 Do you know the high schools your favourite Ghanaian celebrity attended??

Some have always shared the information with the world citing that this was the place that helped them unearth their talents in the entertainment industry.

Others on the hand have been tight-lipped about such information. In this article, we share with you their high school, the courses they took,positions held among other important facts.

For instance, Joselyn Dumas was the entertainment prefect of her school whiles Medikal was quite popular with school authorities as he was almost expelled on a number of occassion.

Sarkodie and Stonebwoy were year mates when they attended the Methodist Day School in Tema. Majid Michel and Van Vicker are both old boys of the Mfantsipim School in Cape Coast as well as members of the Drama Club. Kwesi Arthur is quoted to have said he attended the Tema Senior High School but has not received his certificate due to failure to offset his arrears.

Despite all the drama, fun and challenges they’ve become important people in our industry

Read all about it below

Joselyn Dumas attended the Archbishop Porter Girls where she became the Entertainment Prefect. Asamoah’s Gyana football career begun after he left Accra Academy where he also played for the school team.

Actor and Pastor, Majid Michel is an old boy of Mfantsipim Senior High School in Cape Coast also known as Botwe. According to school records, he was actively involved in theatre and was a member of the school’s Drama Club. As a member of the drama club, he received a Best Actor Award in one of their performances on Emancipation Day in Cape Coast, Ghana

John Dumelo is an old student of the Grey City better known as Achimota School.

M.anifest went to high school at SOS-Hermann Gmeiner International College in Tema. He was the entertainment prefect of his school known as Amet Tsikata

Ghanaian rapper, Medikal attended the Odorgonno Senior High School and was quite popular with school authorities.

Nathan Kwabena Anokye Adisi popularly known as Bola Ray is a Bleeobi. He attended the Accra Academy Senior High School in Kaneshie and is constantly celebrated by the school and it’s old Boy’s association

K.O.D is an old student of Nifa Senior High School

Nana Aba is part of the Nananom family as she attended Ghana National College a.k.a Osagyefo’s own school.

Yvonne Nelson attended Aggrey Memorial Senior High School where she used to mount on stage and rap some bars.