What are the scariest motivational pictures?

Good afternoon this is Barnabas stay tuned to my channel for the latest news updates.

Imagine getting married, having a great day of celebrations.

And then, after all the fun ends and it is time to go home, your parents, your sister, brother-in-law, and their daughter get into a limo to drive home before you head off to the hotel with your husband/wife.

An hour later, they are hit head-on by a vehicle, driven by a man who’s consumed 3 times the legal alcohol limit.

Imagine being one of the first responders, arriving at the scene.

Getting out of your car, seeing a man with a broken back crawling on the ground. The unrecognizable body of a dead limo driver.

And then the horror:

Seeing a bloodied mother holding the decapitated head of her daughter in her hands. 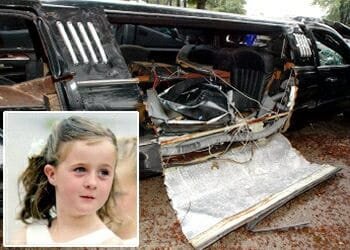 Her daughter - hours before a flower girl - now decapitated by her seat belt in the impact.

What should have been one of the best days of a family’s life became their unequivocal worst. The family shattered.

Because of this man: 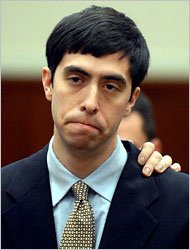 Martin Heidgen chose to drive after having more than a dozen drinks. He is now serving 18 years to life in prison, where he will have to live with the fact that he killed two people, maimed three others, and caused the decapitation of a toddler.

Don’t drink and drive. And if you know anyone who does - do something about it.