Chris Embarambamba is a Kenyan songwriter, comedian, singer and performer. He is a highly creative Kisii artist now taking netizens by storm. Indeed, his rare crop of music and theatrical dance moves have never been tested anywhere else. The dramatic musician is still king of gospel comedy.

A list of trending embarambamba dancing styles are rib cracking.

He deserves credit for being founder of a funny yellow-dotted suit and a humorous music genre, Comedy Gospel 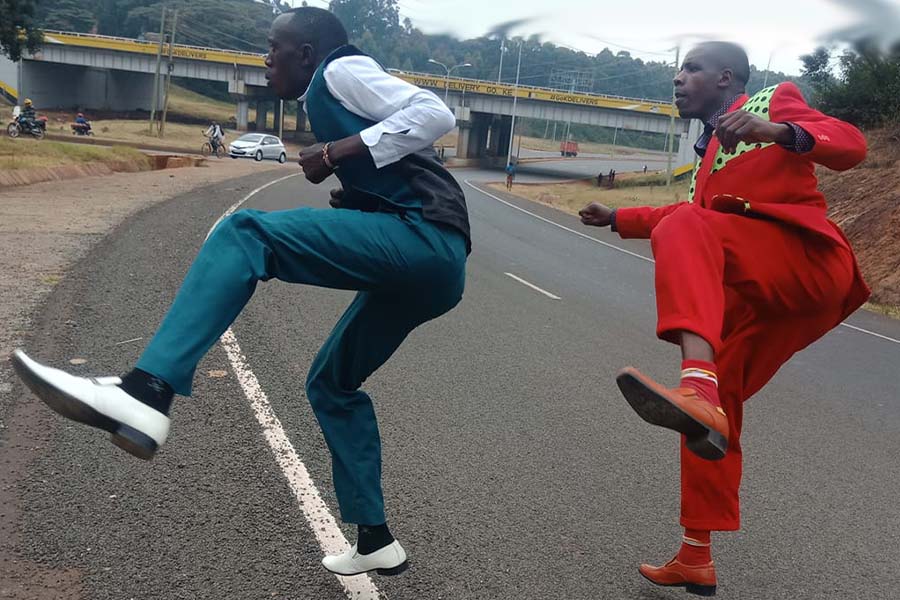 Chris Embarambamba is founder of the famous Egetendegese dance move.

How he manages to swing his legs while keeping steady is interesting to most supporters and audiences. This creates humour to those who are watching him dancing. None from Embarambamba’s legion of cheerleaders has successfully tried the mud dance.

The mud dance is in itself a patent because of being too hard for anyone to copy and own as a music brand. Some people may think that the guy extraordinarily mad. 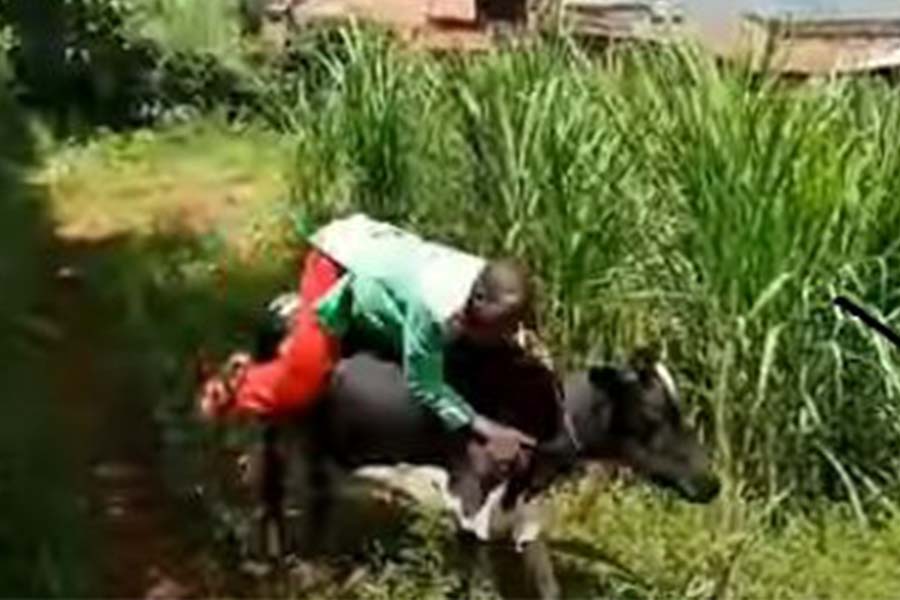 Embarambamba is a man of motion, preferring to ride when performing. Jumping on the back of a cow left Kenyans talking and surprised.

He also received a backlash of criticism for jumping on the back of an allegedly married female dancer. 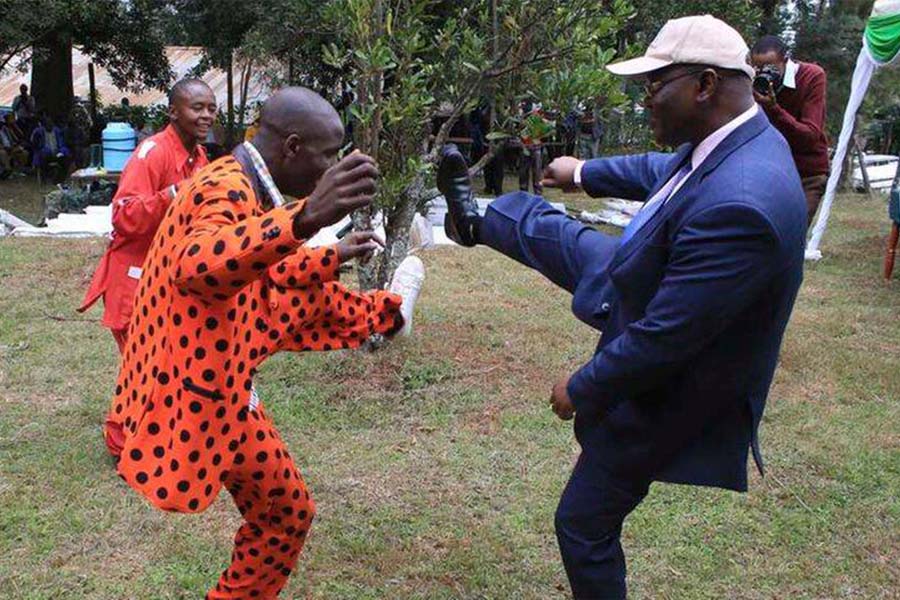 The singer has discovered a new way of shaking all his limbs at once without losing balance.

Kisii Governor James Ongwae is one those that have successfully tested the style on stage alongside Embarambamba. 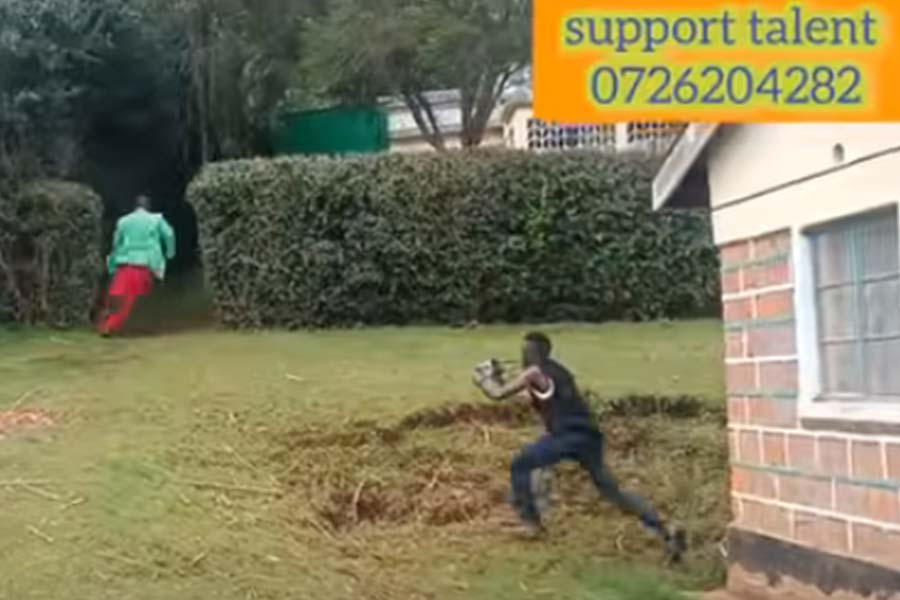 Msanii wa Kisii people love nowadays, is unforgiving with this dance style, especially when in a banana plantation.

Though it gives camera man hard time, it is so interesting to watch. 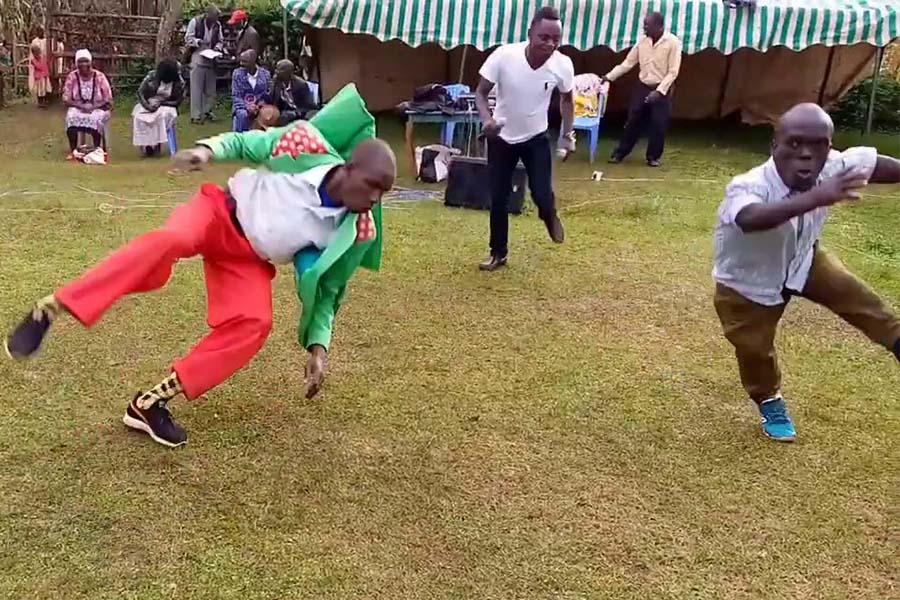 Embarambamba prefers the fly dance style while attending radio and television interviews, perhaps because it is simpler He is often jumping from high objects including trees and buildings. Clearly, he is never afraid of unseen ground objects that may cause harm to his body.

The fact that Embarambamba has never broken a bone suggests high flexibility and fitness.

The high Jump dance is one of the scariest and possibly a reason why Ezekiel Mutua thinks Chris Embarambamba is a danger to himself.