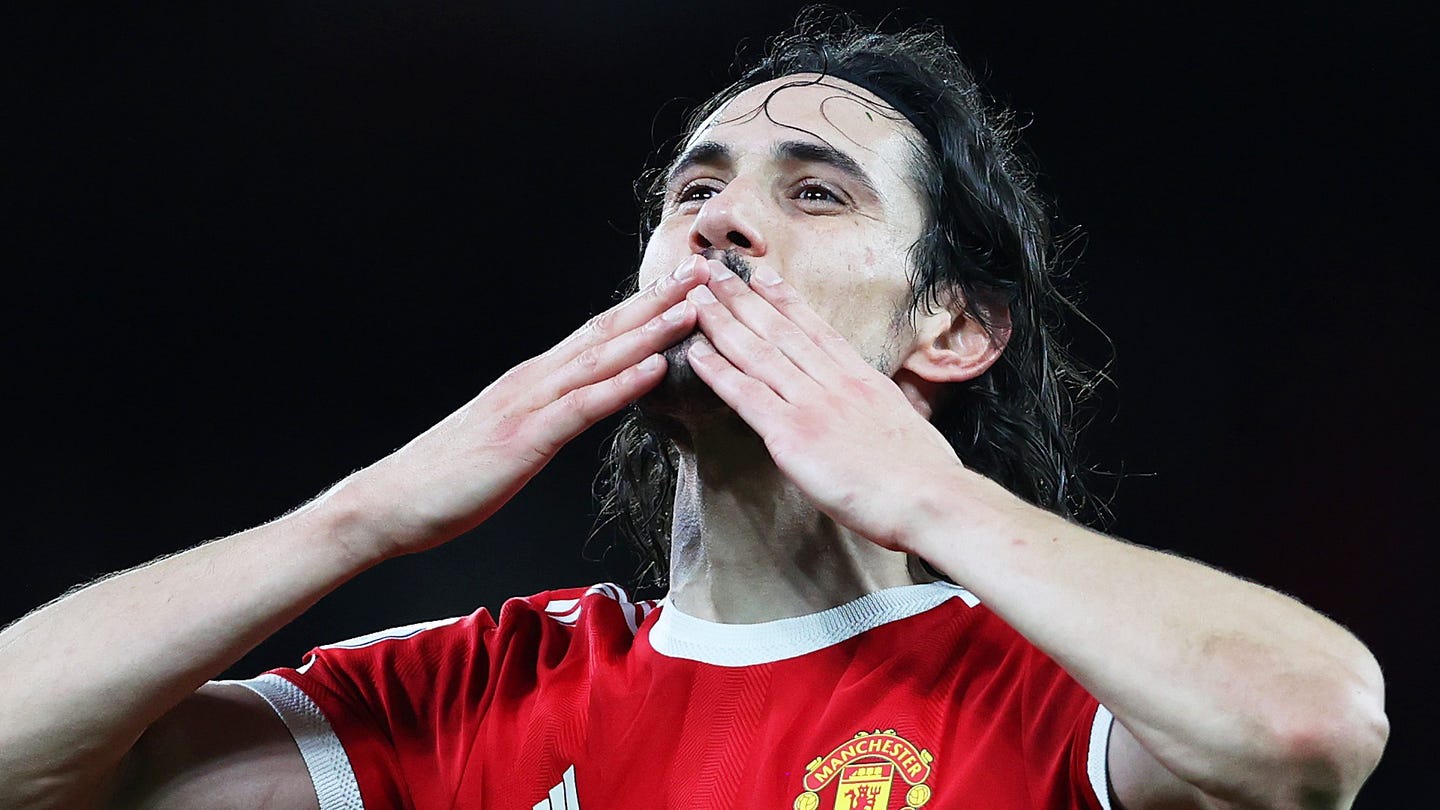 When his contract at Old Trafford ends at the end of the current season, the Uruguayan striker will leave. Manchester United coach Ralf Rangnick has revealed that Edinson Cavani will depart the club this summer.

The Uruguayan striker made his final appearance for Manchester United in a 1-0 loss to Crystal Palace on Sunday. Cavani's contract expires this summer, and the club's German coach has stated that he will leave in the approaching transfer window.

What has Rangnick said about Cavani's future?

With the exception of the ex-Paris Saint-Germain player, Rangnick expects the club to appear similar next season. "It would be nice to end the season with a strong game, three points," he told MUTV. "Except for Edi Cavani, who will continue to play for this club next season, our starting XI will consist of ten players. They'd probably prefer to participate in the Europa League rather than the Conference League."

How did Cavani perform for Man Utd?

In October 2020, Cavani joined the Red Devils on a free transfer. After his contract with PSG expired, the forward joined United and played 58 times for them. Cavani ended up scoring 19 times in the United jersey, with 20 of those appearances coming in the 2021-22 campaign.

However, the former Palermo star was unable to assist Rangnick's side finish in the Premier League's top four this season. They finished sixth in the rankings after a 1-0 loss at Crystal Palace on Sunday, ensuring a place in the Europa League next season.