Ofafa Jericho School On Fire And Many Injured 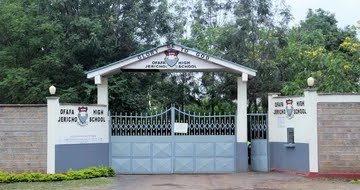 A fire incident has been reported at Ofafa Jericho High School in Makadara Constituency. At least 50 students have been rushed to Metropolitan Hospital in Buruburu after inhaling smoke while trying to put out a school fire. Nairobi County fire engines and police officers are currently at the scene.

According to Dr Kanyenje Gakombe who is the CEO of Metropolitan Hospital in Buruburu, they have received 50 students from Ofafa High school and they are currently being examined. The has left a mixed reaction between the parents and the teachers in this environment since the real course of the fire is not yet known. The same incident happened at sigalame Highschool last month in Busia county that led to the closure of the institution.

This has hit all the news platforms in Kenya in reporting on the occurrence of the fire outbreak that has left many students without bedding and clothing. The cause of these fire outbreaks has not been revealed. Investigations in due course