The Attributes and Sudden exploit of a True soldier

The Attributes and Sudden exploit of a True soldier.

Israelites in their usual way once again went on to worship idols and the Lord allowed their enemies to harass them. This time by the Midianites for seven years. The Bible records that the Midianites were so cruel that the Israelites took to the mountains, living in caves and dens and were reduced to abject poverty (Read Judges 6:1 & 2).

But when they returned to God, He brought succor through Gideon. It all started when he made himself available for the task; he offered God’s angel a gift of meat and unleavened bread which was a clear evidence of his readiness in sacrifice (Judges 6:21).

God’s ways and strategies in fighting for His people are so numerous that no one could comprehend it. They are always new; no man can fathom its relevance. Gideon was to present three hundred men for a battle against a nation (in which they were to be and serve as mere spectators, does this make sense to you?). There was neither a raise of hands nor swords by Gideon nor his men; God caused the enemy’s troops to fight and kill each other with no man standing. This did not happen until hundred men with Gideon suddenly blew their trumpets and broke their clay jars that their touches blazed into the night and the other two hundred men did same…..all yelling “for the Lord and for Gideon.” You and I can only do exploit for God as His children—His battle axe when we prepare our heart and make ourselves available whenever He calls.

Prayer: No victory come without your help oh Lord; make me a victor indeed in Jesus Name. Amen! 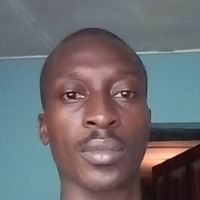