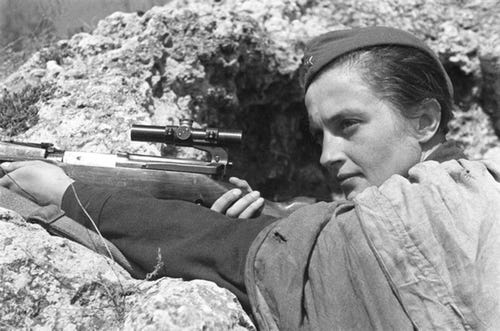 In early 1941, Lyudmila Pavlichenko was studying history at Kiev University, but within a year, she had become one of the best snipers of all time, credited with 309 confirmed kills, 36 of which were German snipers.

Pavlichenko was born in 1916 in a small town in Ukraine.

She was described as an independent, opinionated tomboy who was "unruly in the classroom," as the Smithsonian notes. At the age of 14, Pavlichenko's family had relocated to Kiev, where she worked as a metal grinder in a munitions factory.

Like many young people in the Soviet Union at that time, Pavlichenko participated in OSOAVIAKhIM, a paramilitary sporting organization which taught youths weapons skills and etiquette.

“When a neighbor’s boy boasted of his exploits at a shooting range,” said Pavlichenko according to the Smithsonian.

“I set out to show that a girl could do as well. So I practiced a lot.”

On June 22, 1941, Hitler broke ties with Joseph Stalin and German troops poured into the Soviet Union. Pavlichenko rushed to join the Soviet army and defend her homeland, but she was initially denied entry into the army due to gender.

"She looked like a model, with well-manicured nails, fashionable clothes, and hairstyle. Pavlichenko told the recruiter that she wanted to carry a rifle and fight. The man just laughed and asked her if she knew anything about rifles," Soviet-Awards.com wrote of Pavlichenko's effort to join the military. 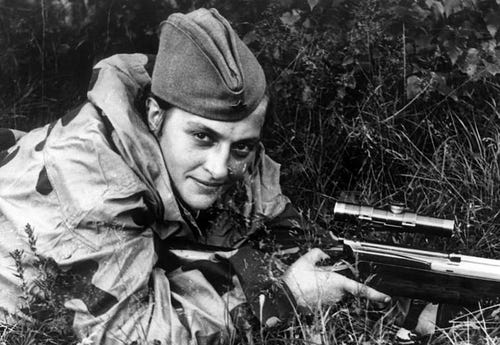 Even after Pavlichenko presented her marksman certificate and a sharpshooter badge from OSOAVIAKhIM, officials still urged her to work as a nurse.

“They wouldn’t take girls in the army, so I had to resort to all kinds of tricks to get in,” explained Pavlichenko.

Eventually, the Red Army gave her an "audition" by giving her a rifle and showed her two Romanians downrange who were working with the Germans. She shot down the two soldiers with ease, and was then accepted into the Red Army’s 25th Chapayev Rifle Division. 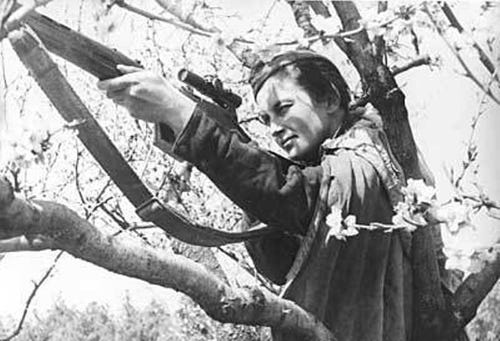 Pavlichenko then shipped out to the battle lines in Greece and Moldova. In very little time she distinguished herself as a fearsome sniper, killing 187 Germans in her first 75 days at war.

Snipers in these battles fought between the enemy lines, often far from their companies. It was extremely dangerous and careful work, as she had to sit perfectly still for hours on end to avoid detection from enemy snipers. After making a name for herself in Odessa and Moldova, Pavlichenko was moved to Crimea to fight in the battle of Sevastopol.

Her reputation earned her more dangerous assignments, eventually facing off one on one with enemy snipers. The Smithsonian reports that she dueled and killed 36 enemy snipers, some of whom were highly decorated themselves.

“That was one of the tensest experiences of my life,” Pavlichenko reportedly said.

Pavlichenko's gun, the Mosin Nagant, held only five shots, was bolt-action, fired a .30 calibre round, and kicked like a mule. The Swedish Army Museum via Wikimedia Commons

She spent eight months fighting in Stevastopol, where she earned a praise from the Red Army and was promoted. On several occasions she was wounded, but she was only removed from battle after taking shrapnel to the face when her position was bombed by Germans who were desperate to stem the tide of her mounting kill count.

She had become a well known figure in the war, as a protagonist in the Red Army's domestic propaganda, and the scourge of German soldiers all over the Eastern front. The Germans even went so far as to address her over loud speakers, offering her comfort and candy should she defect and join their ranks.

Pavlichenko became a sniper instructor and was soon invited to the White House. 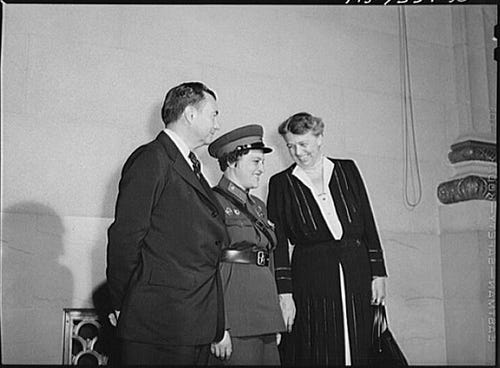 She became the first Soviet soldier to visit the White House, where she met with President Franklin Roosevelt and first lady, Eleanor Roosevelt. Pavlichenko became angry at the US media for the blatantly sexist way they questioned her about the war. Her look and dress was criticized. When she was asked if she wore make up to battle she responded, “There is no rule against it, but who has time to think of her shiny nose when a battle is going on?” 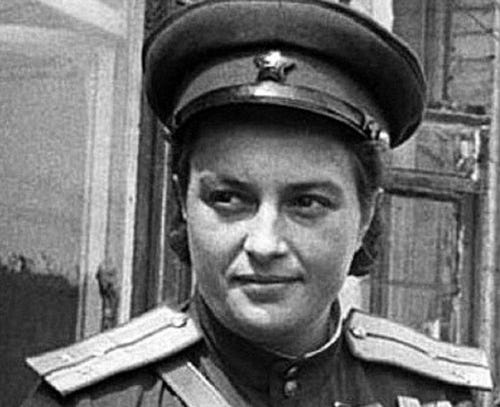 “I wear my uniform with honor. It has the Order of Lenin on it. It has been covered with blood in battle. It is plain to see that with American women what is important is whether they wear silk underwear under their uniforms. What the uniform stands for, they have yet to learn,” she told Time Magazine in 1942.

Pavlichenko was one of 2,000 female snipers who fought for the Red Army in World War II, and one of the 500 who survived.

Her score of 309 kills likely places her within the top five snipers of all time, but her kills are likely much more numerous, as a confirmed kill has to be witnessed by a third party.

After the war, Pavlichenko went back to finish her Master's Degree at Kiev University.

In April of this year, Pavlichenko's story was immortalized in a film called "Battle for Sevastopol" in Russia and "Indestructible" in the Ukraine.

The film was shot during the 2013 EuroMaidan protests in Ukraine, and financed by both Russian and Ukrainian backers at the start of a conflict that would become bloody and divisive, however the film is a testament to the outstanding career of Pavlichenko, a common hero among both parties