"Not all debt is bad because if you're buying a capital asset then that is a positive debt... but then people get into debt for a certain lifestyle so if their end goal is to enjoy a certain lifestyle, then they would be discouraged," mentions Gachara.

He then lists some simple mistakes that trap people into negative debt.

Mr Gachara states that people spend a majority of their income not considering savings.

He highlights how lack of planning leads you to negative debt.

"For example, budgets such as schools fees where it's expected arrive in 3 months time, they lack to plan ahead of time. When that time comes, they quickly opt to get debt," comments Gachara.

The financial expert mentions that local microfinance institutions and banks have made it very easy for people to easily access credit loans. 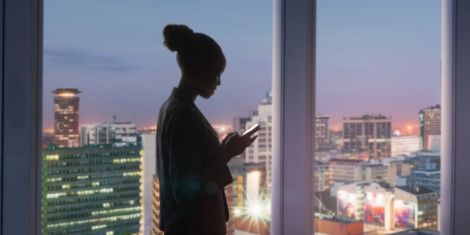 He also provides some tips to help you avoid getting into debt as well as clearing your debt.

1) Pay As Soon As Possible

"The first rule of debt is paying as soon as possible to save on interest...the longer the debt, the more you pay in interest."

He states that people who often go into debt to earn an income have an asset.

"People often buy a personal car which depreciates in value but if they buy it to earn an income, you find the car paying for itself," comments Gachara.

He advises on delayed gratification as a target to paying off your debt.

"...for example, if you usually spend x amount on entertainment, maybe you can decide to scrape entertainment off your budget. Basically adjusting your lifestyle so that you can pay off that debt"

Looking for institutions that are cheaper in debt is an important skill.

"SACCO (Savings and Credit Co-operatives) usually give the lowest interest... maybe if you're a member of a SACCO, you can approach a SACCO to pay of your debt... and with that, you save huge in terms of interest."

Gachara advises that planning your finances in advance and developing a saving culture is critical.

"Get into saving...for example, if one knows they have an obligation in December, they can start planning in January saving little by little, placing it in money markets so that they also get an income,"

"Also placing money for emergencies because you'll find certain people borrowing money when emergencies occur such as medical expenses which could have been taken care of by medical insurances."