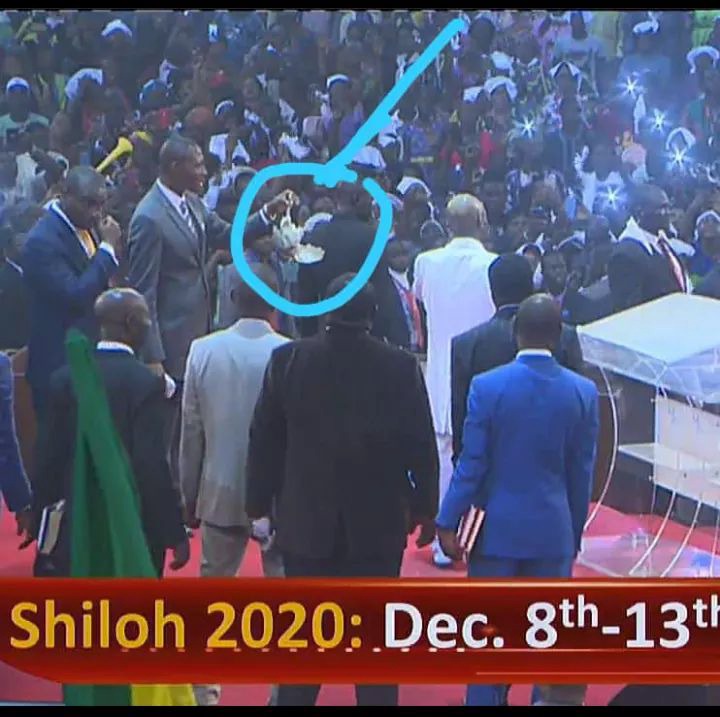 One of the raw manifestations of the move and power of God witnessed at Canaanland, venue of the just concluded Shiloh annual programme of the Living Faith Church Worldwide a.ka. Winners Chapel was a mystery bird that dropped dead right inside the Faith Tabernacle before the congregation.

The mystery bird allegedly flied from nowhere but fell down dead inside the Faith Tabernacle when the General-Overseer, Bishop David O. Oyedepo was later led by the Holy Spirit to return to the congregation who were still in high praise and thanksgiving for the successful end of the 2019 Shiloh programme.

According to a worshipper who witnessed the bird dropped dead, Oyedepo who already left the Tabernacle for his office returned when he said he “felt a pull to go back into the Tabernacle.

The Winner said, “just right after the impartation service today, the congregation continued on in thanksgiving praise. The Bishop and his team left for the office but while there he said he felt a pull to go back into the tabernacle.

So he joined, the praise took another turn as they danced and sang praise unto God. But all of a Sudden, a bird fell out of nowhere inside the faith tabernacle and fell down dead. It was brought to the altar and the Bishop declared that everything and anything pursuing you will fall down dead for your sake in Jesus name.