Will the state allow Miguna to run for Nairobi gubernatorial seat? 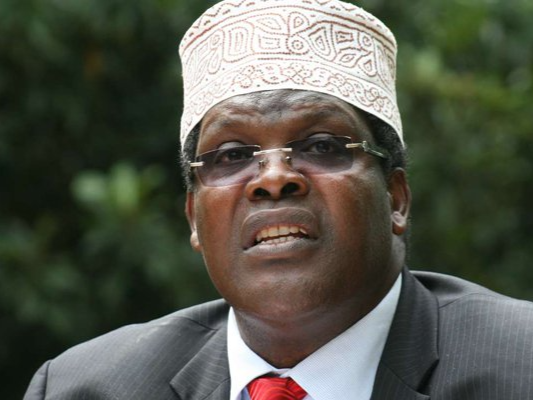 Yesterday a series of events happened. Our social media platforms were heating up. At first, the Sagana declaration was the discussion. We spent the entire night glued to our televisions. The second event was the interview on KTN news.

Ken Mijungu hosted an interview with the famous lawyer Miguna Miguna. We all know how influential this guy has been. Miguna Miguna was forcefully exiled to Canada in the aftermath of the 2017 elections. He took part in the swearing in of the ODM Party leader Raila Odinga. If you can remember the harassment he received at the airport. He has ever since been residing in Canada.

For those of you who missed the interview, the Sensational Kenyan lawyer Miguna Miguna has joined the race for the Nairobi governor seat. Speaking to KTN News on Wednesday evening, Miguna said he will be giving his second stab at the City-County top seat in the August 9, polls.

“I intend to run for the Nairobi governor seat. I am a registered voter and I can run for any office," Miguna said.

“I will be running on a party yet to be declared. Wait for the announcement, if I change my mind I will let you know,” he stated.

Miguna, however, faces several hurdles in his bid considering that he has been blocked from entering Kenya despite several court orders favouring him. We have witnessed all the dramatic events when the lawyer has been attempting to come home. Many of us have been eyeing an opportunity to get out of this country but to Miguna Miguna that is a nightmare to him. Home seems the only best place for him.

Kenya has maintained that the lawyer has to apply for his passport afresh, a directive Miguna has objected saying he never lost his citizenship.

He has become a liberal who criticizes everything our government has been doing. Miguna Miguna is also a political analyst who shared his opinion on the current state of the Azimio la Umoja.

As you all can see, he is certain that Raila cannot make it to the mountain. Despite all the support Uhuru is going to offer, the mountain is too muddy for him to climb.

Back to his ambitions, will the state allow Miguna Miguna to come and enjoy his democratic right as any other Kenyan?

This seems impossible to me. May be he should just humble and apply for the passport afresh. Sometimes pride gets us into holes we cannot save ourselves from.