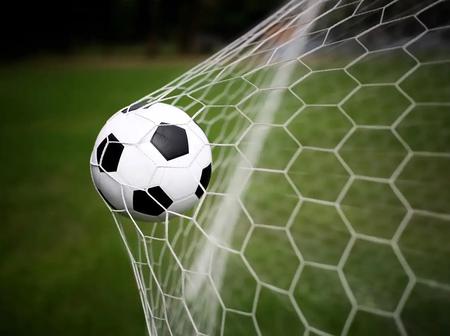 Many experts consider Bayern Munich to be the best team in the world – and it would be foolish to argue against them right now. The German Bundesliga is one of the toughest competitions in the world, but Bayern Munich are yet to lose a match in this season, having conceded just 8 goals in 16 matches. Franck Ribéry, Mario Mandžukić and Arjen Robben will want to have their sights on a much bigger trophy, however.

Atlético Madrid might be sitting on the sixth spot of this list, but the team is on a real high at the moment, as it is still competing for both the La Liga and the Champions League title. In fact, it is yet to lose a match in the latter, having topped the group with 16 points. Diego Costa is its main hero with 15 goals, but it would be wrong to go without mentioning David Villa's incredible performances as well. Atlético Madrid is also one of the two teams to score seven goals in one match so far in the 2013/2014 La Liga, having beaten Getafe by seven goals to nil in November

Lionel Messi's recent struggles have contributed to FC Barcelona's seemingly poor position in this list, but they haven't stopped the club from being the main favourite for the La Liga title in this season, as Alexis Sánchez, Neymar and Pedro stepped up to the mark and combined for 22 goals in just 16 matches. The crushing 7-0 victory over Levante has been the main highlight of the season so far, but would anyone really expect anything less than that from such a strong team?

Cristiano Ronaldo is never far from being in the headlines – and for a very good reason. The leading La Liga and Champions League goalscorer has single-handedly carried Real Madrid to the play-off stages of the Champions League, but he will need some support in order to resurrect Real Madrid's chances for the La Liga title, as the recent 2-2 draw against Osasuna saw the club fall five points behind Barcelona. Nevertheless, we are undoubtedly going to see Real Madrid being in the spotlight right from the start of 2014.

Manchester City have produced some superb performances in recent weeks and are now closing in on Arsenal and Chelsea in the Premier League, so it is hardly surprising to see them at the very top of this list. And the Premier League isn't the only big competition in which the team is doing well, as it will also play in the play-off stages of the Champions League in 2014. Sergio Agüero is the leading goalscorer with 13 goals, but Yaya Touré and Álvaro Negredo have also played their parts with 8 and 7 goals, respectively.

The name of the team from Salzburg might not ring any bells if you haven't been around for a while, but you should really start noticing it from now on, as the team has been very impressive in both the domestic league and the Europa League so far. There have been some massive changes in this club and the motivation to succeed is as evident as ever, so we would actually have them among the live underdogs for the Europa League title. Bet365 have them at 41.00 and they certainly might be worth a small play at those odds.

A Greek team topping a list of the highest-scoring clubs? Surely, this must be some kind of a mistake! Well, it isn't – it only confirms the huge difference between Olympiacos and the rest of the Greek Superleague. Olympiacos are yet to lose a match in the domestic league, but the more surprising fact is that we are going to see Olympiacos in the Champions League in 2014, which means that there is plenty of rock-solid substance behind the numbers. So far, Kostas Mitroglou has contributed the most to the club's success with 14 goals in the domestic league and 3 in the Champions League