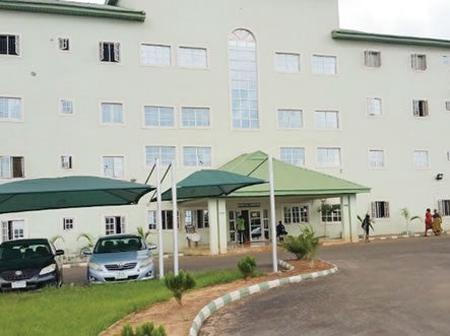 A policeman, Sergeant Sebastine Alumona, has petitioned the management of the Alex Ekwueme Federal University Teaching Hospital, Abakaliki, Ebonyi State, over the death of his daughter in the facility, six hours after she was admitted for treatment in the facility.

The policeman alleged that his six-month-old daughter, Osinachi, died of negligence, professional misconduct and administration of wrong drugs to her.

In the petition, which was written on behalf of the cop by a firm of legal practitioners, C. A. Aiyamekhue & Co., a copy of which was obtained by PUNCH Metro, Alumona claimed that his daughter died 20 minutes after she was injected with 1,000mg of Mesporin by one Dr Okeke, a member of the medical team that managed her while on admission.

The policeman maintained that he was emotionally and psychologically traumatised by the fact that the hospital had hidden his daughter’s corpse for over a month without releasing it to him for burial.

According to him, the non-release of the corpse by the hospital management is an indication that it is aware of what led to her death, adding that the current situation had thrown the entire family into psychological disarray.

He called for the arrest and prosecution of members of the medical team that managed his daughter while she was on admission namely: Dr Sunday Nweke, Dr Okeke, Dr Moffi and Dr Uzochukwu Ike.

The policeman urged the management of the hospital not to tamper with the treatment records in the medical folder, which according to him, had disappeared with his daughter’s corpse

Part of the Petition read that our client is the father of a six-month-old baby girl, Onyema Rosemary Osinachi Alumona, who died in your hospital, the Alex Ekwueme Federal University Teaching Hospital, Abakaliki, on February 4, 2020, occasioned by the administration of excess dosage of wrong medication (intravenous injection of Mesporin-1000mg) prescribed by one Dr Okeke, a member of the medical team of Dr Sunday Nweke, a consultant paediatrician.

“That notwithstanding the compassionate supplication of our client to Dr Nweke and his medical team to save his child, who had fallen victim of the administration of excess dosage of wrong medication by Dr Okeke, with the assistance of Dr Moffi, they remained callous, unconcerned and unsympathetic to attend to our client’s dying child till she breathed her last.”

Information gathered that the Commissioner of Police in the state, Awosola Awotinde, intervened in the matter on February 5, 2020, and asked members of the medical team to write statements about what they knew about the incident. However, members of the medical team did not heed the CP’s advice. Efforts to get the reaction of the Chief Medical Director of the AEFUTH, Dr Emeka Onwe-Ogah, on the matter were futile as of the time of filing this report